Under the shrewd tactical guidance of Dr. Zomboss, Zombies will only invade your garden in waves, save maybe for one or two surprise visitors, Use the peaceful intervals to improve your garden by collecting sun and purchasing defensive plants.

Once an invasion begins, it will be only you and a bunch of your battle-hardened plants against the horde. Defeating zombies is also a great way to improve your income, as you can spend the money dropped by zombies over at Crazy Dave’s Twiddy Dindkies to buy some useful – or at least interesting – items.

When someone speaks about a virtual pinball game, there is only one company and one set of games that comes to mind, and that is Zen Studios with Zen Pinball and Marvel Pinball for the PS3. Recently, after much anticipation and waiting, they have released Zen Pinball 2 on the PS3 and the Playstation Vita.

Zen Pinball 2 is more of a one stop shop for all of your Zen Studios pinball tables in one game application. After you download Zen Pinball 2 (for free I might add), all you need to do is import your previously purchased tables into the new format. Now, there have been some importing problems with some tables and Zen Studios have said they are working on a fix. I myself am unable to import my â€œParanormalâ€ table that I originally purchased. It was a bit cumbersome to import all of the tables as you had to attempt to play the table in which the game will tell you to purchase the table or download the demo. Before clicking anything, you have to wait a bit for the info to update where the prompt changes to â€œdownload and playâ€. [Note from EdEN: I had no problem importing my tables. Took about 30 minutes to get them all up and running in Zen Pinball 2. Must have been lucky].

After a lengthy download process, I sat down to play and, of course, the first table I chose was the new Plants vs Zombies table. The one notable thing about this table besides the hordes of cone capped zombies on the table, is that it is super easy. My very first play through lasted for nearly 30 minutes which was exhausting since my goal was to try out each table on the Vita. I scored something like 98 million points and slotted into the number 11 spot of all time scores. This score has obviously been beaten since that time, but it was a blast to get started on a new table.

The Plants vs Zombies table mirrors the actual game since it brings along the trusty Sunflower which provides you with the Sun needed to start adding your plants in order to survive the Zombie hoard. You first have to land the ball below the Sunflower to awake the jolly plant, and after that you must aim the ball in order to run over each Sun icon, which is added to your stock. When enough energy is available, you can aim the ball at the bottom left side of the table, and a new plant will be added to the center of the screen.

When you eliminate a zombie, money will be left up for grabs, and collecting enough money will help you buy stuff from Crazy Dave. Spelling C R A Z Y on the table and then shooting the center hole will make him arrive in his car. You must hit both brake lights to unlock the trunk, and shooting the ball inside will let you pick from all available items. You can buy a Twin Sunflower (double the Sun), a Gold Magnet (double the money from each coin you pick) or a Gattling Pea (which gives you a permanent score multiplier), just to name a few.

You might have noticed a Melon Pult in the bottom right of the screen. Well, once you gain control of it, you can shoot a melon to the cutout zombies that show up on the table. The more times you activate it, the more zombies that can be shot, and you get a very nice bonus by landing each shot.

There are several “Missions” in this table, and you activate them by spelling out B R A I N Z to have the Zombot open its mouth, in order to shoot the ball inside. After that you can pick from several missions, including Welcome Committee (destroy all zombies before they reach the “Welcome” mat in front of the flippers), Zombies Love Football (a Football zombie will go back and forth and you must shoot the ball to lanes he’s not covering, in order to score big points), or defending your turf from an onslaught of zombies, who are slowly moving towards you and are hidden in the fog, thanks to the tough Wall-nut balls you can shoot towards them.

This is the perfect game for on-the-go pinball action or for right at home action, in all its HD glory. The Vita version does not skimp on anything and the graphics look amazing on the OLED screen. The smaller screen does take a little to get used to, especially when considering the depth of some of these tables and having to track multiple balls. And lets not forget that on the PS3, you can take advantage of the wonders that a 3D TV can do for this game. Everything pops-up wonderfully, and it helps you be immersed in the experience. Hours can go by before you realize how long you’ve been playing!

Overall, this is the best virtual pinball game Iâ€™ve ever played and to enjoy it as much as I do, while not being the biggest pinball fan to begin with, speaks loudly about the quality of this game.

This review is based on a PS3/Vita copy of the Plants vs Zombies Table for Zen Pinball 2, provided by Zen Studios 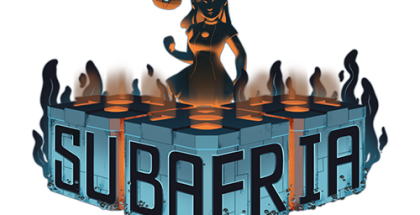