So, you played Tales of Graces f and Final Fantasy XIII-2 earlier this year, and were wondering what is the next JRPG you could play before Ni No Kuni or Tales of Xillia are out?

If you havenâ€™t played it yet, Star Ocean: The Last Hope International (2010) is an awesome game that can keep you entertained for a long time (or a very long time if youâ€™re aiming for the Platinum Trophy!).

Star Ocean: The Last Hope International is the fourth entry, and the Star Ocean series prequel. This game has been developed by Square Enix and Tri-Ace and was originally released in 2009 exclusively for the Xbox 360. It has been ported with a few enhancements the following year on the PlayStation 3, as the International version.

Story [Spoiler free]
I’ll just say the game script is very well written. Instead of telling the synopsis, I’ll let you check this video that starts with the game introduction, then shows off some gameplay:

Gameplay
In Star Ocean: The Last Hope, youâ€™re traveling though space to find a new home for Earth citizens. The planets and dungeons youâ€™ll be visiting are Huge (with a capital H) and enemies are visible on the map as you progress. You can often evade them to quickly reach your destination, but you will not want to do this often because this gameâ€™s Battle System is its greatest highlight, and overall one of the best for a JRPG on this console generation (you can debate this statement in the comments below ;)).

Battle System
If youâ€™ve completely watched the Launch Trailer, you already have a taste on how dynamic this Action-JRPG battle system is! You are controlling one of the 4 party members that are allowed at once in the wide battlefield, and fight enemies by hitting them with the X and Square buttons, or by using magic. The other party members are controlled by a smart AI that can be customized.

Special abilities can also be assigned to the shoulder buttons, and once used, a second one can be triggered right away (and a third one when you get stronger). There are also a LOT of unlockable in-game battle achievements, and by a lot, I mean almost 1000 (!).

Battles must be thought strategically because, though at the beginning of the game you can go straight for enemies, you need to act more carefully as the game progress; going all out might cause a pretty fast and dramatic death (particularly for the later bosses)!

Game difficulty is overall well balanced in Galaxy mode (normal). The game can be played with higher difficulty settings (2 levels harder) once the game has been completed by the previous difficulty.

Private Actions
Warping between new planets takes a few game days. While traveling, the shuttle goes into auto-pilot mode and then you can relax with your crew and reinforce your relations with each one of them. This is, in fact, completely facultative, as you can skip directly to the new planet, but it gives a lot of insight about the characters, their backgrounds, their relationships and a few of them are very funny! Some private actions have prerequisites, which means a few of them are miss-able, but they also individually unlock the endings of each character in your party, so you’ll want to aim for the most important ones (a guide is your best friend)!

Save Points
I made a point about those because they are THE flaw of the game. Their locations are so scarce, that even if there were twice as many save points, it probably still wouldnâ€™t be enough. A few of them are separated by an hour of gameplay time… If you go adventurous and die 45 minutes after your last save, the game will mercilessly bring you back to the title screen. It becomes even worse on the second half of the game when the dungeons have powerful enemies and span over many floors. Ugghhh…

Graphics and Audio
Star Ocean: The Last Hope International shines in the graphical department; most landscapes are beautiful (I would even say extraordinary for some of them!). The in-game engine is very well done and I donâ€™t remember any slow-downs. On the other hand, close ups on the characters during the victory fanfares shows the age of the game (remember, this game was originally released in 2009).

For the soundtrack, most of the tracks are really enjoyable and I still even listen to them sometimes at work. I never got tired of the battle theme no matter how much I’ve listened to it. Some dungeons, however, are too long and you might get tired of their themes.

In English, Iâ€™d say the voice acting is variable. Main characters are well voiced (Edge, Reimi and Faize for instance), but Lymle is so annoying that I turned her voice off in the battle config. You can also switch to the original Japanese voices if you want to feel the game the way it was designed (gotta love the extra space a Blu-ray disk provides!).

Post-game
Once the game is completed (between 40 and 50 hours), a pretty insane dungeon opens up. I got as far as the second floor in 6 hours. I think this dungeon can take a hundred hours to get through (!) There are also a lot of collectibles and side-quests, in which some persevering people could waste as much as a thousand hours in order to reach the Platinum Trophy (!!)

Final Thoughts
Star Ocean: The Last Hope International is a very good JRPG! Its story is well written (although it seems rushed in the last few hours), the battle system is really fun, and there are a lot of things to do outside the main quest! As a free bonus, since the game has been out for a while now, it can now be found at a low price at most stores!

Cost: $29.99
You can purchase Star Ocean: The Last Hope International from Amazon.com here.

ibb and obb Coming Next Spring 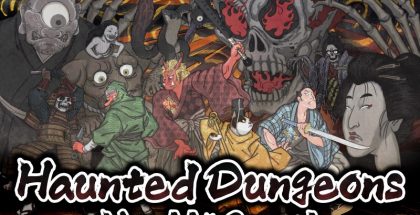 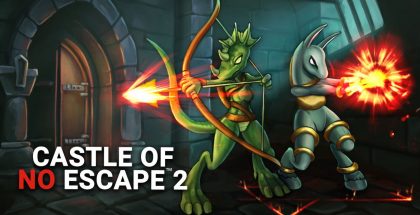