Challenging, thrilling and only one of its kind — the mix of action and strategy Anomaly Warzone Earth comes to PlayStationÂ®Store! Become the Commander to lead armor troops through battlefield and whose special abilities can turn the tide of the war against alien invaders. Master a wealth of tactics and enjoy a variety of modes including Local Co-op — an exclusive for PS3â„¢!

I love tower defense games. Sure, there are a LOT of them out there, and they aren’t all winners, but the ones that are polished to a sparkly finish are VERY fun. When I heard about Anomaly: Warzone Earth I knew something good was on it’s way since 11 bit studios had decided to twist the formula in order to give us a tower offense game in which you’re actively trying to go from Point A to Point B while selecting the best route to terminate the aliens that have invaded the earth while, at the same time, realizing that your strength won’t be enough to overcome the weaknesses of your team.

Your adventure begins in Baghdad were you slowly start to realize just how much is at stake. You are first tasked with finding the remains of what crashed into the area, and the game does a nice job of holding your hand so you can get used to how to control your team, as well as your commander. To keep things simple, your team can never be bigger than 6 vehicles since having to babysit for more than 6 vehicles would have made for a VERY frustrating game. You also unlock new vehicles types as you progress through the game which makes sense since you will know how to mix and match vehicles, change their order in the formation and you will realize that sometimes upgrading a Shield Generator makes more sense than upgrading your APC or Tank since the former can be placed between the other two giving each of them extra protection in the heat of battle. 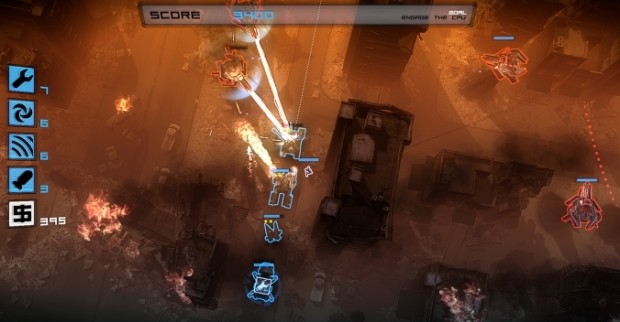 In each level, you must select the route to take in order to reach your goal and you can adjust said route on the fly by selecting which way to turn on each intersection. This allows you to readjust should one area become entangled under heavy enemy fire, or if you want to dive into a swarm of enemies in order to reach the crystals you can insta-sell for extra funds that can allow you to upgrade your current units or to purchase new ones. You can also sell your units at any time in case you want to switch your current strategy, but I wouldn’t recommend it since you end up losing a lot of your investment, and a fully upgraded APC is almost as good as a Level 1 Tank.

A nice, balanced team must always include one APC and one Crawler (a missile launcher type of unit) since the APC can take draw enemy fire and take some hits while dealing a bit of damage… and the Crawler just unleashes a missile barrage that can obliterate most enemy units in a few shots. A fully upgraded APC and Crawler can one shot regular enemy towers and destroy other towers in a matter of seconds, and when you add a Shield Generator to the mix, there are few enemy towers that can stand a chance. Well, that is until the game introduces new towers that can quickly destroy the extra shield layer of your units, or other towers that can target a huge area which in turn means they can damage almost ALL of your units for every single shot. Luckily, your commander (which you control and move around the map) has 4 special abilities you can use in order to even the odds. You place them in the map, and the units that are contained within the area of effect will benefit from them (except for one ability that launches a missile assault on enemy towers in the area you select, and one that sets down a decoy that all towers in range will madly attack). The one ability you will use the most is healing since at the start you won’t be able to upgrade most of your units and your enemies tend to target one unit until it is destroyed or it is out of range, but later in the game the Smoke Screen will save you since it makes it harder for enemy towers to target your team. Each ability has a limited number of uses, and you must pick the ones dropped in by your allies, as well as the ones you get after destroying some enemies. 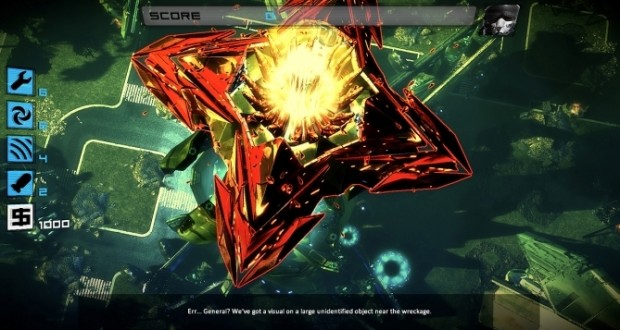 The single player campaign will last about 5 hours, and you can then dive into the extra modes that are unlocked as you progress in the game. Baghdad Mayhem tasks you with destroying wave after wave after wave of enemy towers that materialize at a different area of the same map (one cluster at a time), and you must destroy each wave before the time runs out. Another one is Tokyo Raid, which mixes things up and scales the difficulty level sky high since you need to reach the enemy CPU in order to destroy it, but must carefully manage your funds, units and abilities in order to survive the full on onslaught of enemy units which are placed for maximum damage pairing, say, a tower that quickly wipes out your shields with one that can target a big area… and they both happen to be sitting close to a Hacker and an Energizer tower. The Hacker shoots a big sphere on top the commander, and if you’re in it all your units will try to destroy you. The Energizer can absorb your abilities and, when it has enough energy stored it sends out an energy wave that REVIVES ALL THE TOWERS YOU’VE DESTROYED. Yes, they’re a huge pain in the ass in the single player campaign, but in Tokyo Raid they’re even worse. Should you survive Baghdad Mayhem and Tokyo Raid, you’re rewarded with even HARDER versions of each mode to test your skills. Oh, and did I mention you unlock a trophy after completing each extra mode?

And then, there is the PSN exclusive Co-op mode, a fun extra mode which you’ll quickly understand thanks to this helpful video:

Anomaly: Warzone Earth is a very interesting game that will provide you with hours of fun at a low price. The single player campaign will keep you going for “just one more level” over and over again until it is over, and by then you’ll be ready to dive into the two extra single player modes (and their two extra difficulty bumps) as well as to grab a friend so you can both enjoy Co-op mode. I look forward to the next game in the series, and I hope this first release gets the sales it deserves. 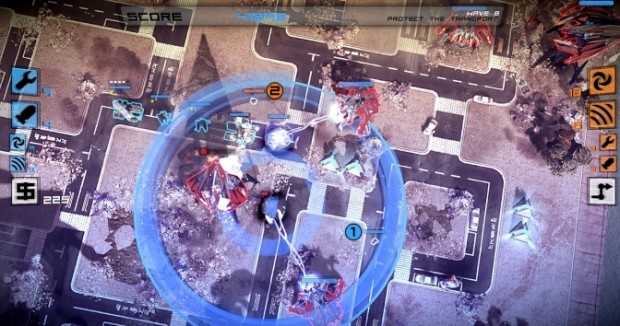 This review is based on a PS3 copy of Anomaly: Warzone Earth provided by 11 bit studios. 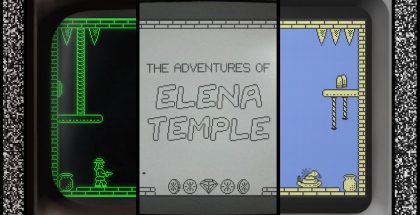