La Pucelle: Tactics is the tactical RPG from Nippon Ichi, creators of Disgaea. La Pucelle: Tactics is a tale of betrayal and double cross, monsters in human form and humans in monster form, set in an alternate medieval Europe. The unlikely hero is a smart mouthed and undisciplined 16-year old who just passed her exorcism exams to enter a demon hunting squad.

La Pucelle: Tactics was originally released by Mastiff for the PS2 in 2004 and, as you can tell from the name, it is a tactical RPG game in which you use tactics in an RPG. Very fun game. Great voice acting. Still as great now on PSN as it was back when it released on PS2.

Still with me? Great! La Pucelle: Tactics was developed by Nippon Ichi Software, who you might know better as NIS. While the company is better known for the Disgaea series (dood!), they have also developed other games that use some of the same mechanics, but introduce something new to the formula to keep things fresh (be sure to check out Makai Kingdom: Chronicles of the Sacred Tome and Phantom Brave as well!). Today, NIS publishes most of their own games (as well as those from companies such as Compile Heart and Gust), but in 2004 they entered an agreement with Mastiff to publish this very entertaining game.

So, what is a member of a demon hunting squad supposed to do? Well, hunting demons while being part of a demon hunting squad might be one way of doing things, so lets go and do that! Prier and company will run into thousands of demons during their adventure, and there is a LOT of content to enjoy, which puts the game at 70+ hours in order to complete it… and that is without doing EVERYTHING the game has to offer! The story is split into chapters that focus on a particular story while making sure there is a bigger story arc that will slowly take us to the final battle to save the world… or is that the faith that awaits Prier? She wants so badly to become the Maiden of Light, that perhaps something could go wrong during her journey. 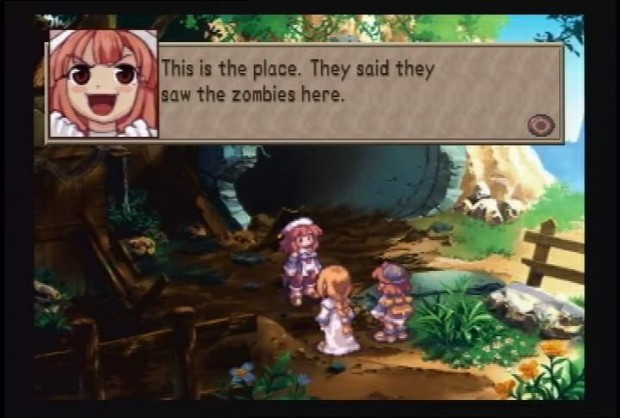 Combat, as is always the case with SRPG, is handled in an isometric map, but there are several things you must take into consideration when bringing your units out of the start panel and placing and moving them around the map. Dark portals are present on maps, and they each bring one effect into play during battle. Dark portals will bring new enemies to the map if left unattended for too long, but hey also have an extra effect. Each dark portal releases dark energy that flows in a single direction until it either runs into an obstacle or a character. Obstacles stop the stream, and character redirect the stream in the direction they’re facing, unless they’re facing straight at the direction from which the energy flows.

This means that placing one character in the stream coming from the north and having said character face west will extend the stream in that direction, and placing another character facing north later in the stream would send the energy that way. So, why bother changing and extending the stream of dark energy? Glad you asked! Your characters can attempt to purify the dark portal in order to stop new enemies from popping in… and when you do that, an energy explosion will make its way all over the energy stream from start to finish, damaging enemies or healing your group depending of the color of the dark portal, and you can even combine colors to create new ones. For example, combining the energy stream from Red and Green portals to create a yellow stream that deals lighting damage to enemies or combining Blue and Green streams to heal your troops while you also attempt to purify enemies.

But wait, there is more! If you can loop around the dark energy stream to have it make a “closed” circuit, and the stream is over 15 squares long, once you purify a dark portal you will perform a “miracle”, a special summon that will not only affect all enemies in the energy stream, but also those INSIDE of the circuit you made with the dark energy stream! And, to make it even BETTER, any dark portals inside the energy stream circuit are also purified which, when properly planned, can unleash an incredibly long chain reaction that could, in theory, obliterate your enemies while also leveling up your characters and items. That’s right, items instantly level up while in a map! This allows you to improve items in real time which in turn gives you access to better and improved attack skills, spells and whatnot.

The way you place your allies is very important when engaging the enemy because, if you’re smart enough, you can place them so that when you engage your enemy, you outnumber them like so: 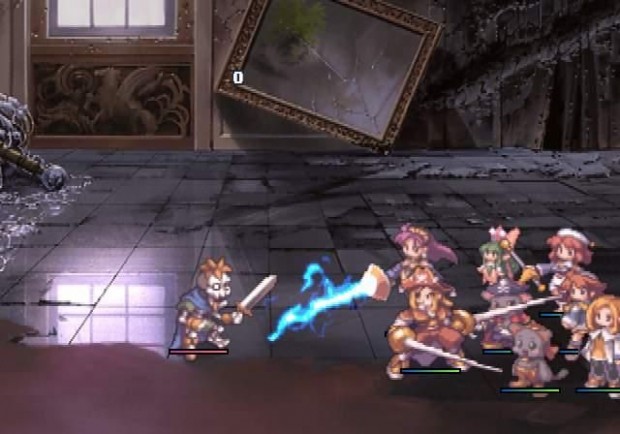 As mentioned before, the game is broken into several chapters and each one can have more than one ending. How do you access each chapter ending? Well, an ending is reached depending on the events that players trigger during their adventure since each one provides the much needed information that will help you solve the overall mystery at hand. Good or bad ending, you will carry on to rid the world of demons so that Prier can get closer to her ultimate goal of becoming the Maiden of Light. The excellent music and voice acting complement the hand drawn characters and backgrounds, and remind us that not every game had to be in 3D during the PS2 era… and that the same can still apply to the PS3 and beyond.

La Pucelle: Tactics is a long and fun Strategy RPG that will provide you with over 100 hours of gameplay if you decide to explore everything that the game has to offer. SRPG’s are one of my favorite genres, and I had a lot of fun revisiting one of the best games in that category. You really can’t go wrong with this one and, hopefully, all NIS games will eventually be available in the PSN store. 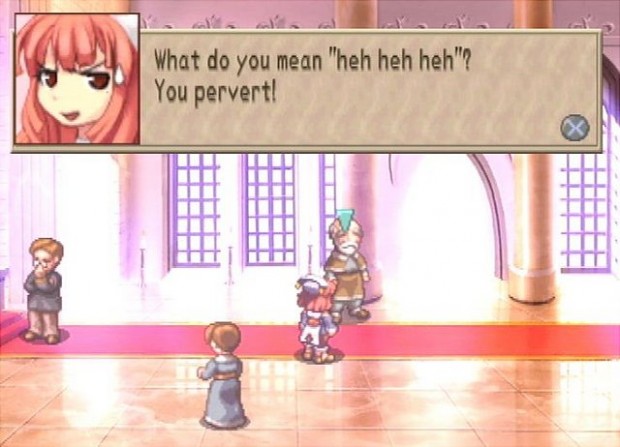 This review is based on a PSN code of La Pucelle: Tactics provided by Mastiff.

Want to win a copy of the game? Leave a comment below and I’ll pick a random winner!