Little King’s Story got its start on the Nintendo Wii originally and it gained the attention of at least a niche crowd. Now on the PlayStation Vita, Little King’s Story has been adapted, altered, and rewritten to tell a set of familiar, but somewhat new, tales.

This top down, strategy RPG follows the story of the main protagonist known as King Corobo. After his city was thrown into disarray, King Corobo’s first duty is to re-establish order within what is left of his kingdom by expanding the town, increasing the number of people who live within, and assigning them job duties that can be used to navigate the world, achieve funds, or simply to fight one of the many horrible, yet cuddly, monsters that have taken over the lands. 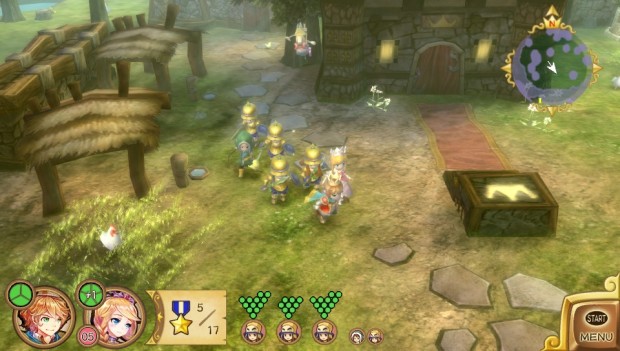 While controlling King Corobo is relatively simplistic, which never really deviates from slashing your sword, your ideal job is to send the correct job class to achieve the best result for the task at hand. Ideally, farmers will dig holes, builders will build stairs/bridges, soldiers will melee attack, archers will shoot arrows, and so forth. Every job class is capable of attacking, however, it isn’t always the best idea. You are limited to the number of followers that are with you at any one time, but this can be expanded by upgrading your down and decreeing new laws.

One thing that is obvious is that there are several strange pillars of light, strange creatures roaming about, and a world that is crumbling in the wake of the “text speak” Onii King. 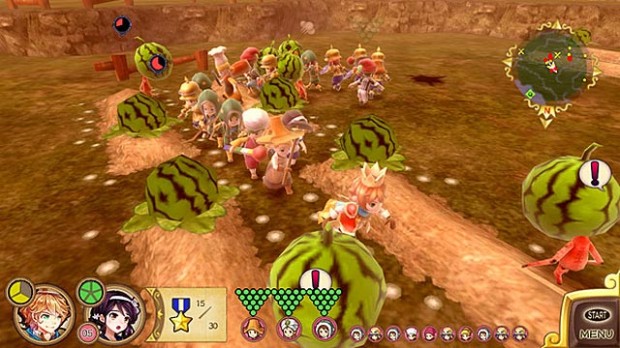 The game itself suffers from slow downs in the more populated areas, as well as a lack of tutorials showing you things such as being able to warp back to your castle instead of walking the entire path all the way back.

Despite some minor issues, the game does have depth and charm. It does get a bit repetitve at times since it feels like you’re grinding while trying to amass money in order to develop your Kingdom “Sim Style”.

In the end, I felt as if $40 is a bit too high for this game, regardless of how much depth there is to it. This could have been perfectly priced at $14.99 or so and I imagine would have garnered a lot more sales. With that said, if you like strategy, command based RPG’s with a little cuteness, don’t hesitate to pick this game up, as it will fulfill your needs.

Playstation Plus Subscribers â€“ More Of Your October Content Has Been Announced!