Worst lead-in ever? Probably. Taken quite some time for your old pal to write another review? Most likely.

While you’re tapping your foot for an apology that you’ll never get, and one I’m not ready to give, let me tell you about this gripping game – maybe you’ve heard of it? It’s called Borderlands 2. Made by the fine folks over at Gearbox, and by fine – I mean completely awesome.

It’s where this game shines.

The actual title of this game should be: “Borderlands 2: We Got Something For Everyone”. And if you’re an avid fan of the first one, you’re going to love this newest installment. There’s:

Get yourself a gun in this game and you could spend hours comparing stats and seeing which one is better and weighing in on what gun you should go with. It’s true, I’ve done it myself. While there’s no pearlescent weapons in the newest version, there’s plenty of gun types that include legendary status and one scripted with the coveted red lettering. My personal favorite is the legendary pistol that never needs reloading. That’s right – a gun that shoots – FOREVER. Never running out of bullets is one the many perks that certain weapons have, amongst others. 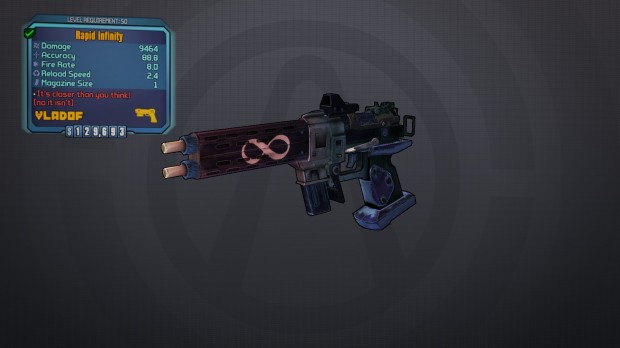 Axton, Maya, Salvador, and the mysterious “Zero” character, all come to our aid in the vicious land of Pandora and each has their own specific and highly thought out skill tree. Like to cause insane amounts of damage? Axton is your guy! Want to feel what it’s like to dual wield a rocket launcher and an oversized shotgun that cuts enemies to ribbons? Try out gunzerker “Salvador!” When it comes to personal choice, I recently obtained the newest DLC character, “Gaige” the mechromancer, which has the ability to summon a DeathTrap robot that slices and dices its way into your heart. 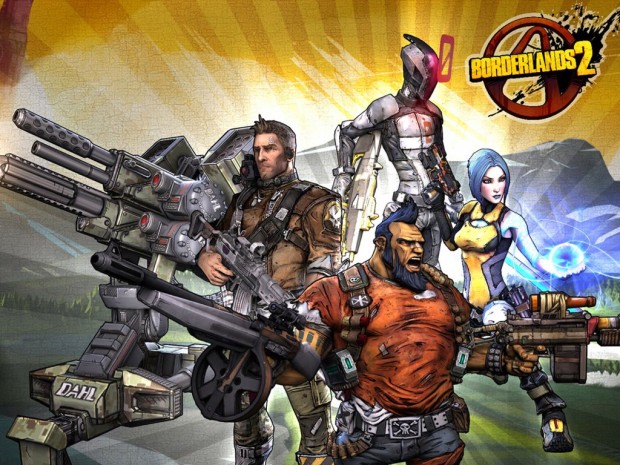 In the end, the story had a good mix of humor and that certain charm that we have grown to love from the Borderlands series. And this one is no different; sporting an evil villain named “Handsome Jack,” and we’re subjugated to his evil exploits as well as deep seated emotional problems. This is by far the best game I have played all year and would not be surprised for some type of GOTY nod during the VGA season. Do yourself a favor and buy this title from your local retailer – you’ll be glad you did – and tell’em FooBear sent ya!

[review pros=”Great coop play
Lots of content
Online is seamless
Story is fantastic
GUNS! GUNS! GUNS!” cons=”Maps sometimes feel a bit too big
Texture ‘pop in’ kind of sours the loading experience
Ammo is not shared between players
Items are NOT your own and can be looted in front of you” score=95]

This review is based on a retail copy purchased by Author