Event Coverage: Maxim And Rock The Vote Celebrate The Launch Of Assassin’s Creed 3 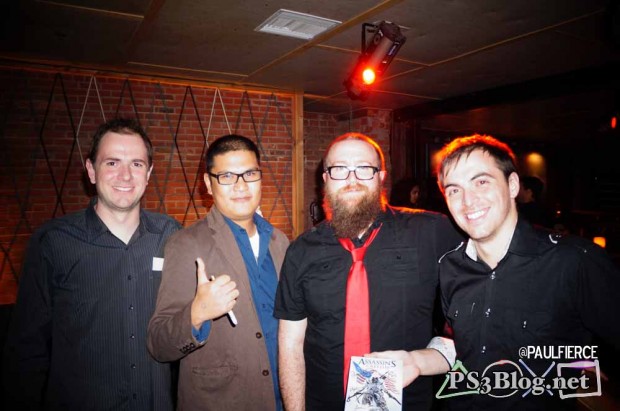 Note the official title of this event: Maxim and Rock The Vote Celebrate the launch of Assassin’s Creed 3. By the title you can just tell this is not dedicated towards who matters most, the fans that buy and support this series. As soon as I set foot in front of the venue, I knew that this event was more a “show” than a celebration. Just look at the red carpet photos and you can tell whoever organized this event wanted it to have some kind of hit summer movie, red carpet premiere vibe. Sure it had Movie and TV stars, but what does that have to do with Assassin’s Creed 3? I understand if it would have been the voice actors, however it was exactly the opposite. Most of the attendees were just your typical Hollywood club hoppers who were there for the free booze. I am all about complimentary drinks and open bar, however this was just ridiculous. The event was totally private and you had to be invited.

More and a gallery of pics after the jump!!

Apparently though the promoters of the club could also invite people through Facebook. I mean if you were not press or getting some kind of press emails from the PR guys of Ubisoft, there was no way you could’ve found out about this event.

I would’ve loved to have seen a couple of real fans invited to this event and also to pay credit to the important people like Alex Hutchinson, Philippe Bergron, and Matt Turner. The event did however feature a gallery of various original art, a photo booth, and the full game running on 4 screens.