Here are a few details of the car, as reported by GTPlanet.net: 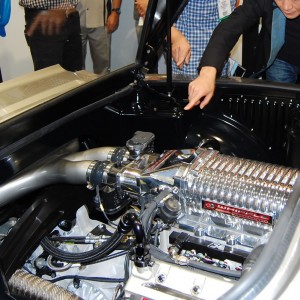 As has been in tradition, the winner’s car will make it into a future GT title. My money is on GT6 rather than DLC for GT5, but regardless, how many can say that their personal cars are drivable in a video game (without being a mod)?

It has always been a dream of mine to have my truck, a 1970 Chevy C10, to be included in the game, and the stuff I want done to it some might say is over the top (an NRE 1500-2000HP engine with AWD and IRS built by Roadster Shop), but even being able to get into SEMA and compete in this contest would be enough for me. Heck, I’d be happy just to tear up the racetracks with that truck!