Ragnarok Odyssey was at one time, my most anticipated game for the Vita. Watching video after video, I found myself drooling over the art style and the thoughts of having an epic RPG on my beautiful OLED screen.

Developed by GungHo Online Entertainment and published by XSEED, Ragnarok Odyssey is a spin off of the popular Korean MMO Ragnarok Online in which Ragnarok Odyssey borrows many things from including art style and enemies. 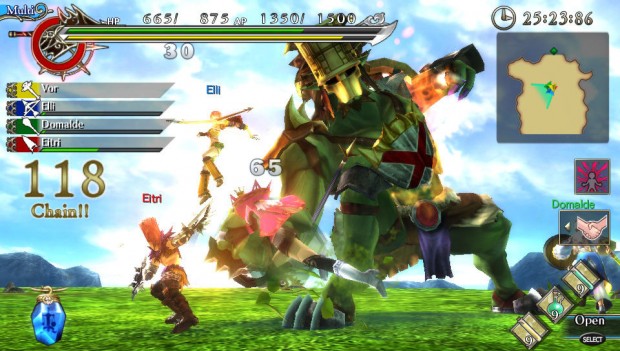 Ragnarok Odyssey is a simple, straight forward, minimal depth action game. Upon starting the game, you are immediately greeted by your new guild of sorts where they begin to assign you jobs instantly. There really isn’t much of a background story at this point. You’re here, you’re a new recruit, do missions.

From this point on, the game is a mix of go to the mission desk, accept mission, do mission, collect reward, rinse and repeat. You can only accept one mission at a time, they are all timed missions and many are very loose on details.

Each mission accepted will take you through the same zones several times over fighting the same enemies over and over. Every single mission is either kill a certain number of enemies or collect an item which is obtained by killing certain enemies. 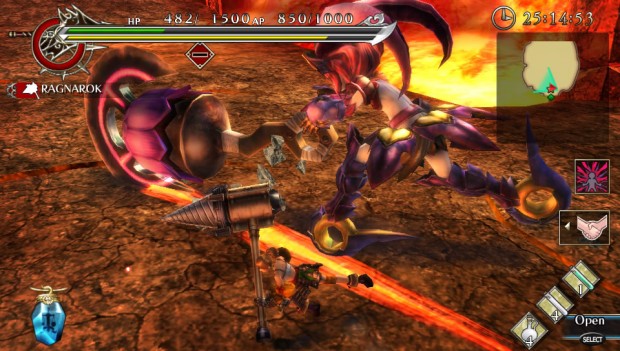 With that aside, RO does display some amazing graphics at times with some very detailed enemies, especially the bosses or super hard enemies you will find throughout certain missions. Character customization is pretty in depth as well allowing you to create some interesting protagonists. You also have the option of buying different sets of clothing but they do next to nothing for your physical stats. Each outfit you pick has a certain number of slots to assign cards and that is how you get certain stats. All outfits can be expanded, with the right materials and enough money, to support the same card value.

The multiplayer is also a great function for some of the tougher missions that you may be having problems with. Up to 4 people can play together in a co-op mode by visiting the bar area.

In conclusion, Ragnarok Odyssey is only half the game it could have been. It lacks any depth and really is just a mission based action game but it still is nice to look at and there is still a certain amount of fun that can be garnered. If you’re ok with it being repetitive and love action RPG’s, then this is the game for you.