Clans Of Champions is an action game that throws in some RPG elements. The game starts giving you some back story on how the Al-waav Urban Allied Forces are getting out of control. The nations are fighting over a ruined city where there are meant to be weapons that have infinite power. The nations are using mercenaries to fight their battles, and this is where you come in.

The game starts letting you choose from one of three races, which are Orc, Elves, and Humans. If you wish to play a female character, you will need to choose an Elf since the game does not let you choose gender. Once you have selected a character, it then gives you some limited customization options to change their look. After that is all done, we then get some skill points to spend, which you have to be very careful with spending because these states will not increase with your level. The only way to get these states to increase is through gems which can be put into you weapons and armor. Then, we come to fighting styles which again there are three to choose from. You can either go sword and shield, dual weapons or brawler. You are never stuck with just the one though because you can always change it up with equipping different weapons. 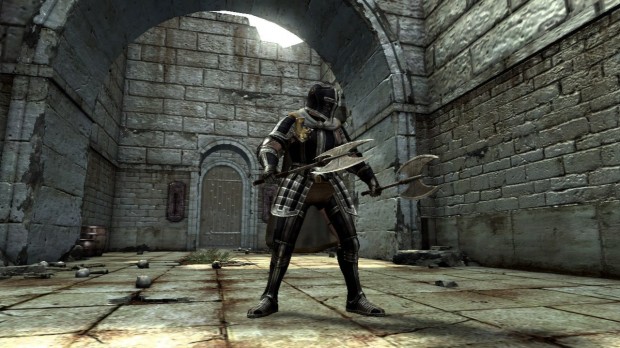 Now the fun begins. The game is broken up into stages with four different levels of difficulty to choose from. Each stage has a few pages of text to read to let you know what is happening in the story. Unfortunately, that is about all it comes to story wise. There is next to no story in this game which I find a shame. Once you have selected a stage it gives you a chance to change your equipment and skills. Skills consist of four passive and four special attacks. Though you can change your fighting type during a stage, it can be very ineffective because most of the special attacks are based upon your fighting style. So be ready to give them up if you are a brawler and decide to pick up a sword.

The fighting in the game has you paired up with two companions fighting three enemies at a time. Attacks consist of low, medium and high attacks plus your specials. To do any damage to enemies you first have to knock off their armor or break it. Only once this is down will they start taking damage. But the enemy and yourself can always pick their helmet or weapons back up thus you have to once again knock it back off. The fighting does not bring anything original to those that have played arena type fighting games before and can get quite boring quickly. What doesn’t help either is the horrible companion AI. If you are trapped in a corner trying to fight two enemies do not expect them to come running over to help. Also, expect them to consistently get in your way if the two of you are fighting the same enemy. There is also a time limit to each stage, but they give you plenty of time that you will very rarely if ever fear, about running out of time. 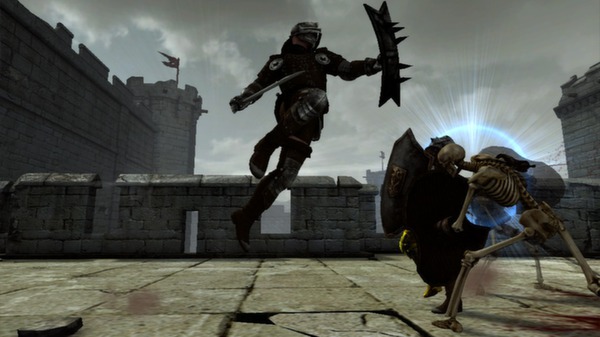 Once you have finished a stage, there will be an option to buy any of the armor or weapons that you were able to destroy or knock off the enemy. This is important because if you want better equipment this is your best chance to get it. Once back into the menu you can shop for equipment, but there will not be many choices at all until later in the game when you have sold equipment you do not need. You can also level up your skills from the menu, once your fighting style levels up.

The game does have a multi-player option where you can either play online or locally. Only problem is that any time I was playing, there were never any online games. Which would have fixed the major problem I have with the AI since I would have humans playing on my side. This probably would have made the game a lot more fun for me. Also, for those who love killing their friends there is a three vs three battle option. 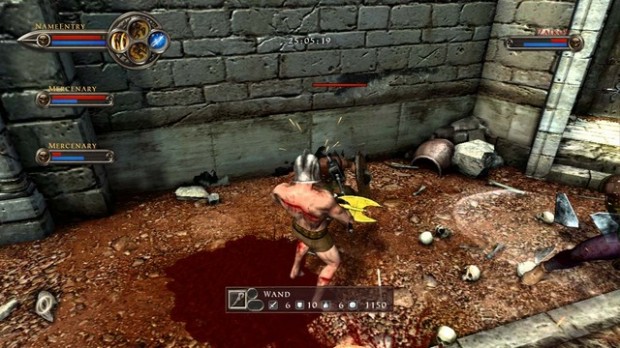 In conclusion, if this game was priced around the $15 mark it might be worth checking out. It does not do anything original, but it doesn’t do anything too bad either. The graphics are pretty good for a downloadable game. The fighting is fun as long as your team mates are not in your way. AI is horrible, unfortunately, and there is not much of a story. However, they did seem to hint that there could be. But, it is a good time waster when you do not have much time to kill. Each stage does takes a long 5 to 10 minutes to beat with the boss stages taking a bit longer. Regrettably, at a $30 price tag I cannot say that I would recommend it.

This review is based on a PS3 version of Clans Of Champions provided by NIS America. 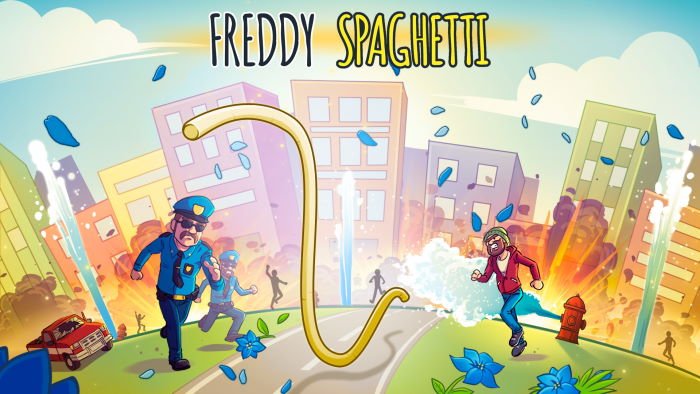