Agarest: Generations of War 2 (Record of Agarest War 2 in the US) is a Tactical-RPG developed by Idea Factory, Red Entertainment and Compile Heart, and the third game in the Agarest series.

Agarest games are known for being very long RPGs (60h+) in which you fight for a cause involving the entire world while gaining affinity with your party members. Like in the previous iterations, the campaign is split into 3 Generations. When one Generation ends, a child will be born from your union with a girl in your party and this child will be the leader of the next story segment.

“One day, the world was enveloped by a mysterious blinding light. The destruction it caused was terrible, even as the light itself was sublime in its beauty, and it made those who witnessed the awesome display think of the unrestrained rage and fury of the divine.

The central continent, from where the light is believed to have originated from, went silent, while at the same time demons began to spread throughout the world like a plague. Amongst the survivors of the catastrophe, that fateful day became known as the “Day of Light.”

Sometime after the events of the Day of Light, a young man by the name of Weiss, who had lost all memory of himself, encounters an enigmatic woman named Eva, who introduces herself as an Agent of the Divine. It is from her that Weiss learns that he has committed the grievous sin of deicide, and that in order for him to atone for his crime he is to become the “Vessel” in which the power of the divinity he had slaughtered will be stored. For it will be that power that will be used to resurrect the one whose life he stole.

For those who betray the divine will pay for their sins in the space which separates salvation and damnation, as will their progeny…”

Gameplay
Agarest: Generations of War 2 gameplay is divided into three different phases: traveling on the world map, combat, and cutscenes. Story itself is a huge part of this game and some of the cutscenes sequences (which are voiced in Japanese and sadly only subtitled in English) are over 15 minutes.

Traveling
The overworld is a 3D map in which you can freely move, and is pretty big with a total of 6 different continents to explore. Having a 3D map is an impressive upgrade from previous Agarest entries but, because of some low-resolution textures, it looks like a PS2 game. Apparently, the disc version suffers from pretty long loading times, but my copy of the game was completely installed on the hard drive (digital by way of PSN) and they werenâ€™t really bad once the game is completely loaded. Thanks to a low random encounter rate, you can move to your destination without being interrupted too much, but you can also trigger a battle by pressing R1 if you want to. 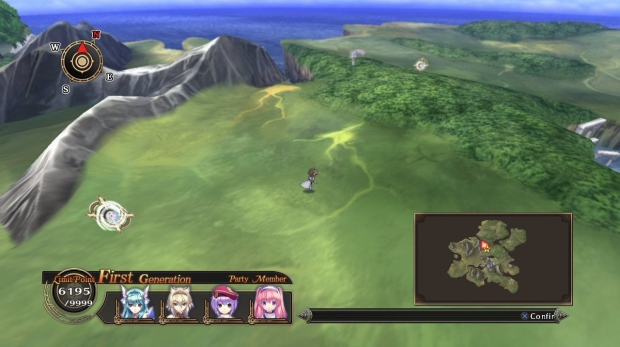 Setting up your party
Agarest: Generations of War 2 is a very technical and text-heavy game. Getting the hang of the battles takes a while, and the initial setup for your party abilities takes just as long. If you are looking for arcade-like gameplay, an easy to pick experience, this game is not for you.

If you are an hardcore player (like yours truly), you’ll like the level of customization this game offers since you can, for example, choose which attacks and combos are assigned to each buttons. However, because the game has so much to explain (did I mention this is a very technical game?), some tutorials are hard to understand the first time around, even for an experienced gamer.

Battles
The battle system is an action-strategy hybrid that becomes fun to play once the basics are understood. The Playstation Move controller is also supported (although I havenâ€™t tested it first hand). 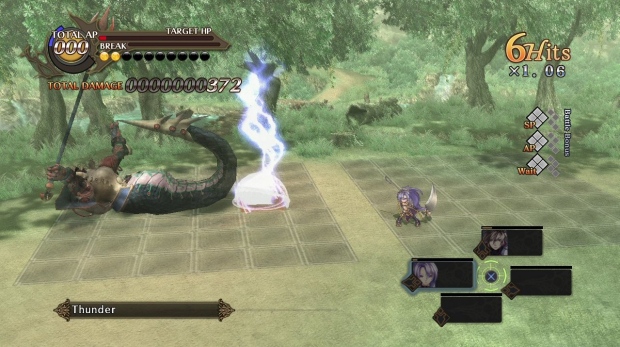 At the beginning of each battle round, you select which party members will be participating. Each one has their own action points (related to their level) and they add up to give a total of points available for the round. Choosing and switching party members on-the-fly is a good strategy because you might want to attack the monster with magic if you notice he’s immune to physical attacks. Finally, once a round is about to end you can launch an Ultimate Attack using all your team to deal a lot of damage.

On a side-note, there is a lot of free DLC available on PSN that you should definitely download. Most free packs give a startup boost with level-up points, alchemy materials and equipment that will make the first hours a whole lot easier on you.

Graphics / Audio
Agarest: Generations of War 2 doesn’t use all the processing power available in the PS3. Like I said earlier, the overworld map looks like Playstation 2 game and the story segments are on a static background with animated sprites in the foreground (the women sprites are very well drawn though, if you know what I mean!)

A few themes in the soundtrack are really good (the battle theme for instance), but most are forgotten after a play session.

Final Thoughts
Agarest: Generations of War 2 is overall a good game specifically designed for hardcore gamers. Mastering the battle system takes a while, but is fun to play once the mechanics are understood! You’ll definitely want to advance in the story to see how it unfolds after so many years have passed.

Cost: $39.99
You can purchase Agarest: Generations of War 2 from Amazon.com here or on the PSN.

Willow Coming to Blu-ray in March 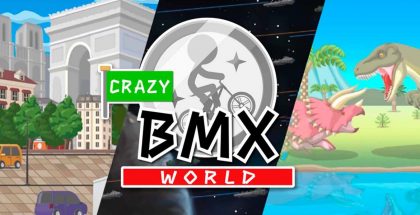