Book of Spells is the new (and as of now, only game) for the Playstation Wonderbook hardware. This game has been developed by SCE London Studio and J.K. Rowling — Harry Potter’s series writer — and is part of the Pottermore experience (creating a Pottermore account is facultative though).

The Playstation Wonderbook is a book that uses augmented reality and Playstation Move to bring the book to life, and to see this in action is VERY impressive! Book of Spells is aimed for a younger audience, but I actually enjoyed it pretty much with my kids!

Book of Spells is the first title for Wonderbook, a unique single-player virtual reading/entertainment experience exclusive to PlayStation 3. The latest addition to the PlayStation augmented reality series, the Wonderbook system combines game software, and the Wonderbook peripheral (sold together as a bundle in the Book of Spells release), along with PlayStation Eye camera and PlayStation Move motion controller, to bring words to life for readers as never imagined. The story and interactive activities built into Book of Spells are steeped in the Harry Potter universe, and are designed to capture the imaginations of new and longtime fans alike. 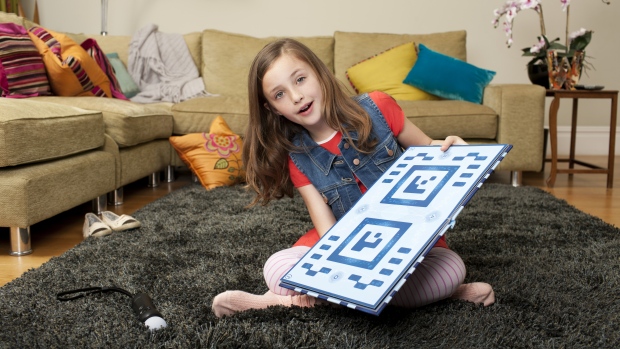 Context / Story
The story of Book of Spells revolves around you — literally — an apprentice wizard. You are given a magical book containing a training, and you’ll be following this training through the game in order to become a true wizard!

If you’ve seen the Harry Potter movies, you’ll fell at home with the spells because most are in the movies. For instance, you’ll start learning spells like Alohomora (which unlocks doors and treasure chests), Lumos (lights an area), and end up using 20 spells in order to clear story-related challenges.

Gameplay
For the gameplay, the PS Move controller becomes a wizard wand in your hand and the book itself is beautifully transformed into a magical spell book. The PS Move gestures are kid-friendly (Book of Spells is on the easy side), and getting trophies for each action or challenge completed successfully is encouraging. Platinuming this game (expect 5 hours) is also easy because all trophies are story or challenge related and each chapter can be redone if you missed one.

Since a narrator controls the story advancement, you might think that gameplay would be rather passive. That hopefully is not totally the case because you’ll often need to interact in challenges or even in some story segments (and some of them are particularly well done).

However, once I had completed the game, it felt like I had seen everything Book of Spells had to offer and I couldn’t find any good reason to open the book again. This game doesn’t have any replay value but I hope a second game comes in the same setting!

It is THAT impressive in action!

Final Thoughts
The technology behind the Wonderbook and Book of Spells is an impressive technical achievement. The spells with the PS Move controller are easy to do which is great for kids, and the game itself was fun to play! Even though the game is short and there is no replay value, I would still recommand this game to fans of the Harry Potter universe or gamers who would like to see this technology in action!

Cost: $39.99
You can purchase Wonderbook: Book of Spells from Amazon.com here.