Next Generation ‘C7’ Corvette Unveiled - Will Be Available on GT5 Tomorrow

The Corvette line has been a staple of the American sports car industry since its debut in the 1950s. There have been six generations in all, and every one of them has made an appearance in the Gran Turismo series in one form or another. The next generation Corvette, the C7, will be no different.

Yesterday, at the Detroit International Auto Show, the Corvette team at General Motors unveiled the C7 Corvette, while also reviving the ‘Stingray’ moniker. Some of you may remember Polyphony Digital giving us a downloadable version of the camouflaged car as a teaser back in November (which has gotten nearly 500,000 downloads), a couple months prior to yesterday’s reveal. To tell you the truth, I was rather excited. Being a fan of GM, and cars in general, I watched the reveal.

With the base model getting an estimated 450HP engine (and GM underrates their projected HP numbers and the real numbers could be as high as 500, but 450 is almost 20 more horsepower than the current C6 base model anyway), about 450lb/ft of torque, better aerodynamics, and the car being about 124 pounds lighter, it’s a bit of an upgrade on most of what matters on a racetrack.

Well, Polyphony has announced that the official un-camouflaged version of the car will be available for free on the PlayStation Store tomorrow. Here are a few other details provided by Polyphony:

During the creation of the virtual Corvette Stingray, careful attention was paid to the tiniest details of the new design inside and out, as well as to the enhanced performance driving characteristics â€“ down to the shift schedule for the 7-speed manual transmission.
.
The Corvette Stingray will produce an estimated 450 horsepower and 450 ft. lbs. of torque, is capable of accelerating from 0-60 in less than four seconds and will achieve more than 1g in cornering grip. It will also be the most fuel efficient Corvette ever, exceeding the EPA estimated 26 mpg of the current model.

Another thing of note, some keen-eyed folks over at GTPlanet.net have noticed that some of the shots in the trailer take place on a track not currently available in any Gran Turismo titles: Willow Springs Raceway. No word as to whether this track will soon be available on Gran Turismo 5, but it’s hard to imagine that they would go through the trouble of designing an entire racetrack to simply promote one car.

What I’m most waiting for now is how cool the C7.R will look, since the current C6.R looks like a beast. 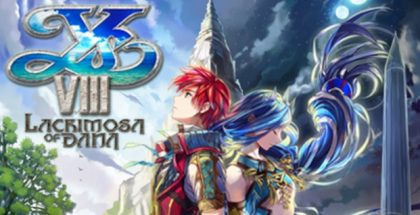