Injustice: Gods Among Us
3 Comments 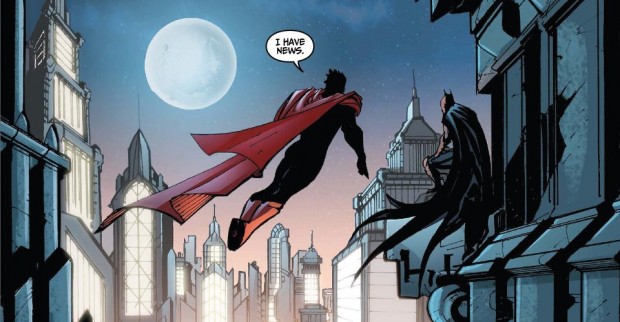 DC Comics has released the first issue of a comic book set five years before the events of NetherRealm’s upcoming fighting game, Injustice: Gods Among Us. The series will be digital-first, releasing 10-page chapters every Tuesday for .99 cents on the DC Comics app, which is available on iOS, Android, Web, iBookstore, Nook Store and Kindle Store.

The comic is written by one of my favorite writers, Tom Taylor, with art by Jheremy Raapack and my good friend Mike S. Miller. I just finished the first 10 pages, and it is great. I also got an exclusive preview of Miller’s work (by sneaking into his studio), and let me tell you it will blow you away!! I scanned this pic real quick so don’t tell anyone.. shhh.

The writer, Tom Taylor had this to say about the series on his blog:

This series, which tells the events leading up to the WB Entertainment and NetherRealm studios game, Injustice: Gods Among Us, is one of the most exciting, terrifying, heartfelt, epic and nasty stories Iâ€™ve ever had the pleasure to write. While the exact details of Injustice are still sketchy, I can tell you that the game script that the NetherRealm people have put together is seriously good. Itâ€™s great to see a fighting game with such a rich story. Youâ€™re all in for a real treat. 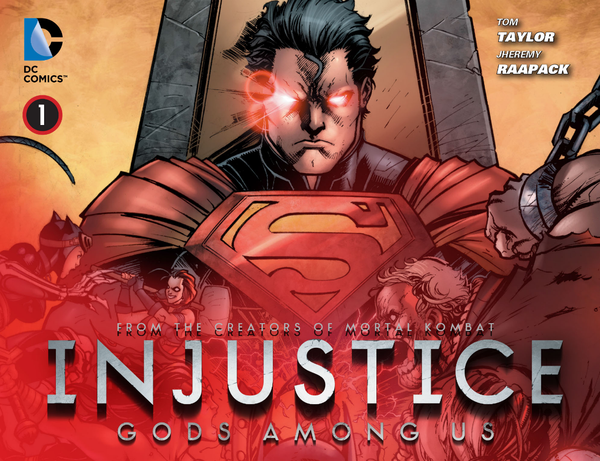 Go pick it up now at the DC Comics app, I guarantee you’ll enjoy it!

The Cave Available Next Week