Bakersfield, CA isn’t particularly known for anything spectacular (unless you’re a fan of country music… I guess), so when the first Bak-Anime convention popped up here a couple years ago I wasn’t surprised that it was fairly lackluster. Well all cons start somewhere, and it was a quite a shock to see almost 1400 people packed into the halls of a Marriott for this small one-day convention. I didn’t even know that many anime/comic/video game fans existed in or around Bakersfield (shows you how much I get out).

Though I suppose the announcement of special guest Roger Craig Smith helped to boost the attendance. I didn’t believe it at first, but once I saw Roger himself confirm the announcement I had all of my Assassin’s Creed games, posters and figures laid out as I decided what I wanted him to sign. 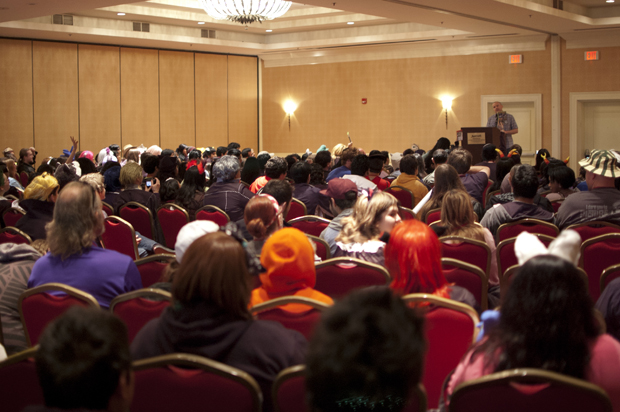 If you’ve never had the pleasure of meeting Roger, I highly suggest you do if you ever get the opportunity. During his Q&A panel he was absolutely amazing. Really down to Earth and hilarious, telling the crowd about his start in stand-up comedy which led to his first voice over job narrating a training video for operating a dialysis machine (you can’t make this stuff up) and what it’s like to be a completely mature adult making fart noises in a sound booth as your career.

Not to mention his stand-up routine as Chris Redfield. No, really. Look for it on YouTube. 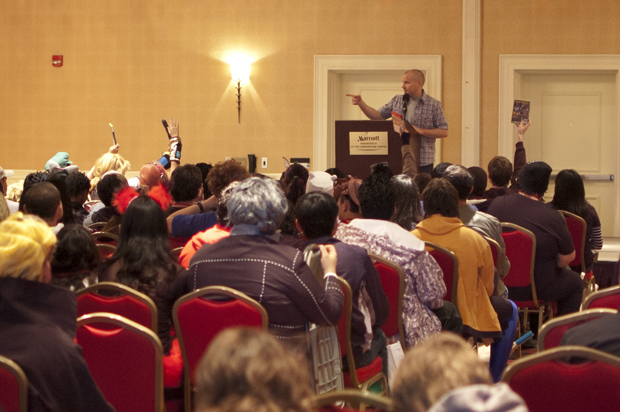 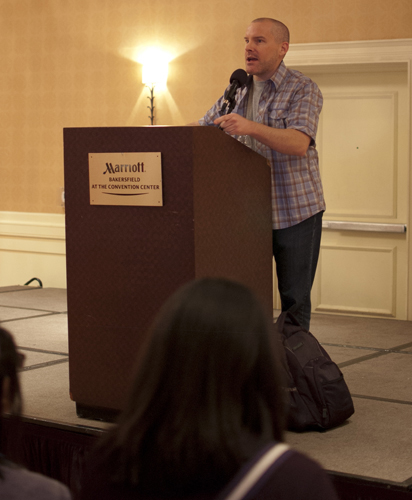 Immediately after the panel was the autograph session, where we waited in line approximately two hours to get our Play Arts Kai Ezio figure signed. I felt sorry for the guy, but never once did he seem annoyed or worn out. He greeted us with a huge smile, signed our toy, thanked us with a high five and we were on our way. Roger, if you’re reading this, you are a trooper, and I thank you. 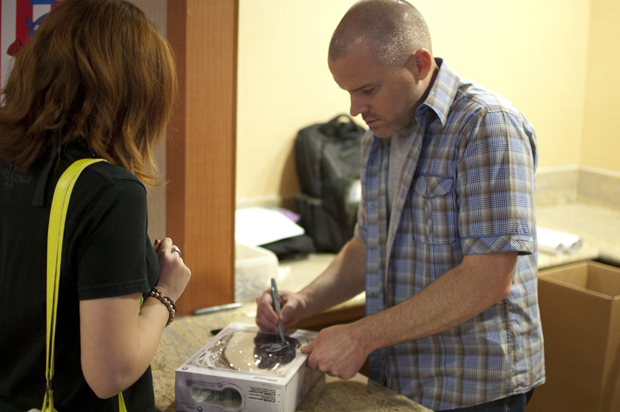 I just wish I had known we were allowed two autographs. I would have brought my AC: Revelations poster, since the figure doesn’t live at my house. Yet.