If Demon souls and twisted metal had a baby while playing micro machines, the result would be FUEL: Overdose, Stockholm Syndrome is back.

The game is a tactical, action racing game. Please pay attention to that first word. If this game is not approached with caution and with some wisdom it can be extremely evil and brutal. Demon Souls is the only other game in this generation that made me feel the way this game did. Itâ€™s a action racing game with beautifully drawn characters in a post-apocalyptic world where our nuclear, fossil fuel burning love has finally caused the earth to vomit on us, forcing us to race to gain access to the only thing that can save us. Iâ€™ll just see the story as being a tongue in cheek view of global warming. The story isnâ€™t much, but there is a good story for each of the 8 characters in the game. Playing through each players story unlocks a more detailed note about each character.

Players have access to 7 of the 8 characters to start the game, and 2 of the 8 cars. Each car can be updated by earning CC( the in game currency for upgrades/purchasing cars). Players can gain CC by finishing Championships and Challenges.

Free race is a mode that lets the Player play a series of races using maps that are currently unlocked, each race gains points, to add to the total for the series. I found no reason to do this mode outside of practice. This mode also had a tutorial that was here, when the player first starts Free Race mode. I highly recommend the player completes all the way through the tutorial. If the player exits out of the tutorial it can be found under the help menu.

Championship is similar to free race, but itâ€™s a series of 5 races, that a player must place in the top 3 of each race. Failing to place in the top 3 causes the player to fail the entire championship. Iâ€™d highly recommend that this mode is done after the player has completed some challenges, and upgraded a car. The game is evil in that a player can be in first place heading down the home stretch of the last lap of race 5 and get blown up by a Nazi coming from behind putting the player in 4th place and causing the player to fail the championship. Which results in starting the entire championship over. Completing a championship unlocks additional tracks and items in the help menu that helps explain the game in more detail. Please be aware that I had an issue with the game not saving after I completed a championship, and then quit the game. So Iâ€™d recommend going to a challenge after completion of a championship.

Story mode was touched on earlier, and unlocks some items in the help menu for each character. This mode, lets the player retry each race over, which allows players to keep the progress they’ve made. The story is done via text, and not voice.

Multiplayer requires at least 1 other online friend/player to create/play a game, and wasnâ€™t played in this review.

Options, allows 3 different control sets, but I found that due to the action buttons the default control set worked best for me. Players can also play custom soundtracks, which I found nice to calm myself down with some Bob Marley when playing this game.

The help menu contains details on each character after each story mode is finished for each character. Finishing different other items in game unlock other helpful hints provided in the help menu.

Data, is an area that shows game statistics.

The game loaded quickly in my experience for other racers, which is a key for a game like this, especially needing to try things over and over again. Though I did get annoyed by the delayed button presses in the story mode when reading the story.

Racing and action, twisted metal meets micro machines. I really enjoyed the racing portion of the game, and somewhat desired it to be more racing, but the use of grappling hooks is brilliant and something I am still learning. A grappling hook maybe used to sling the player around a corner or can even be attached to another players car. There is a fairly major control bug in the game, that I would like to see patched at some point. I was not able to use the analog stick. There were times that iâ€™d get ran into a wall, via my own control or an opposing player that would cause the analog control to simply not respond, I was able to get around this by strickly using the digital pad. For a game that requires such precision, I was surprised by this.

There is a lot to unlock and explore and the game doesn’t make it easy to do so, but replaying championships does yield additional CC Each challenge is rewarded with CC only once. There will be 2 FREE DLC packs coming out in the near future, which should include additional cars. The DLC should make the game easier, even though the time trial challenges are very challenging. There simply is a lot of content in this game.

For someone looking for a casual game, this is certainly not for you. For someone looking for a challenge, that can be rewarding, you might want to give this game a try. There is a lot of content, for only having 5 tracks. Itâ€™s extremely hard if you donâ€™t approach it with guidance. I hated the game during the first 2 hours of play. Read through some of the guides and read some hints. Upgraded a car, and the game was actually playable and rewarding. I canâ€™t help but wonder if the game was made hard for the the sake of making it hard. The game is rewarding due to its extreme difficulty, so much so I haven’t been able to complete the game, nor do I know if I can due to it’s difficulty, but I will keep coming back to it over time, as I did with Demon souls due to Stockholm Syndrome. Fuel: overdose is meant to be experienced all it’s challenges, faults and excellence. Don’t give up on it, because it will reward you in the end.

[review pros=”Very challenging.
There is a lot here for 9.99.
Sense of accomplishment when upon completion.” cons=”Limited number of tracks.
Control related bugs
Save bug?” score=80]

This review is based on a PS3 copy of Fuel: Overdose provided by I-Friqiya 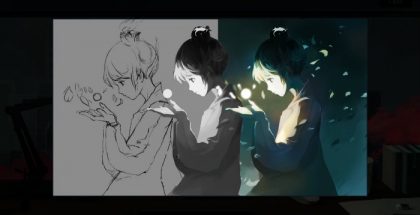