With such a big gap since Sly 3, there is inevitably some catching up to do as well as a fairly complex plot to explain which involves time travel and Back To The Future references. Great Scott! Pages from the kleptomaniacâ€™s bible: Thievius Raccoonus have started to disappear. Fortunately, Bentley the wheelchair-bound nerd-turtle has created a time machine, and itâ€™s up to Sly and the gang to travel back to the past to save the book before the Doc gets shot by Libyan terrorists or something. 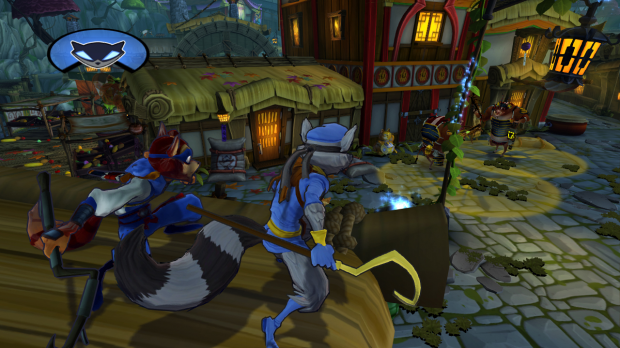 Thieves in Time follows an episodic structure with each one focusing on its own time period and corresponding member of the Sly family line. These small open world locales have a number of missions where you control all team members and Slyâ€™s ancestors. Sly is all about the sneaking and stealing whilst Bentley has more gadgets than Inspector Gadget at a gadget convention. He specialises in weapons and hacking, whilst the preposterous hippopotamus, Murray is the third member of the tri-act. He implements a more confrontational approach, using his muscles to solve puzzles as well as tackle troublesome enemies.

They all bring their own unique gameplay as they have done throughout the series, but the introduction of Slyâ€™s forebears adds something extra. Guns, ninja jumps, and of course bow and arrows do their best to make Slyâ€™s ascendants exciting. Unfortunately, they amount to nothing more than mere reskins of the original raccoon with an exclusive skill. More intriguing are Slyâ€™s costume changes that can be switched with a press of the L2 button. Seeing Sly pull a giant ball and chain out of nowhere never stops being amusing but hey, videogames! Costumes possess their own ability, but disable all others when equipped, this restricts movement and forces the player to decide which one to use when. 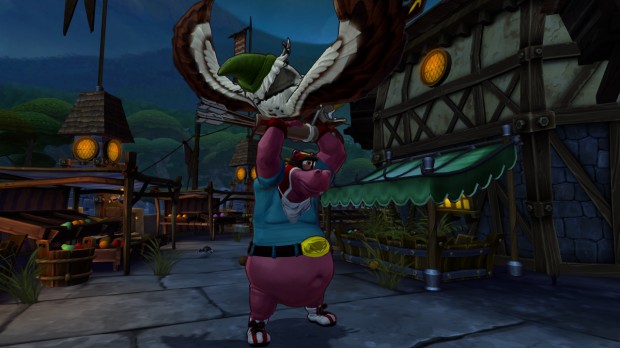 Thankfully, stealth gameplay doesnâ€™t involve crawling in the shadows monitoring guard patrols for hours on end. My favourite touch is the Looney Tunes style tip-toeing around guards, with a musical accompaniment raising in pitch the closer he gets. These little elements add a delightful air of mischievousness to Sly, but he could do with a few more to make him more memorable. Each episode has a series of jobs that are varied enough to stop Thieves in Time from becoming monotonous, but they are not new to anyone who has played another videogame before. Scattered across the worlds are the staple collectables, represented by coins, bottles, treasures, safes and masks. Coins are used to purchase upgrades on ThiefNet such as gliding for Sly, sleep darts for Bentley or new combos for Murray.

Gameplay is frequently broken up by minigames which are as tedious as youâ€™d expect. Theyâ€™re also likely to frustrate younger gamers thanks to on-rails sections with little margin for error. To its credit, Sanzaru Games at least keeps these varied adding in extra elements when they are repeated. This helps to alleviate repetitiveness but doesnâ€™t stop them from being unoriginal diversions that youâ€™ve played a million times before. A Shmup section? Check. Marble Madness rip-off? Check. Guitar Hero clone? Check. Theyâ€™re all there and worst of all, some force you to use the Sixaxis. I thought we had left those dark days behind. 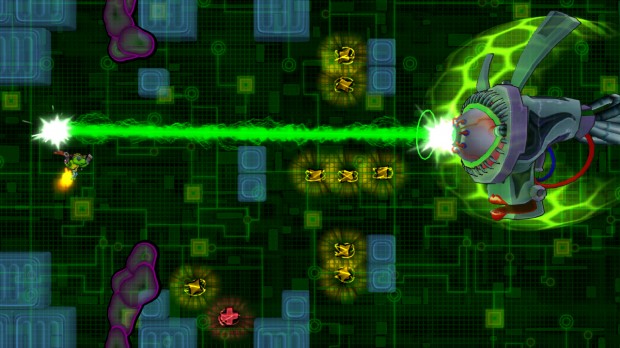 There is plenty to do in Thieves of Time, but the real test will be for your patience. Sanzaru Games throws a constant stream of minigames to pad the game out, but it could have been all the better without them, or a select few done right. The main core of the game is good, but it needed a few unique ideas. Itâ€™s a decent game but unable to learn from the mistakes of its predecessors in the Sly series.

This review is based on a PS3 copy of Sly Cooper: Thieves in Time provided by Sony. The Vita version was not tested.