Guacamelee! is a Metroid-vania style action-platformer set in a magical Mexican inspired world.

The game draws its inspiration from traditional Mexican culture and folklore, and features many interesting and unique characters. Guacamelee builds upon the classic open-world Metroid-vania style of games, by adding a strong melee combat component, a new dimension switching mechanic, and cooperative same-screen multiplayer for the entire story. The game also blurs the boundaries between combat and platforming by making many of the moves useful and necessary for both of these.

You start your story as Juan, a humble Agave farmer that has no idea about what is about to happen. He runs into El Presidente’s Daughter, a beautiful woman who Juan is in love with and, before you know it, all hell breaks loose. Calaca, an evil undead-Charro comes to town and kidnaps El Presidente’s Daughter since she is a key player in his dark ritual for merging the world of the living with the world of the dead. Juan, being the great guy that he is, tries to rescue El Presidente’s Daughter but is quickly killed by Calaca in a matter of seconds. Juan later wakes up, not dead but not alive, and is eventually given a magical Luchador mask that grants him the strength he needs to rescue the one he loves. And so, our journey begins.

Jumping, fighting, grabbing and dodging is what you’ll be doing in Guacamelee, and you will run into a LOT of enemies in this game. You will be asked fight them as you make your way from point A to point B, but you will also be required to complete small “arenas” in which the screen is locked by barriers on all sides that prevent you from escaping, and you must then defeat every enemy before you can carry on with your adventure. Also, you will be able to break a piÃ±ata after the last enemy falls, and piÃ±atas are filled with several coins to help you in your quest! 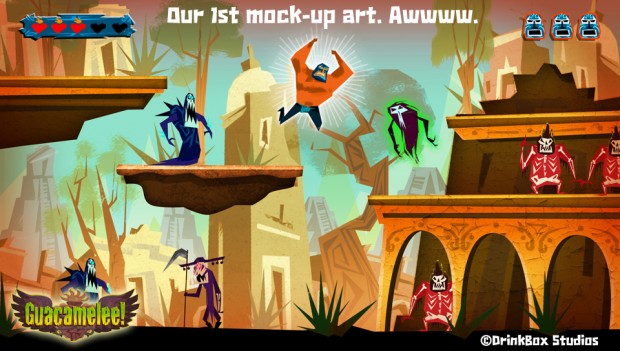 Every enemy you defeat will reward you with coins that you can use to buy items, abilities and skills from the save points/stores in the game and, as always, the more money you have the easier your quest will be. Of special interest are two items: Heart pieces and Skill pieces. You can find several chests in Guacamelee, and they come in two varieties: regular ones that reward you with a lot of coins, and golden ones that contain either a heart piece or a skill piece. For every 3 you collect, you will be rewarded with an increase to your health bar (for hearts collected) and an extra activation for your special attacks (for skulls collected) 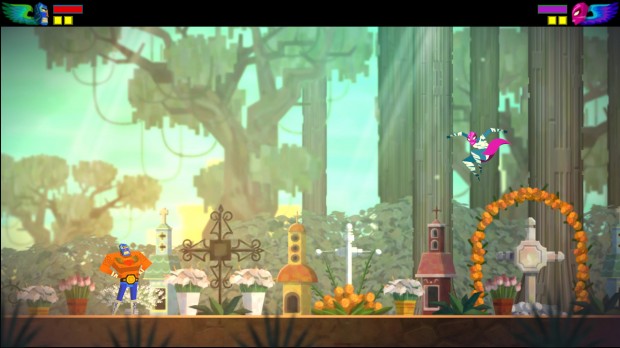 As a nod to the Metroid, you will run into statues that resemble those from Nintendo’s franchise, and breaking will reward you with a new ability or a new special attack that will help you explore more of the world. For example, there are red blocks that can only be broken by a red attack, and said attack (the rooster uppercut) can be triggered by pressing up and the circle button. Each time you use a special attack, a yellow-activation square will be used, and you must wait for it to refill before you can use it again. This helps balance the game so that you don’t spend your time just triggering the specials attack, but the game eventually goes one step further by giving enemies a protective aura that must be broken by the special attack with the matching color. As long as the barrier is up, no damage can be done upon said enemy, and this brings in a welcomed strategy element to the table since you could, for example, be fighting two enemies without a barrier, a flying enemy with a green barrier and a huge enemy with a red barrier, all at the same time, and you would be required to mix and match your regular attacks, your special attacks, your throws, and any other skill you have purchased or unlocked, in order to survive. 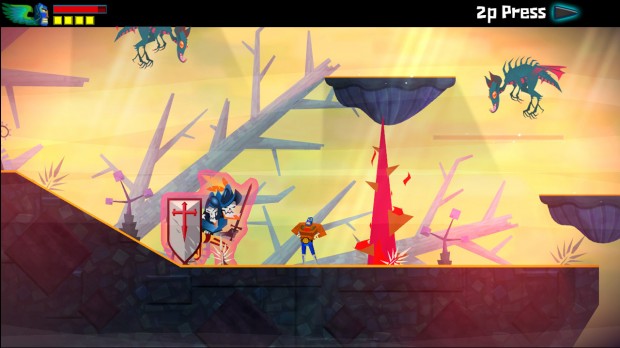 As you can probably guess by now, Guacamelee’s main mechanic is splitting the game into two different realms: the realm of the living and the realm of the dead. At first, you can only switch between them by finding special portals that instantly switch you back and forth, and this is used to give you time to get the hang of things while solving puzzles or fighting enemies in another dimension. In one room, you might need to make your way from the bottom left to the upper right section, but there won’t be enough platforms for it. But, what if you timed your jumps so that you could hit a portal mid-jump so that you would enter the world of the dead and thus land on a previously invisible platform? Once you’ve been doing this for a while, you will be granted the power to change between both realms at will, and the puzzles will get more complex and demand faster reflex. Things only get crazier after this, but I don’t want to spoil things for you.

You can even go out of your way to complete the sidequests presented by the NPCs you will run into during your adventure, and they range from moving some stubborn chicken into their pen, to helping a woman cook the best enchilada ever, and some crazy requests here and there in between. You will be properly rewarded for your help, and completing each sidequest will reward you with a trophy, and you even get an extra trophy when you’ve completed all sidequests, which is always a nice incentive for us trophy hunters.

Guacamelee is a game that you have to play, and it should be bought ASAP. It features a colorful, rich and unique world to explore, and you will spend 7-9 hours playing from start to finish. I had so much fun with the game that, as soon as I completed it and the main menu appeared on my TV, I dived right back into the game in Hard mode. It is THAT good. As a nice bonus, the game also has drop-in co-op that can easily be activated by pressing Start on a second controller. Lucha Libre is always more fun when you tag-team with a friend!

[review score=”95″ pros=”Solid and fun.
Lots of skills, combos and abilities to master.
Platinum trophy!” cons=”Some people might complain about the game’s length.”]

This review is based on a PS3 copy of Guacamelee provided by Brinkbox Studios. 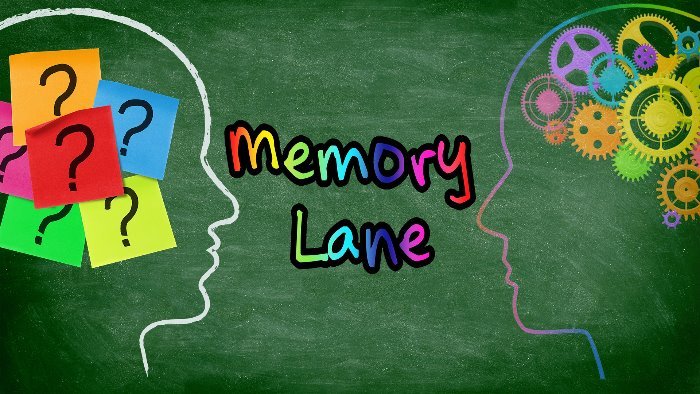