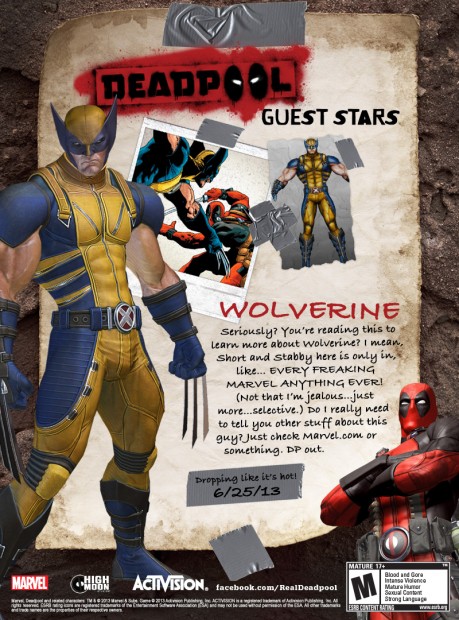 Oh hey, LOOK, it’s everyone’s faaaaaaaaavorite comic book character â€“ Wolverine â€“ appearing in yet ANOTHER thing he doesn’t belong in â€“ MY upcoming video game from Activision Publishing, Inc. and Marvel Entertainment, DEADPOOL, starring ME, Deadpool, and NOBODY ELSE.

Who approved this?! What is with everyone loving Wolverine when I am cooler in every possible way? Who has the cooler costume color palette? Deadpool. Who can fight in melee AND at range? Deadpool! Who forgets his past through repression, like a NORMAL PERSON, rather than dumb amnesia? DEADPOOL!

Sigh…some top brass are telling me I’m contractually obligated to say ONE nice thing about Wolverine before I go, so here goes…

Dear Wolverine: I guess, when put aside the grand history of human conflict and suffering, the lame tank tops you insist on wearing sometimes aren’t THAT bad, bub.

Looking forward to working with you,
Deadpool 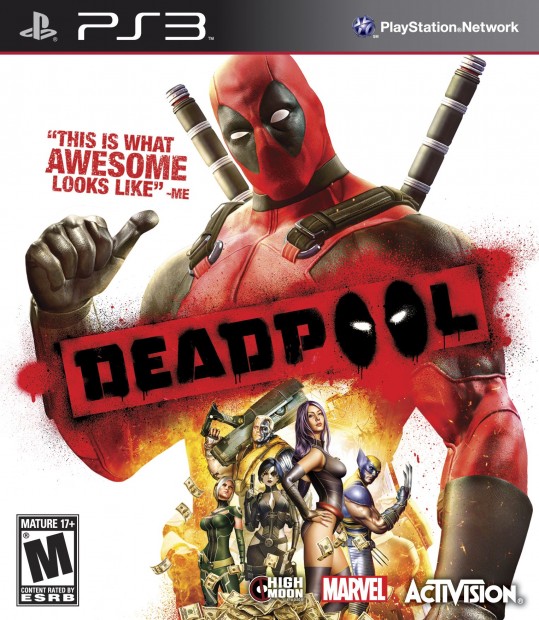 Watch the Access presents: The Last of Us Livestream 11:30 PST Today Here!