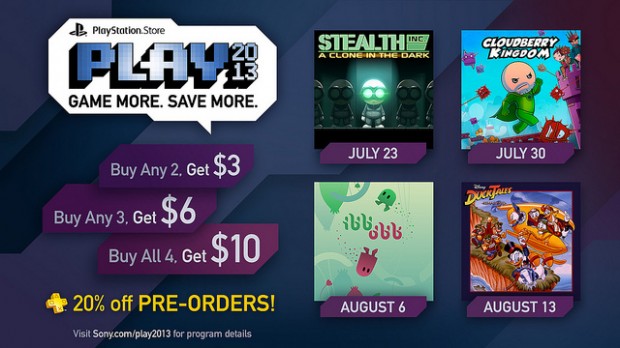 The Sony Playstation Blog has just revealed the games taking part of the PSN Play Deals in July and August.

The big deal here is that the more you, the more money you will receive back from the PlayStation store once the promo is over. Also, PlayStation Plus members recieve 20% off pre-orders!

If you are a PlayStation plus member, you can pre-order all four for $36 and receive $10 back to use on the PSN store next month.

I was already interested in DuckTales and Stealth Inc, and now Im definitely very curious about the other two.