[PS3 Review] Red Johnson’s Chronicles - One Against All

Get ready to solve a unique puzzle-based investigation that will immerse you in a noir world. Red Johnson, one of the best private investigators in Metropolis City has recently gained a fame that turns out to be deadly. A price on his head and a brother that has been abducted will force him to give the best of himself. To sort out this situation, you will need to use you wit, your persuasion skills and even your fists sometimes.

Red Johnson’s Chronicles: One Against All – Launch Trailer

Red Johnson’s Chronicles: One Against All is the newest point and click adventure from Lexis Numérique on the Playstation 3. This game is a follow-up to Red Johnsonâ€™s Chronicles Episode 1 (2011) that has been reviewed here.

Playing this game was my first time with Red Johnson, as I missed the first episode. Thankfully, the beginning of the game wraps up the events from the previous game, so you do not need to have played the first game in order to understand what led to the events of this game.

Story and context
Following the events of the previous game, Private Investigator Red Johnson is now hunted by all of Metropolisâ€™s criminals (like, more than half of the cityâ€™s population) because his head is now worth 150,000$ — ten years of salary in this city — . Right at the beginning of this game, while heâ€™s relaxing in a bar, someone offers him a drink and a sealed box. He quickly notices that the drink is poisoned, and then the story (which I wonâ€™t be spoiling here) begins. 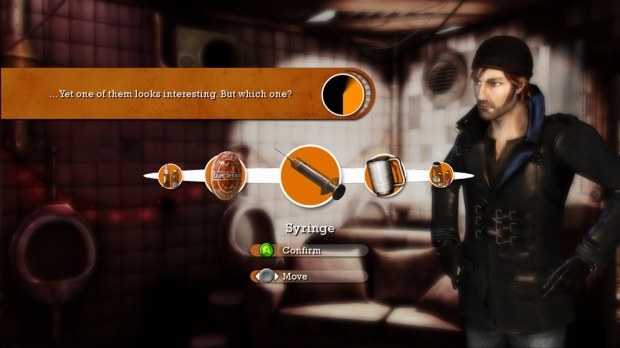 Gameplay
Red Johnson’s Chronicles: One Against All is a traditional Point & Click adventure in which you move your pointer around the screen in order to find clues or solve puzzles to advance in the story. The puzzles are surprinsingly well intertwined in the story, and once a element relevant to the plot is found, a fully animated and voiced cut-scene plays. Those cut-scenes are well done and are sometimes interactive with the inclusion of Quick Time Events. The QTE were very fun, but most of the time I got surprised by them and I’m pretty sure I missed all of them the first time!

A good portion of the game is spent collecting clues and solving puzzles, and they are surprisingly quite varied: some of them requires to find clues using a black light, at other times youâ€™ll be doing face recognizion or even sudoku. I got stuck a few times because some are quite hard to figure out, but hopefully you can get help from Red’s friend Saul using in-game money to buy clues, or to get solution directly.

After all the available clues in a scene are collected, you can go back to your laboratory and take some time to rethink about what you collected. Youâ€™ll need to use your analyzer, a machine that has the ability to find hidden data in the items you gave it (like hidden fingerprints for instance). Analyzed items can then be compared between them and if there is match between two analyzed items, it might just be the hint about where to head next! 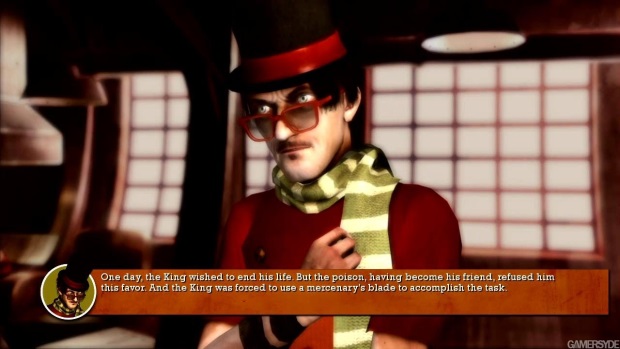 Final Thoughts
Red Johnson’s Chronicles: One Against All is a traditional Point & Click adventure for the lovers of the genre. The puzzles have a good variety and the story is fun to follow. I’ve mentionned that the QTE were hard to get the first time because their delay is pretty short, but this adds to the stressing and dark atmosphere Red Johnson is stuck into!

[review pros=”Puzzles variety
Traditional point and click adventure” cons=”You have to be really alert if you don’t want to fail the QTEs!” score=84]

Cost: $9.99
PSN Game size: 2.6Gb
You can purchase Red Johnson’s Chronicles: One Against All from the PSN.

This review is based on a PSN copy provided by Lexis Numérique.