You’re about to marry Princess Toki, the girl of your dreams. But before you can finish your vows, your wedding is attacked and you’re mortally wounded! As you take your final breaths, you discover that your princess is actually two girls in one, and that they can travel through time. Now you must go back in time and find out who attacked you in order to save your own life!

Time and Eternity is a PS3-exclusive Japanese-RPG published by NIS America.

The game begins with the wedding of Zack (the male protagonist) and Toki, the princess of the Kamza kingdom. Right after the vows are said the ceremony is attacked, and Zack is mortally wounded. This event reveals Toki’s true nature: she starts having a conversation with someone named Towa about going back in time to prevent the current attack from happening. Zack faints and when he awakes he realizes that they have actually gone back in time a few months into their past.

Since her birth, Toki had been sharing her body with another soul named Towa, and she managed to hide this fact to everyone she knew. Depending of the situation, one soul or the other takes the lead, and the two girls have very different personalities: Toki (red hair) is sweet and gentle while Towa (blonde hair) is more aggressive. Although Toki and Towa are both very nice girls, Zack is sadly more of a jerk because while they are doing everything in their power to save their wedding, heâ€™s often surprised with pervert intentions on Toki/Towa, and sometimes even on her friends (!). Because of this, I didn’t really like him, even in the few moments when he acted mature and worthy of being “their” husband. 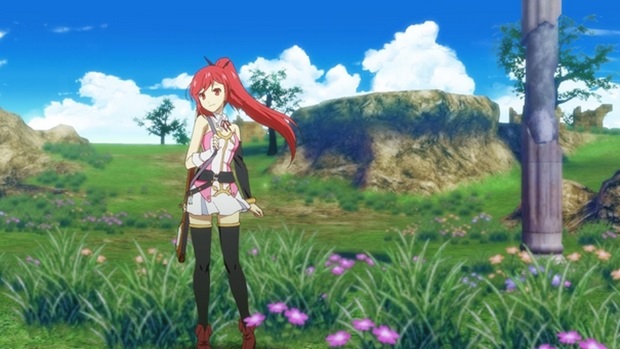 Most of the time spent in this game will be in various fields while fighting enemies. Starting quite early, the fields are quite vast, and they can sometimes take as much as an hour to get through. Hopefully there are a lot of save points and warp zones so progression can be split in a few gaming sessions.

While walking In the fields, the goal is usually to move to the other end to reach the next destination. The next area is usually unlocked when the current one is cleared, but sometimes a few areas become available simultaneously thus giving us a welcome sense of freedom by having the possibility to choose which one will be done first.

Battles are randomly initiated by moving on the field, and while the encounter rate is okay (itâ€™s based on a gauge that gives roughly 30 seconds between each fight), I really would have preferred to see the enemies on the field. That way, when I had to come back on completed zones in order to clear some side-quests, I could’ve had the choice to either fight enemies or not because often itâ€™s only a matter of reaching someone hanging out far (far) away in the area. 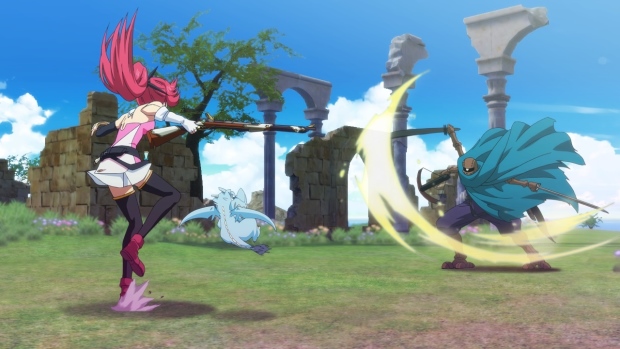 The battles are fought with either Toki or Towa. Each one has her own Skill Tree, and they can be customized independently from the other via Gifts Points (GP). Each time a level is gained, Toki/Towa will change personality to the other girl, and this leads to requiring a little strategy because some area’s monsters are weak to a certain element that only one of the girl possess. The fights can all be done with Toki or Towa, but if you have the wrong elements, the fights are longer.

The battle system for itself is relatively simple: while controlling Toki or Towa, you start by building SP by shooting with your equipped rifle (while dealing very little damage to the enemy). When enough SP is gathered, a special ability can be launched, which usually kills an enemy in a few hits while depleting some (or all) of the accumulated SP. The thing is… you also have to evade enemy attacks because some of them can stun you or, if youâ€™re unlucky, knock you down, which means resetting your SP back to 0. Battles are very fun to play out, and theyâ€™re easily the game’s greatest strength, but because of the necessity to gather SP in order to deal real damage to the enemy by using abilities, SP gathering is sometimes a chore especially when you fail to evade an enemy attack and the SP is reset.

While I was playing, I noticed that each monster has itâ€™s own scripted attack pattern. The first time each monster is met, his pattern must be carefully analyzed because that way you know how much time you have to attack between each of his attacks (failing to block or evade a critical attack can lead to a pretty quick death). Once the enemy pattern is mastered, fights can be over with relatively minimal damage. There are also a few Quick Time Events (QTE) that are randomly triggered within the battles, and I even encountered a few boss fights using a completely different battle engine (those were great!). Finally, there are a few time manipulation spells but I almost never needed them outside their mandatory tutorials. 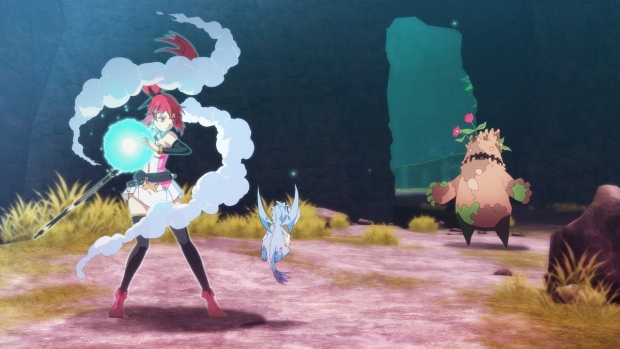 This is a department in which Time and Eternity really shines. Except for the environments, everything is hand-drawn in an anime style, and the animations are usually sharp, although some of them might feel a bit clunky. The fields are vast, but the environments are suffering from reuse (many areas can be recognized as belonging to a previously completed one). The same goes for enemies: a lot of them are palette-swapped from other ones, and I admit I wouldâ€™ve liked to see more enemy types. I would like to add a note about the loading times: while in the fields and in battles, they are fine considering the amount of data to load. However, the overworld and towns are simple 2D images and their loading times felt too long.

I was honestly surprised by how good most of the soundtrack is. Toki and Towa each have their own battle themes and the game even comes with an audio CD that showcases some of the best segments of the game’s Original Soundtrack. Hardcore JRPG fans will also be pleased to know that the original Japanese voice overs are included! 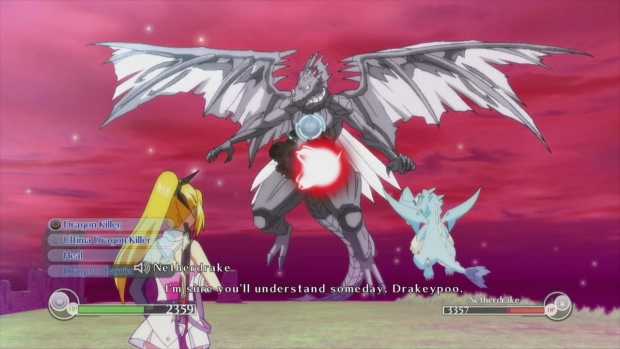 Even with the few game design missteps I mentioned earlier, Time and Eternity is still a pretty fun Japanese-RPG. Battles are fun, and the soundtrack is also pretty good. I would have liked to see enemies on the map instead of random encounters, but I still liked playing this game. This game might feel like a niche JRPG — if compared with other JRPGs –, but I think that comparison wouldn’t be fair and would only hide the strengths of this game.

A couple of my friends saw me playing the game last week and they loved what they saw and ended up buying the game that same day, which goes to show that there is more to Time and Eternity than what you might have read somewhere else.

You can purchase Time and Eternity from Amazon.com here or on the PSN.

This review is based off of a PSN copy provided by NIS America.