Orphaned as a child, Lux was raised in the small village of Selka by his grandmother. He lived a quiet and uneventful life there until on his 18th birthday, when he decided to join the legendary Holos Guild, an organization whose primary mission is to rid the world of evil. And thatâ€™s when Luxâ€™s life began to change. A chance meeting with a young girl will lead Lux on an adventure of a lifetime, answering questions of his past and secrets that dwell deep within his soulâ€¦ Is there more to Lux than meets the eye? Youâ€™ll never know quite what to expect in Mystic Chronicles!

– Assign godlike beasts to each character with the Guardian Beast system!
– Tons of exciting quests to complete!
– Craft hundreds of deadly weapons!
– Test your battle skills in the challenging coliseum!
– Classic visual feel of 16-bit era!

Mystic Chronicles is an old-school PSP/Vita RPG developed by Kemco and released in the US by Natsume. It hits most of the genre clichÃ©s (abandoned orphan who can’t remember his past, young mysterious girl that is found by the group, defending the world from destruction, anthropomorphic critter that joins the group that has something to hide from his past) while mixing a healthy dose of classic gameplay and tactics. 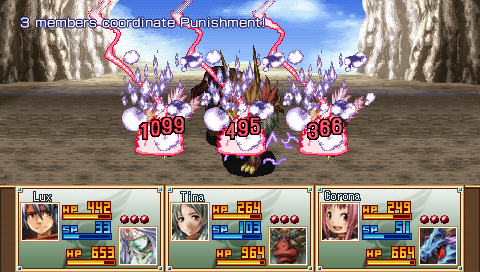 It contains an unique battle system that sees your party members enter a pact with guardian beasts that can attack, defend or heal their master and the whole party depending on the tactics established for each guardian beast as well as to the way the battle itself is played out. On top of that, there is a guild system in place that allows you to take main quest as well as several sidequests that reward you with money and materials which are used to forge new weapons and armor or to strengthen and improve the ones you already have in your inventory. 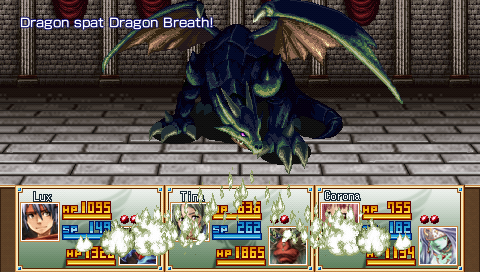 The art style used for the game reminded me of the good old 16 bit RPGs of ages past, but with some of the polish and improvements made in the last two decades. Rich, colorful sprites fill the screen during battles, and the dungeons, mines, buildings and towns you’ll visit are full of life and character. 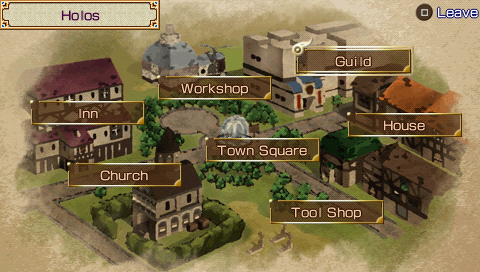 Traveling between dungeons and towns in each region is easy since there is no overworld per se. When you exit an area, you are taken to a map for the region, and you can quickly travel to any open destinations in the map. Some of the dungeons offer more than one entry point which makes it easier to fulfill the requirements of some of the later quests since specific enemies are more common at particular sections of each dungeon. In towns, you are presented with different sites to visit, such as the local guild, the item store, a house here and there, or perhaps even a church. This is done by selecting your destination from the town screen, lowering the time it takes to get from one part of town to the other, cutting down on unnecessary backtracking. 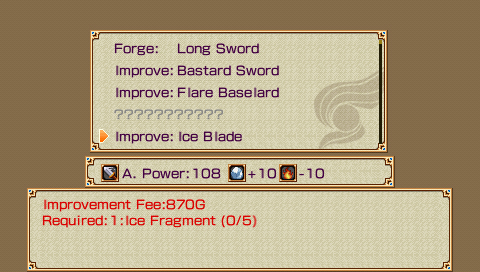 Aside from the Guild, the most important destination for each town will be the Workshop. In each workshop, you’l receive some books that teach you what is needed to create new weapons or armor as well as to improve them, thus making it easier to increase your odds for defeating that powerful dragon that destroyed you in a couple of minutes in the last dungeon. You can also buy pre-made weapons and armor in case you still don’t have the materials for the more powerful options, in order to lower grinding for experience. 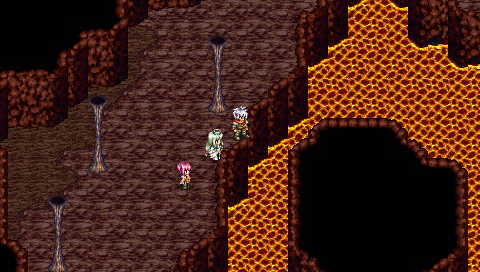 Battles are randomly initiated (just like in the old days!), but they never felt overwhelming or constant. They’re balanced out so that you don’t end up entering a battle every 5 steps, and the pacing is good enough as to allow your party (and your Guardians) to level up as you go. The game DOES reward players that spend some time grinding since you will have access to more skills that can make a difference in the heat of battle. Take for example a healing spell. You might get a simple healing spell at a low level, but if you’re patient and spend some time leveling up, you might have access to a healing spell that affects your whole party a couple of hours ahead of schedule. 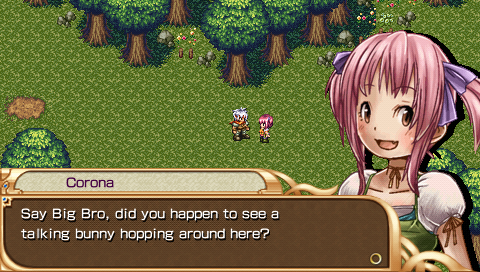 You will eventually unlock a helper in the Workshop that can be sent to any unlocked area of the world to farm for materials and you can just come back to any workshop to secure your new loot. The more battles you participate in, the bigger the amount of materials this helper will obtain for you. As the story progresses, more and more helpers will be available for farming materials, and you must carefully pick where you send them as to not waste your time with low grade materials that won’t let you improve your equipment.

Speaking of materials, you should keep your eyes open while exploring each dungeon, town or area since sometimes you will run into Question Marks that pop-up next to items that can be searched to obtain common, uncommon or rare materials and, at least for all areas not in a town, said spots will replenish when you exit to the overworld map. You must keep this in mind since some materials can only be found in a particular area, and only after making several trips back to the same source. 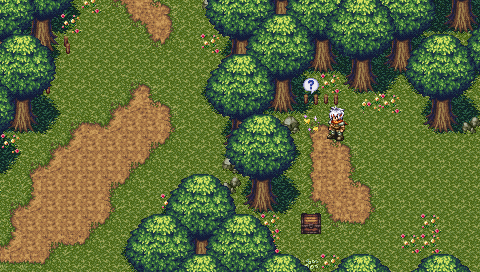 Mystic Chronicles is a great option for RPG lovers. Natsume did right in picking this game for a digital release, and you’ll be able to play it either on your PSP or Vita. It took me well over 30 hours to complete everything the game had to offer which is a nice amount of content for your purchase. The gameplay mechanics, art style and side quests will keep you busy and coming back for more until the end.