Embark on a grand adventure in the lands of Halodra Ille! The fate of this world hangs in the balance as the barrier protecting it is severely weakened. The gods granted power to six rings to form the world’s barrier and located them in a tower known as Dragon’s Fang. Dark priestesses planned on destroying the barrier for so they could summon their Demon King. When they tried to destroy one of the rings, the barrier weakened greatly, but the remaining five rings scattered themselves across the ends of the realm to prevent further damage to the shield. With the shield weakened, monsters of increasing power and ferocity began appearing throughout the lands. You must join the search among other adventurers of Halodra Illa and find the five rings and restore balance to the world!

Elminage Original is a First Person dungeon-crawler RPG, in the vein of Wizardry, for the PSP/Vita. It was first released in Japan in 2011 by Starfish, then in North America in 2012, and it has finally made its way to Europe thanks to Ghostlight. If you came here expecting mind-blowing visuals and having your hands held as you are led down a one-way path all the while pressing X to perform amazing super cool moves, then this game is not for you.

Elminage takes place in Halodra IIIe, a world created by six gods from the dust of an old one that recently fell. After doing this they decide to infuse their powers into six rings that many years later need to be recovered in order to keep balance in the world. After an initial training quest, the whole world is opened to you. And really that is all you need to know about the story as it is not the primary focus of this game. 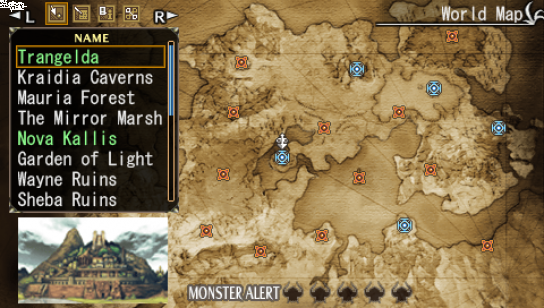 Instead, Elminage focuses on gameplay that aims to evoke memories of ye olde â€˜90s hard RPGs. As mentioned before, the game makes no attempt to hold your hand or explain anything in its unforgiving world, a place where something as simple as opening a treasure chest could mean the end of your team. You make one mistake and you should expect to be punished regularly. Your only means of surviving is to take each step carefully.

I do have to mention that the game provides you with plenty of tools to play with. At the beginning of the game you are given the chance to create a party of 6, and each party member can be chosen from 9 different races, made either male or female, and then there are a further 16 classes to choose from, each with their own abilities and stats.

This does sound daunting at first, and it is made all the more troublesome by the fact there really is no way to tell the difference at a glance between the classes. Baring stats requirements before you can assume a class, there is nothing straight away that tells you why a Bishop would be preferable to a Priest, a Fighter to a Thief or the other way around.

And this pretty much is the problem with the game. There is a genuine lack of communication from the game towards the player. Almost every item you come across is either confusingly labeled or not at all. It took over 10 hours of gameplay and tinkering before I found an answer for why my Thief and Samurai refused to attack opponents with their short sword and Kodachi respectively, whereas my Priest and Shaman were happy to swing theirs at anything that moved. 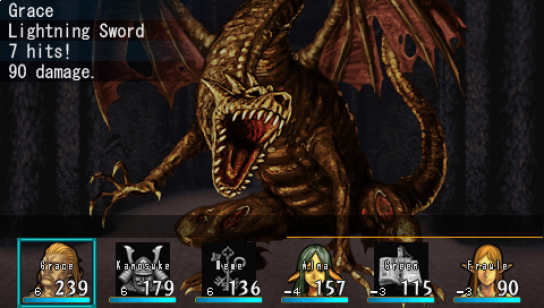 By not having answers to solutions spoon fed to you, it can be argued that this is pretty much what the game tries to encourage: only by actively experimenting or by taking a gamble do you pick up strategies of merit that are useful to your style of play but, by the time you do so, the knowledge is either now useless or a pain to use. By the time I figured out an answer to my problem, I had already ditched my thief and samurai and was rocking a team made almost exclusively of magic users, and there really was no point in bringing back the thief and the samurai when they are so painfully underpowered compared to the rest of the team. In summary: a lot of these problems could have been solved if time had been taken to explain a few things or at the very least, giving warnings to why certain decisions might be for your benefit.

But itâ€™s not all bad. Once you get over the initial hump of the game or at least learn to adapt to some of its shortcomings, you are left with a very engaging experience that truly shines especially when in the combat. Find the right combination of party members that suits your play style or that can face the demands of particular dungeons, and you get to experience a truly rich and rewarding combat system further enhanced by some creative dungeon designs, as well as a great soundtrack that helps to create a wonderful experience. 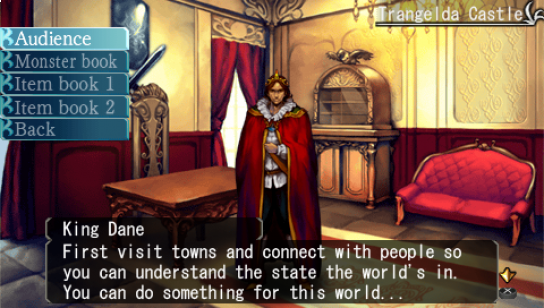 When you are doing things right, being punished in a game can fun, just as long as you know why you are being punished. It can be disheartening the first time you enter a dungeon and have your first opponent defeat your party without much effort but, at the same time, it is very rewarding when you figure out a strategy that wipes the floor with the exact same opponent.

All in all, Elminage Original is a throwback of a game that does a decent effort to evoke memories of an old style of play, but it also serves as an example that shows much of the flaws of the older styles. Unclear objectives, unbalanced difficulty and a sometimes cumbersome menu system overshadow a pleasurable experience, so do take that into consideration.