Lost Planet 3 is a third-person shooter developed by CAPCOM and Spark Unlimited. This game is set chronologically as a prequel to Lost Planet: Extreme Condition and Lost Planet 2. For me, this was the first Lost Planet I tried out since I hadnâ€™t had the chance to play the other two, and Lost Planet 3 impressed me with its production value, both in the graphics and the narration!

Lost Planet 3 is a mission-driven third-person shooter. In this game you are Jim Peyton, a Neo-Venus Construction (NEVEC) employee working on the foreign E.D.N III planet. Since the events of this game are occurring before Lost Planet: Extreme Condition, E.D.N. III is in a pretty harsh Ice Age, having frequent storms that vary in strength and duration.

Because of the ice-cold temperature and the frequent storms, E.D.N. III is not currently habitable by humans. Jim’s role is to take part in the early colonization of this planet, mainly by securing Thermal Energy (T-Energy), taking down Akrids (the indigenous “enemies”) or by repairing mechanical structures, destroyed by either the storms, or by “something else”. 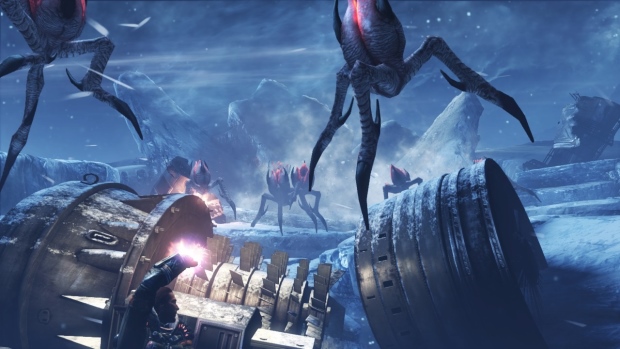 Right at the beginning, Jim is informed that the T-Energy reserve is running low in the main base, and the success of the colonization mission depends on the availability of this natural resource. T-Energy has many uses, ranging from heating basements to being the power source of all Mechanical rigs – giant metal machines that transport people on the planet.

Lost Planet 3 has a really big map in which various missions are given. You begin in a base that is the center of operations for the colony, and you quickly have access to your rig, which is used in a good portion of this game. Driving a huge mech out in the storm is actually really cool, and thanks to very well placed pointers youâ€™ll never actually get lost in the storms. I very much liked the missions in which I had to go out with it! 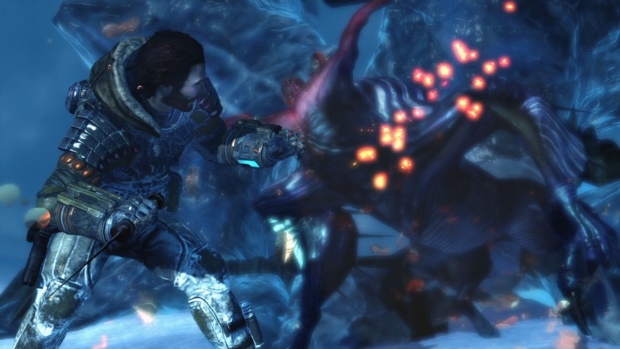 However, most of the missions involve getting off the rig when youâ€™re nearing your destination (often either a cave or a mountain) and going on foot from this point. In those hostile environments, youâ€™ll be attacked by Akrids which, like Trev wrote in his preview, look like beasts that got out of the Avatar movie. When an Akrid is slain, it drops T-Energy, which they naturally have as their own heat source (this is how they can survive in the cold).

When Jim reaches the objective of some missions, he will be greeted by a boss… and those fights were very impressive! The bosses in this game require strategy because you have to find their weak points that have to be discovered in order to deal damage to the creature. Once the pattern is known, destroying the beast is only a matter of timing your shots with his attacks! 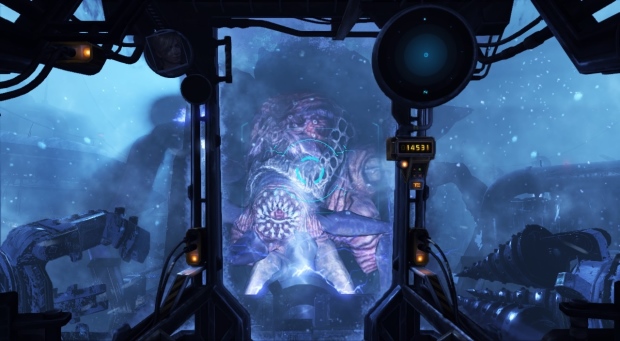 Lost Planet 3 also has a few multiplayer modes, like the expected Team Deathmatch and Akrid Survival, in which the players must survive waves of enemies. There are also two other modes which are “Scenario” were players have challenges to complete and and “Extraction” in which five teams must extract T-Energy from the ground.

Lost Planet 3 is built on the Unreal Engine, and the game is gorgeous. The characters and the Akrid are all very well defined and animated, and E.D.N III looks like a really hostile environment. The world is huge and is separated in segments which are all linked together. One of the main issue I had with this game is the loading time when switching from one section to another since they are long and do break the pacing of the game. I also noticed that frame rate drops when fighting very large groups of monsters. 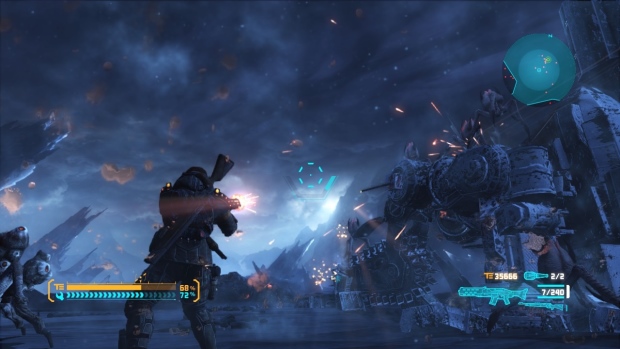 Lost Planet 3 is a great third-person shooter with a good story, and I liked playing through the hostile environment of E.D.N. III! I particularly liked traveling in the rig and the very creative boss fights, but I think the loading times of this game were too long. I recommend this game to players who like third-person shooters, or people that want to be entertained by a good story.

You can purchase Lost Planet 3 from Amazon.com here or on the PSN.

This review is based on a copy provided by Capcom. 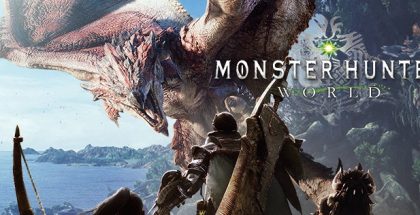