In this psychological survival adventure, the masked protagonist must escape from a city ravaged by disease, by any means necessary. Lone Survivor: The Director’s Cut is a new kind of adventure where the choice of how to survive is up to you. Sneak through without firing a single shot, or kill everything in your path. Eat and sleep well, or resort to drugs to keep going. Search for survivors, or try to escape the city alone. Look after your mental health, or descend into madness. Lone Survivor is a game where your choices genuinely matter. This extended edition of Jasper Byrne’s horror masterpiece expands Lone Survivor’s deep story with hundreds of tiny new details, more locations, more dialogue, more side quests, more craftable items, and even two completely new endings. Lone Survivor: The Director’s Cut really is the ultimate version of this acclaimed game.

After being available on PC, Lone Survivor has been reworked for PS3 and Vita in a Cross-Buy and Cross-Save digital release. As mentioned before, those that have already played the game will find enough extras for another run, including new locations to visit, reworked dialog, two new endings and new items to help you on your journey, making this the definitive version of Lone Survivor (hence the Director’s Cut name).

The moment the game’s main screen pops into view, and as soon as the music starts to play, your mind will be taken to Silent Hill… and that is ALWAYS a good thing. You’re quickly asked if you’re either a first time player or someone that has been through this song and dance before, and that places players either on the normal mode for the game (in which prompts will show up so that you can interact with items and locations) or in expert mode (no prompts and a harder game). 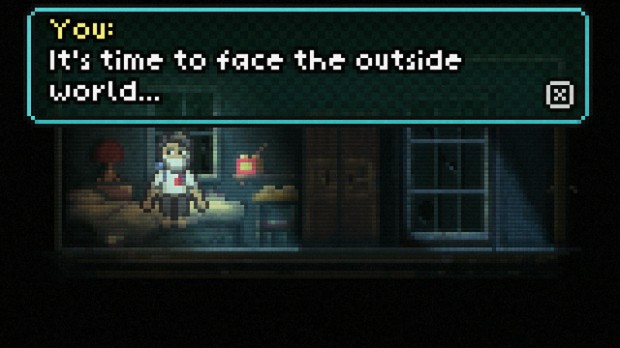 Speaking of you, that is the name of the main character. He’s only referred to as you and is never given a full name which, to some point, makes it easier to dive into the game and enter the particular state of mind needed to enjoy this. To make everything better, it is highly recommended that you play this with headphones and in a dark room, just like you should always play horror games. 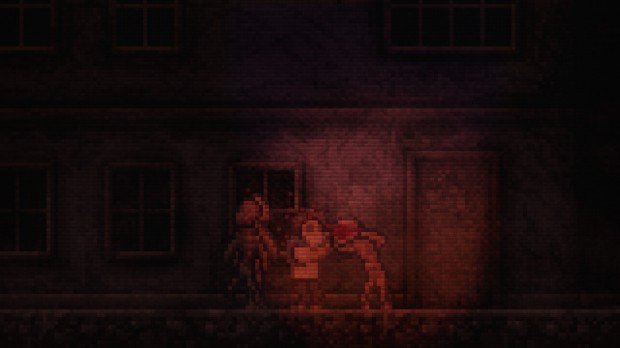 As the only survivor in a world that is no more, you must start by visiting each of the apartments in your building to look for supplies, food and perhaps another person who doesn’t know there might be other survivors. As you slowly open the door and exit your apartment, you stop and realize you’re not alone after all. You turn around and squint as you try to make out the figure in the corridor that is moving towards you and, as you turn on your flashlight, you realize it was a huge mistake. You hear a scream that pierces your soul, and you look at the thin and fleshy bag-of-bones that is now running your way with a sharp line of teeth, craving for human flesh. Oh, and this is just in the start of the game.

You will come face-to-face with unspeakable horrors that will haunt your dreams as you slowly drift in and out of reality, your only escape being the pills you find that might help you get a better night of sleep in this barren wasteland. But even in your sleep, you can’t escape from the madness that surrounds your life, and you will be visited by enigmatic characters that slowly unravel what is going on through your head. 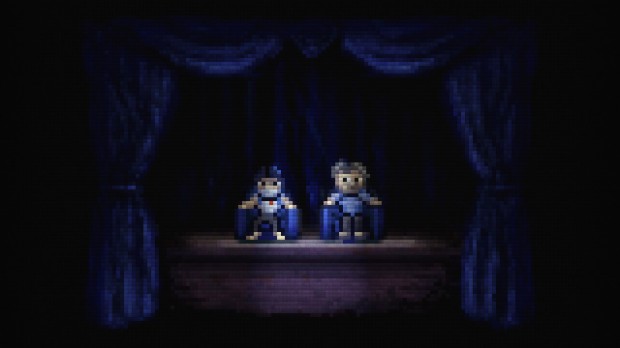 Batteries are scarce, and you must scavenge any supplies you can find in the city. You must memorize the layout of each room and location to maximize the battery charge in your flashlight or you run the risk of not having a functional flashlight which would keep you from reading messages in the walls or picking up items in the floor (you is too scared to blindly grab something before knowing what it is), and when you’re surrounded by enemies it is hard to survive when you can’t even pick up the ammo in the floor to reload your gun.

If you’re good enough you’ll be able to find a gas tank for your apartment as well as pots and a kettle so that you can cook some of the food you find, making it more potent and better for your overall health, and you can also combine food items to make them stronger. Take for example the cheese and cheese crackers you’re given at one point in the game. By themselves, they provide little to no value, but if you combine them you’ll get the most out of this snack. If you’re lucky enough to find a way to get some water, you can even brew coffee to stay awake longer, and water by itself is one of the best things you can drink to recover if you’ve suffered some damage.

The game will take you about 5-6 hours or so to complete, and by the end you’ll have run on top of an emotional roller-coaster that will show you what happens when someone is all alone in a dark world that has run out of positive emotions. Since you can send your saves to the cloud and move them between the PS3 and the Vita, you can make the most of your free gaming time with Lone Survivor either at home or on the go, and a single purchase unlocks the game on both systems, which is always a nice extra. You do have to remember that in order to save your progress, you must return to the apartment to get some sleep, or else everything you’ve done for the day will be lost. 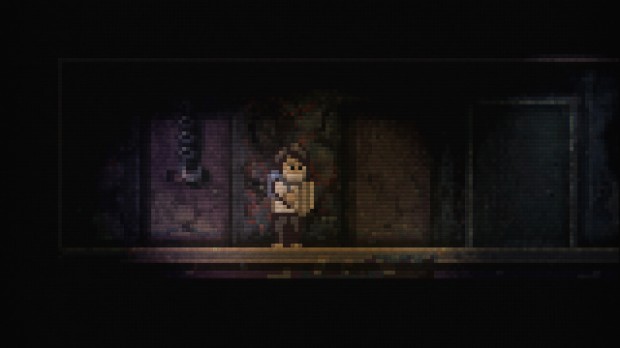 Lone Survivor: Director’s Cut is a great game that all survival horror fans will love and that every gamer should at least try. The gameplay is easy to understand, and the game lends itself to multiple playthroughs since there are five endings, and every action in the game brings you one step closer to one ending and two steps away from the rest. The pixelated graphics, moody music and background story will pull you in and they will not let you go until it’s too late…

Moody atmosphere that sells the premise.

Tight gameplay.” cons=”Some people might find it too hard.”]

This review is based on a PS3/Vita copy of Lone Survivor: Director’s Cut provided by Curve Studios