In the near future advances in engineering made interstellar travel possible, bringing forth the era of space exploration. Along many planets the mankind has discovered was a world very similar to Earth circa Jurassic period. The planet had a lot of islands populated with huge and wild animals, which supposedly looked just like Earth’s long extinct dinosaurs. Soon enough exploration of the planet has begun. Â«DinoHunt, IncÂ» was established and the company started to provide hunting trips for everyone wealthy and bold enough to take on mighty creatures inhabiting the planet. You are one of those hunters. The game brings you to an ancient environment and lets you hunt for the most dangerous and the strongest creatures in the universe. Buy a hunting license, pack up your gear, choose an island to hunt and embark on the adventure of a lifetime!

Carnivores: Dinosaur Hunter HD is a remake of the original release which updates everything with new visuals, new game mechanics and trophies, and is currently available as a PSN download for all to enjoy. Did the transition from PS Minis to full-fledged PSN release manage to still maintain the fun elements of the original Carnivores? Let’s find out!

As was the case with the original Carnivores release, hunting down dinosaurs will reward you with points that can then be used to purchase extra weapons and items to make your way towards new areas to hunt even larger and deadlier dinosaurs that will stop at nothing to rip you to pieces if you’re not careful. As was also the case with Carnivores, you will slowly make progress during the first couple of hours in the game since without the necessary points you won’t have access to the gadgets that make your life easier (but also reduce the points you get from hunting a dinosaur). Something interesting in the game is the option to activate a license for each dinosaur with your points since, without the proper license, you won’t be able to lift the dinosaurs to your trophy room so that they can be displayed to show your skills. 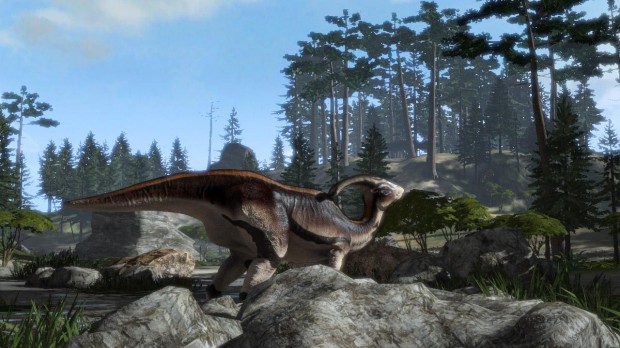 The first few dinosaurs you will hunt aren’t dangerous for your health since they will run away the moment they hear you coming (or smell you), and you will have to give chase if you want to claim your prize. But as you progress in the game, your strategy must shift since dinosaurs will not only be faster and will quickly spot you, they will also hunt YOU for a change.

This is extremely important when you graduate into hunting the biggest and most dangerous dinosaur of them all: the T-Rex! This vicious dinosaur will destroy you in a second if you’re not careful, which is why you must wait until you’re properly prepared and have enough experience with the game or you will not see tomorrow’s light. But the game KNOWS it can tempt you into taking a risk and dangles a particular trophy in front of you if you manage to not only hunt a T-Rex… but can also FILL your entire Dinosaur trophy room with T-Rex! 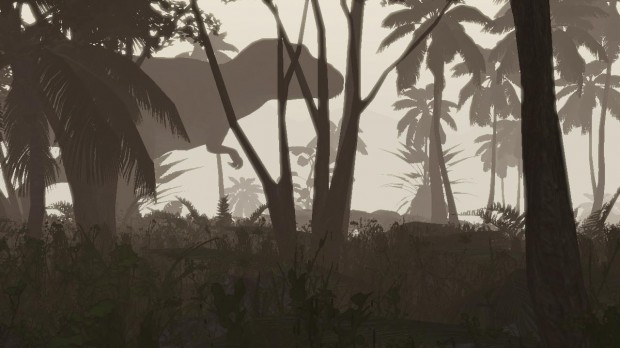 You will always have a handy gadget that shows you the map for the area you’re exploring, and it also doubles as a nice set of binoculars that help you view into the distance while you track down your prey. Speaking of tracking, you can spend your hard earned points to improve this gadget so that it can reproduce a sound to lure out the corresponding dinosaur while giving our their position, being able to follow the tracks left by dinosaurs, show you the weak-point of each dinosaur, or even show you where exactly each dinosaur is located on the map. 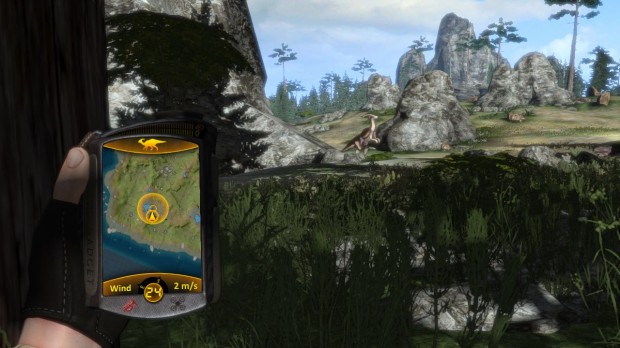 A nice extra is the PlayStation Move support for the game which allows players to immerse themselves in this experience, and it makes running, aiming and shooting very intuitive and simple for all users. 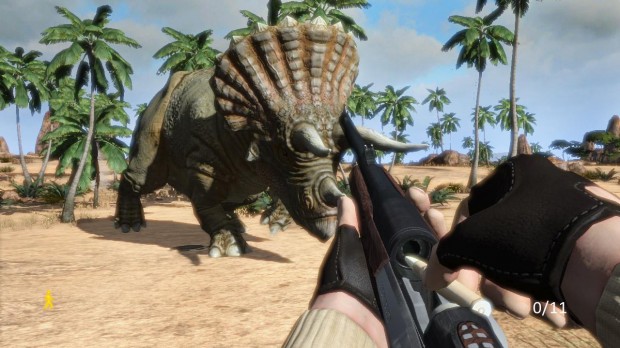 Carnivores: Dinosaur Hunter HD takes the best elements of the original release and improves on them for this PSN release. Other than some minor graphical glitches here and there, and the slow start for the game, you’ll spend dozens of hours hunting a wide variety of dinosaurs for your collection, and you will be rewarded for your efforts with several trophies that mark your accomplishments.