The most entertaining multiplayer action platform game of the year has just arrived! Enter the arena as one of the eight Atomic Ninjas and battle it out against other players and bots, online or locally! Outsmart and outflank other players, upgrade your Super Abilities and use crazy ninja weapons and gadgets. Only the most malicious players win!

The game starts you with a Tutorial so that you can understand how to control your Ninja while also being introduced to the items and abilities available during a match. It wonâ€™t take you more than a few minutes, and once youâ€™re done youâ€™ll even get your first trophy! 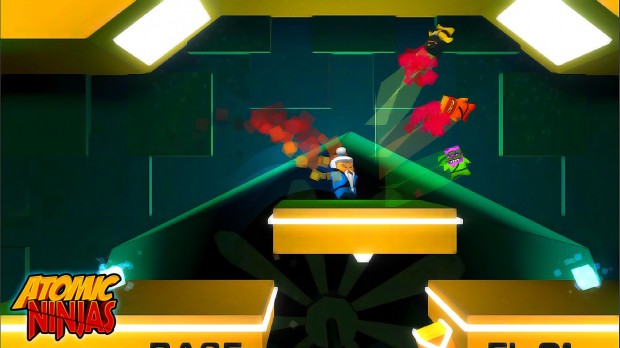 After this, you’re thrown into the main menu to start diving in to the online portion of Atomic Ninjas… also know as THE only option available. That’s right: Atomic Ninjas is an online game! But don’t worry about that since if, for some reason, you canâ€™t find a match, you have the option to create your very own match to be populated with random Ninjas from around the world, friends you invite to the match or, worse case scenario, Ninja Bots that will allow you to hone your skills (which also allow you to gain Experience to level up your Ninja). 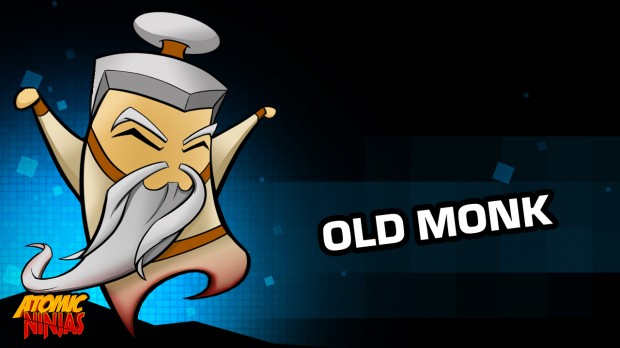 I played the PS Vita version, and at first I was a little confused with all the controls. The tutorial that is given at the beginning of the game is quite express, so if you miss something (sadly, that was my case), be aware that a few game matches are needed to learn how to play. 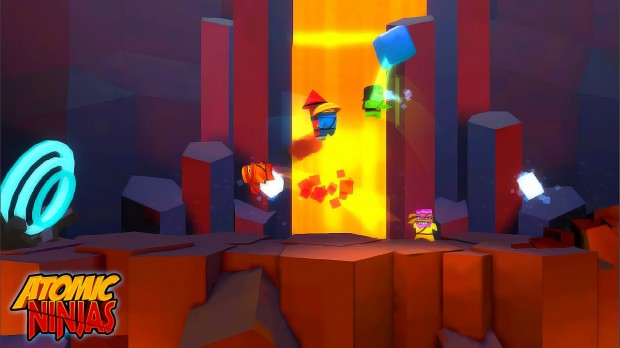 The thing I preferred about this game is how your online character builds up with each match. Once a match is played, you gain experience points that go towards your level, and by doing specific challenges in the games, youâ€™ll unlock special skills that will help you get stronger. 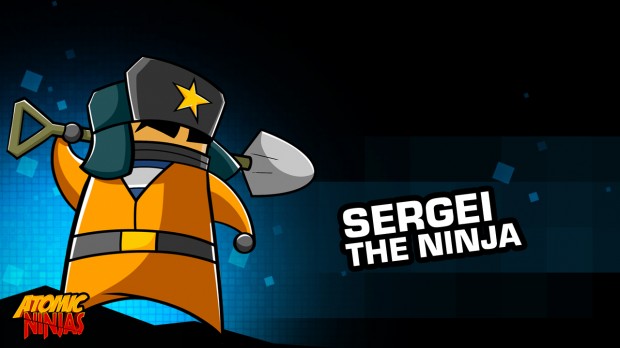 Specifically about the PS Vita, I think that the loading times were too high: just booting the game takes a long time and entering an online match also needs to pass through a long loading sequence. Also, when looking for an online match, I noticed that the online community is really small: joining a game can be hard. I also even connected once to get the message that there were no gamers in the lobby! I found it easier to start a match myself, and once one or two people have joined, add a bot before they leave the lobby. The bots AI is good, so even when someone left the game and was replaced by one of them, I usually didnâ€™t even notice until further in the match.

Atomic Ninjas is a fun game you can either enjoy in short burst or during longer periods of time and it will keep you coming back for “just one more game” over and over. The extra goals for each match, being able to level up your Ninja, and the fact that you can unlock other Ninjas with different starting skills, greatly adds to the replay value for the game. An extra bonus is that the game is Cross-Buy which means you can get it on PS3, and you will also receive the PS Vita version, or you can go at it the other way around as well.

You can purchase Atomic Ninjas from the PSN. 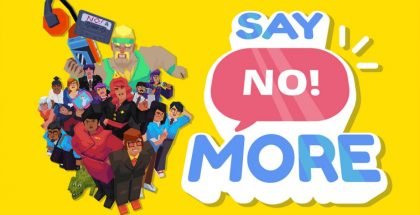