Princess Bubblegum summons Finn and Jake to the Candy Kingdom to investigate a rash of thefts and kidnappings that have plagued her kingdom. She thinks the cause lies within her Secret Royal Dungeon, where only the nastiest monsters and criminals are locked up. If they’ve found a way to escape, the Land of Ooo will be in danger!

Adventure Time: Explore the Dungeon Because I DON’T KNOW! is a rogue-like dungeon crawler. You will control a few of the characters from the TV show to go through the deep 100-floors dungeon under the castle.

Adventure Time: Explore the Dungeon Because I DON’T KNOW! – Gameplay 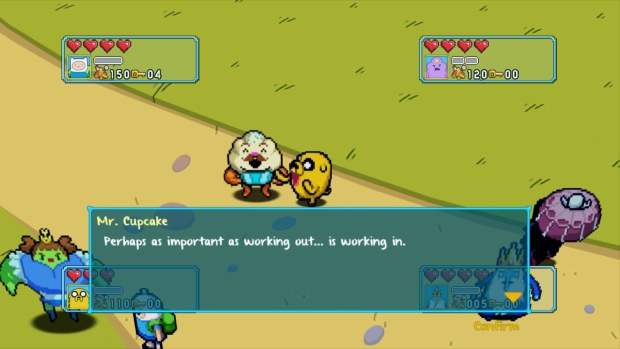 There isn’tÂ much story in Adventure Time: the start of the game explains why the dungeon must be explored, then youâ€™re left to wander the dungeon soon after. Exploring the dungeon itself is very repetitive: you will be over and over again in a similar level design, fighting the same enemies (although a few more are introduced as you go deeper). Also, you can only get out of the dungeon to save at each 5-floors interval. Crossing 5 floors can take up to half an hour (and you canâ€™t go back up), so take note that this game cannot be played for short intervals. 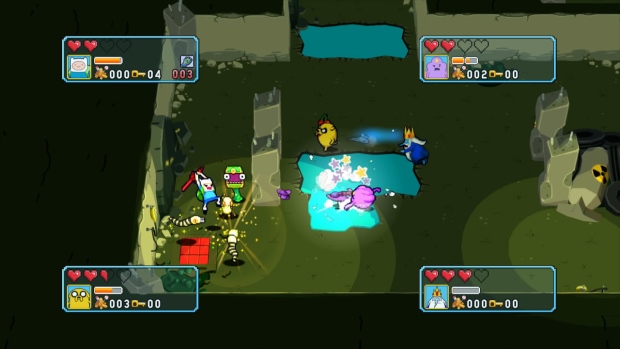 A local co-op feature is available (drop in and out), and the most fun I had in this game is when I played with my daughter. However, the controls are not perfectly responsive, and since sheâ€™s not so used to playing games, she would either get killed or not be able to hit the monsters. All in all, we played roughly for an hour together, and she got bored of it. 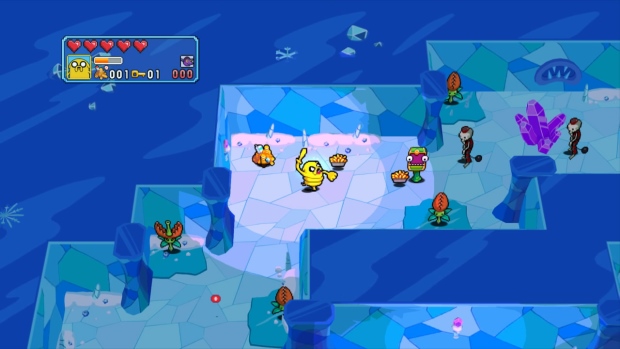 Each character has a set of attacks. Pressing X does their standard attacks, and a special weapon (usually found in chests) can also be equipped. A special “Imagination Attack” can also be launched when enough enemies have been defeated, and that special attack does huge damage to the enemies on screen. 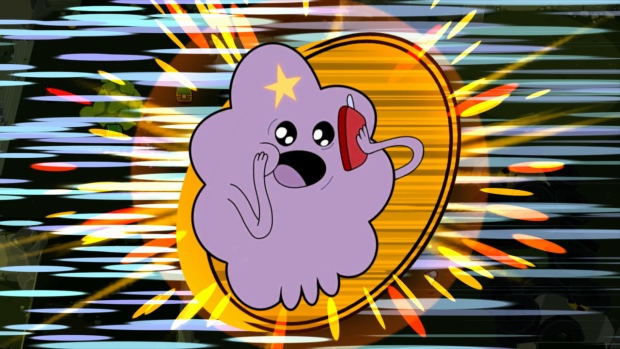 Finally, a few basic side-quests are available when youâ€™re outside the dungeon. In those quests, you will mainly be collecting tokens or money. A few boss encounters are also scattered in the dungeon at key floors. I fought a few of them, and their patterns were fairly predictable which made the combat very easy. 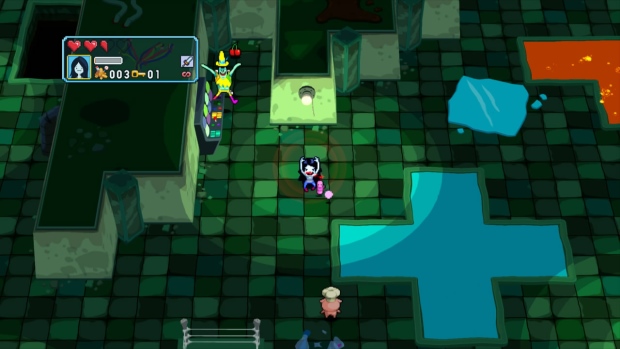 Adventure Time: Explore the Dungeon Because I DON’T KNOW! is a mixed experiment. The controls are hard to get the hang of, and the checkpoints are far from each other. The game itself is very repetitive, but it can at least be played with your children in the local co-op mode.


This review is based on a retail copy provided by D3 Publisher.