One of the first thing that I noticed is that the game name is not Final Fantasy XIII-3, which would have been expected to follow the previous games name structure. The game is called Lightning Returns: Final Fantasy XIII, the main heroine of the FFXIII trilogy, and lets you know that she will be the only playable character.

The demo shows a segment that seemed relatively advanced in the story, even for me who has completed both FFXIII and FFXIII-2, so I did find that the story was a little confusing: Snow (Lightning’s long friend) is now an enemy and the demo’s opening cutscene starts with those two having a fight to the death.

After the very cool opening cutscene (we have to give credit for Square Enix for making REALLY cool in-game movies!), we get control of Lightning, and she must then catch up with Snow. We are then introduced to the new battle system, which I found to be more active than the previous iterations. Instead of selecting the Paradigm in which you want the party members to auto-fight, we now have a more Action-RPG-oriented battle system. The actions that can be done in-battle are mapped to the X, O and Triangle buttons, and actions can be spammed as long as you still have ATB. The Square button stands for Guarding. ATB itself depletes really quickly, but Lightning can also change her Dress (which looks like a Class/Job system), and each Class has its own independent ATB Gauge. Enemies can still be staggered (stunning the monster to deal massive damage in a short time), but I think the demo has an overpowered Lightning because I was usually killing monsters before staggering it. 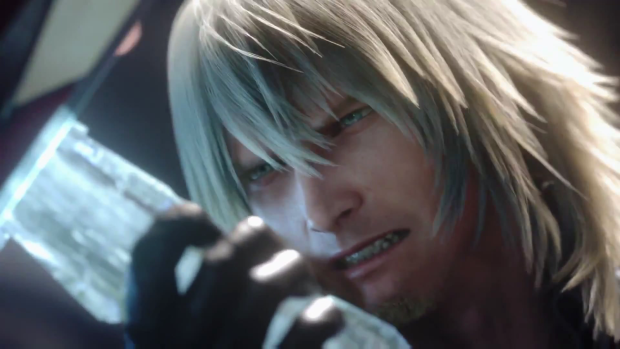 Snow in LRFFXIII looks… different from what we were used to

After a small run through the level (which shows some very good Level Design), we get to see a girl named Lumina (which looks WAY TOO MUCH like Serah, Lightning’s sister), and after a small cutscene, she calls a boss. The boss itself wasn’t too hard to beat, and once the combat is over, there are a few others cutscenes before the demo ends.

I really can’t wait to have the retail game in my hands since the demo raised my hype for the game. The gameplay will fell very differentÂ for players who mastered FFXIII and FFXIII-2, and I think that is a good thing. The game engine also seems to have gotten an overhaul since the latest iteration because it ran very smoothly at I didn’t notice any frame-rate drops. The gameplay was very fluid, and the characters were gorgeous. If you’re planning on getting the full game when it is released, I suggest you download the demo because it yields an exclusive item in the retail game that will not be accessible by other means.

Have any of you tried the demo ? Did you like it ? Also, be sure to read my full review when Lightning Returns releases!

Lightning Returns: Final Fantasy XIII will be released February 11th in the US and February 14th in Europe.