After one of the most infamous manhunts in galactic history results in the capture of Vendra Prog, Ratchet and Clank offer to escort the dangerous criminal to the Vartax Detention Center. After a daring orbital jailbreak at the forgotten edge of the galaxy, Ratchet and Clank find themselves lost in an abandoned sector. There, in deepest space, they uncover an inter-dimensional event that threatens the universeâ€”and forces Ratchet to decide whatâ€™s really important.

A return to the Future â€“ Series protagonists, Ratchet and Clank, return along with Captain Qwark, Talwyn, Cronk and Zephyr in a brand-new, story-driven single-player adventure.

Discover new worlds… and the dangers of space â€“ Traverse through the zero-gravity of space and explore a mysterious sector filled with new planets to explore along with hidden dangers and dark secrets yet to be uncovered.

Ratchet & Clank: Into the Nexus is the final R&C game on PS3 and it serves as an epilogue to this console generation’s story.

If you have played the PS3 games from the Ratchet & Clank Future Series – which include Tools of Destruction, Quest for Booty, and A Crack in Time – you will be right at home with the gameplay and story in this one. This really does serve as the final chapter to close out the PS3 era of R&C stories. If you haven’t played them yet, I suggest that you go and play them before this game, to catch you up on the story.

The story introduces Vendra Prog and her brother Neftin very early on, as you are escorting Vendra to prison in your ship. As with most prison transports not everything goes to plan, and your story begins here. It was great to have new villains added to the series as Dr. Nefarious had been used too much recently. The story for Vendra and Neftin looking for their family really resonated with Ratchet’s throughout the future story and was like a mirror of the lengths Ratchet could have gone to find his people. 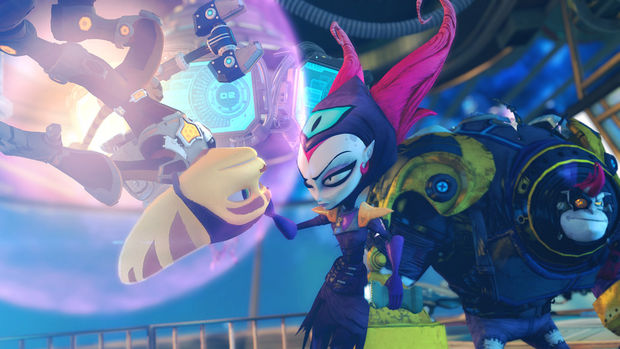 The series retains it’s 3rd person run and gun mechanics with platforming built in. This is where the series is at it’s core and found a great mix, so it’s not too much shooter or platformer. I really enjoyed traversing the worlds and finding the bolts and collectibles hidden throughout them.

As with most games R&C: ITN introduces many new weapons and a new game play mechanic. Some of the new weapons include the Vortex Cannon, which creates black holesÂ thatÂ suck up your enemies, The Winterizer, which will turn your enemies into snowmen, and the Nightmare Box which will create something that will scare your enemies. As with most R&C games you will find some of the weapons will be really useful, and some not as much but will have a strong novelty feeling making you want to use them. The more you use the weapons, the more experience you will receive in order to level up, making them stronger and adding new features. You can also use Raritarium that you collect throughout the game to give the weapons additional upgrades. 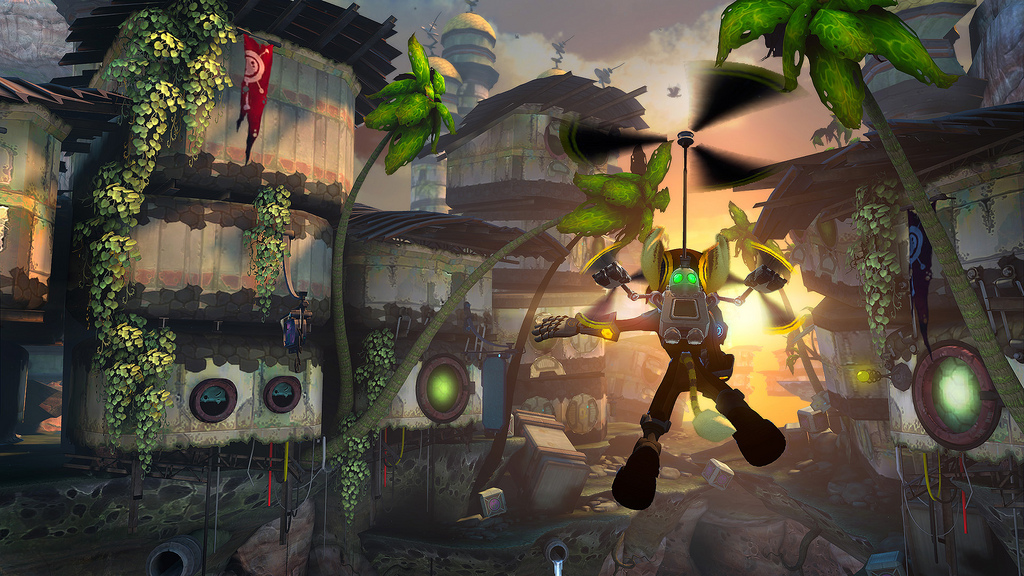 The game also introduces some new platforming methods such as a Jet pack which can be used to fly around the levels and a Grav Tether which you can set at some points and create a gravitational tube that will transport you across gaps that you could not cross normally. These are both welcome changes to the formula, and you also retain items like magnetic boots, hover boots, and the Swingshot from prior games.

Clank also has a new mode where he explores the Netherverses. It’s on a 2-D plan where you control the gravity with the right stick and need to navigate clank through the various traps and dangers. You will find a Nether which you then need use to guide him back to your starting point. These were definitely challenging, bringing new gameplay mechanics to the series.

The graphics look great, and each world has a distinct look and feel. It has a much darker feeling than prior games in the series, but that really does match the story well. The cut scenes and voice over work are amazing too. This has always been a major strength of the series, and I am glad to see that quality is still their strength. 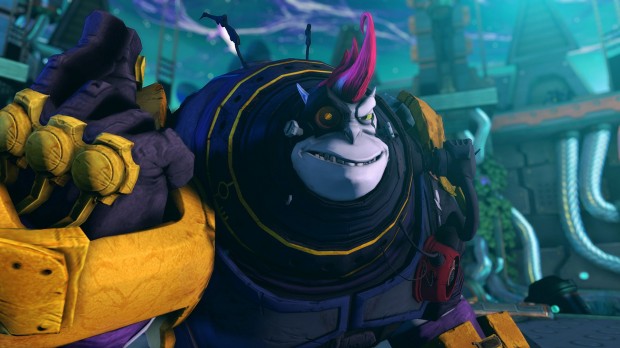 There are 5 worlds in the game which is shorter than most games. You will spend between 4-8 hours depending how many collectibles you are looking for, which makes me wish the game was longer, but it was also released as a $29.99 title, so I feel the value is there. If you’re looking for a little extra gameplay, a mobile game was released for Android and iPhones called Ratchet & Clank: Before the Nexus. It’s an on-rails endless runner, set as a prequel to this game, and the great part is that the raritarium earned there can transfer over to Into the Nexus, which can give you an edge during the game. The other thing to mention is that if you purchase Into the Nexus, you will get Quest for Booty for free.

This was a great way to end the series on the PS3. As a fan from all of the games since the PS2 era, I loved the story and how personal it felt for Ratchet. It also makes up for All 4 One and Full Frontal Assault, which while not horrible games did not have the same level of quality that the prior ones had. This is Insomiac’s love letter to fans of the series, thus giving this story a proper ending before moving on to the next console generation. I expect that with the Ratchet and Clank Movie in theaters 2015, it will not be long before we hear about their next adventures on PS4.

You can purchase Ratchet & Clank: Into the Nexus from the PSN

This review is based on a PS3 copy of Ratchet & Clank: Into the Nexus purchased by the reviewer.