Hope’s Peak Academy is home to Japan’s best and brightest high school studentsâ€”the beacons of hope for the future. But that hope suddenly dies when Makoto Naegi and his classmates find themselves imprisoned in the school, cut off from the outside world and subject to the whims of a strange, murderous little bear named Monokuma. He pits the students against each other, promising freedom to anyone who can murder a classmate and get away with it.

It’s up to you to find out who Monokuma really is, and why you’ve been taken from the world you once knew. But be careful what you wish forâ€”sometimes thereâ€™s nothing more deadly than the truth…

– Daily Life, Deadly Life: Trapped in a school-turned-prison, students are murdering each other one by one. Youâ€™ll have to investigate each incident, search for clues, and talk to your classmates to try and get to the bottom of each brutal case!
– Mock Trial: The nefarious Monokuma serves as judge, jury, and executioner as you engage in deadly wordplay, going back and forth with suspects, dissecting their statements and firing their words back at them to expose their lies!
– Popularity Contest: Sway classmates to your side in each investigation, squeezing information from them to figure out who did it. And when you do, turn up the heat in a variety of timing and reflex-based game systems to uncover the truth and save your skin!

Danganronpa was released a few years ago on the PSP (at the end of 2010 to be precise), and it stayed as a Japan only release for a long, long time. NIS America has stepped in to save the day by releasing the game in the US, but instead of bringing the PSP version, theyâ€™ve released the Vita port which features improved visuals and sound, extra content and optional touch controls. 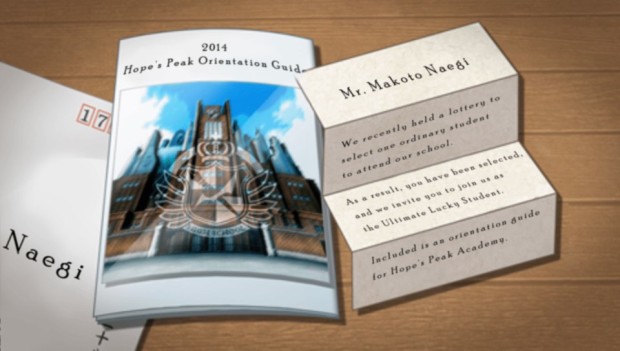 As has been said, Makoto Naegi is someone whom even average students would call â€œcrazy averageâ€ so it is very odd when heâ€™s invited to join the latest group of students who will enter Hopeâ€™s Peak Academy, and heâ€™s studying there as the â€œUltimate Lucky Studentâ€ because he was selected in a random drawing. 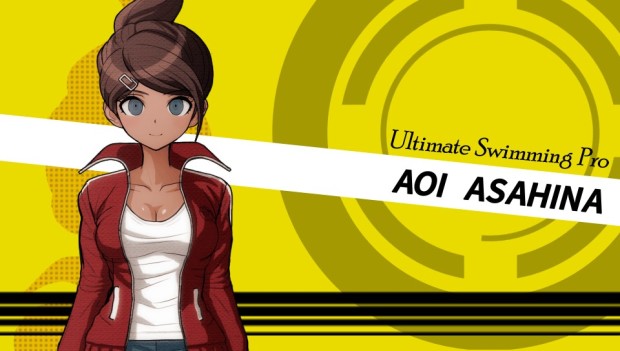 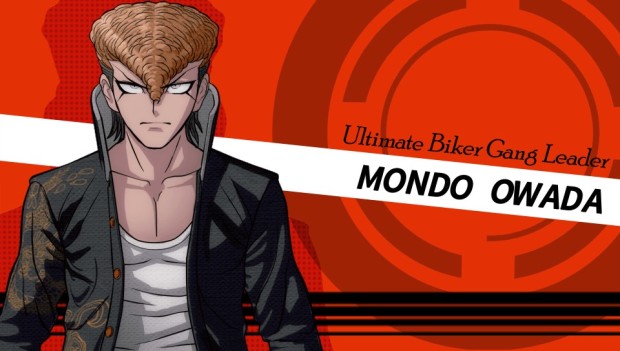 Things kick-off as soon as he enters the school since he is somehow drugged and rendered unconscious, only to awaken in one of the schoolâ€™s classrooms with no recollection of how he got there. He soon learns that something similar happened to all of the other students, and things take a turn for the worse a few minutes laterâ€¦

They receive a message from Monokuma, Hopeâ€™s Peak Academyâ€™s Headmaster, letting them know that from now on they will live at Hopeâ€™s Peak Academy for the rest of their lives until they graduate. This does not seem as such a bad thing at first until the Graduation requirement is revealed: in order to graduate, a person must literally get away with murder by killing someone else without being caught. This puts all students on edge, but they first decide to explore the school before deciding what should be done. 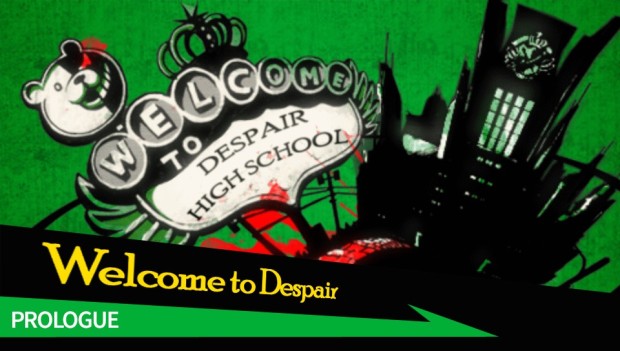 The game is separated into several game modes that each feature new gameplay mechanics. During the â€œnormalâ€ section of the game (if one can call being trapped forever inside of a school as normal), you can wander around the school, talk with other students, spend time with them or even give them a gift. Gifts can be obtained at the Schoolâ€™s store in exchange for coins that are found by exploring every interactive object in the school (as well as from trials, but weâ€™ll talk about trials later), and the more coins you spend on the machine, the better the gift youâ€™ll get. For every gift you get, the chance of getting a repeat goes up, but spending more coins will increase your odds of getting a new item instead of a duplicate. And if right now youâ€™re thinking â€œMmm, there probably is a trophy or more in there for creating strong bonds with other students by increasing your friendship levelâ€ then you are correct! Always have gifts on you before interacting with students during your â€œFree Timeâ€ to maximize the experience! 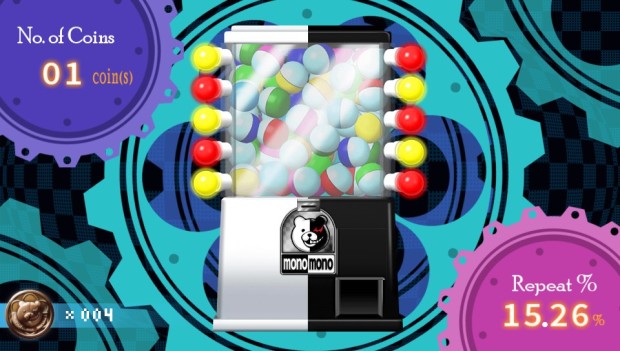 Speaking of talking and interacting, during conversations you can sometimes press the Triangle button to dig deeper at some points (you will know it since the dialog looks like the screen below), and this will unveil new information that will be very valuable to your experience, and it will also help you to continue with the story after learning these new tidbits. 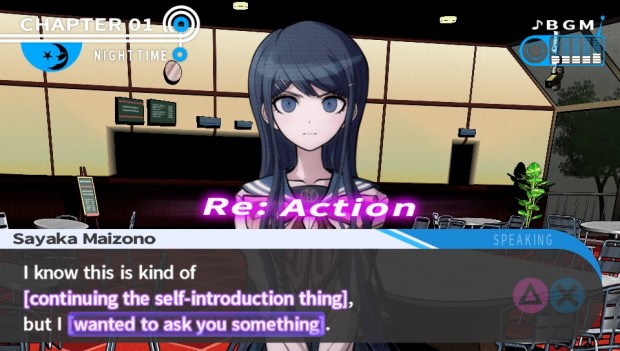 Everything is fine and dandyâ€¦ until someone is murdered! Everyone said they would work together, they said they would not do this, and then BAM! Someone ends up dead! This opens a new section of the game where you investigate to uncover hints and clues as to what has happened, and the more you know, the easier it will be to reveal the true killer. 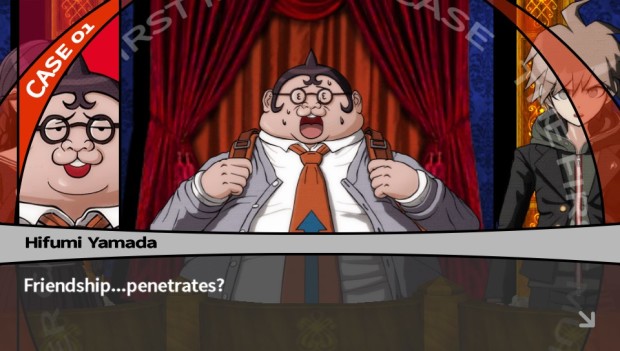 All of this is used in the trial, where every student will present their arguments and counterarguments. All of the evidence you found will play an important role during this part of the game since they will become â€œTruth Bulletsâ€ that can be used to shoot-down the lies presented by students. During this part of the game, you will also be able to activate some special skills that you might have unlocked during the normal part of the game, such as â€œConcentrationâ€ which slows time and lets you see new clues in what is being said (but be careful because using this will lock you out of a trophy!). 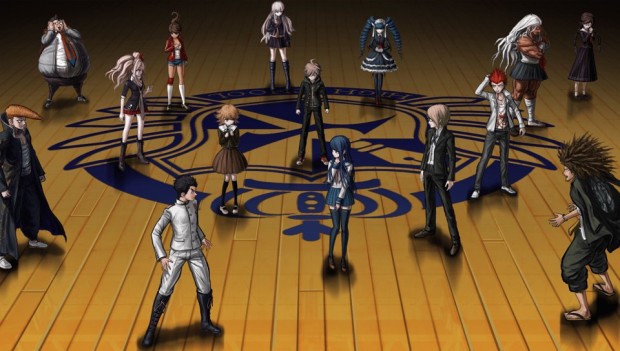 If you manage to uncover the killer, all students will be spared, and the guilty party will be punished by the Headmaster, suffering a gruesome death presented in a very detailed cut scene for all to enjoy. After this, it is rinse and repeat as the story progresses, and you get closer and closer to finding out who is behind all of this madness.

I canâ€™t reveal much more about the story without spoiling huge parts of the game, but rest assured that the story will keep you glued to your Vita until the end. 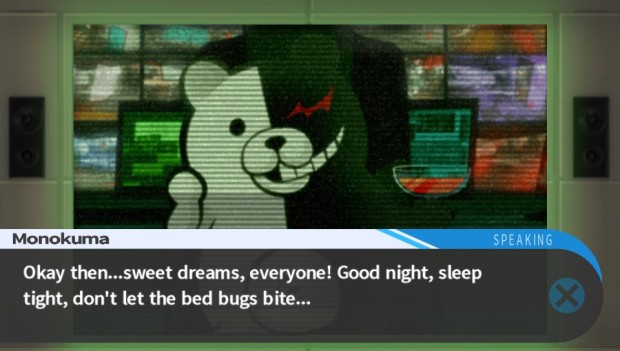 Danganronpa is a must-buy game for Visual Novel fans who want something new and interesting to keep them busy for several hours. It will probably take you 20-25 hours to get to the bottom of this, and it will be a great ride filled with hope, death and despair. The memorable cast of characters (you will hate some, you will love some, but you will remember all of them), the great writing and the exciting gameplay mechanics make this a great release that has to be played ASAP. I was very happy when NISA announced they would release the game here, and I hope it gets the sales it deserves so that we can get the sequel soon!

Memorable cast” cons=”Having to wait for the sequel” score=93]

This review is based on a copy of The Danganronpa: Trigger Happy Havoc provided by NIS America.

XBlaze Code: Embryo Will Be Released in the US 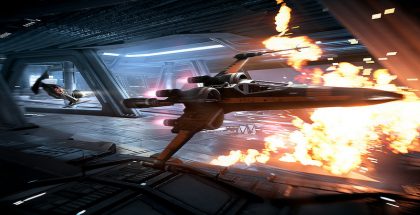