[PSN Review] The Wolf Among Us: Smoke and Mirrors

A beloved Fable is dead. An enraged Bigby is in mundy police custody. A body is found in the East River, and a serial killer is on the loose.

Return to the world of Fables (DC Comics/Vertigo) to hunt down the perpetrator through brute force and intimidation, or guile and detective work. The choices are yours will you unleash the beast within?

Live with the consequences of your decisions in a story that changes based on what you do and say in this continuing mature game series from Telltale Games.

OK, lets try and keep this spoiler free. In Smoke and Mirrors, Bigby finds out that the butler is the one who killed Dr. Pennybottom in the Library with the candlestick, thus bringing The Wolf Among Us to an early end… what? That’s not what happened? OK, let me check the game and get back to you.

Ah, right, right. After Sheriff Bigby Wolf (AKA The Big Bad Wolf) captures a suspect in Snow Whiteâ€™s murder case, it is time for Bigby to get some answersâ€¦ and fast. With a (fairytale) serial killer on the loose, time is ticking before someone else ends up dead and with no head. During the interrogation, Bigby can either play nice or get rough to make the suspect talk, but in the end things get even more complicated after an interesting twist. 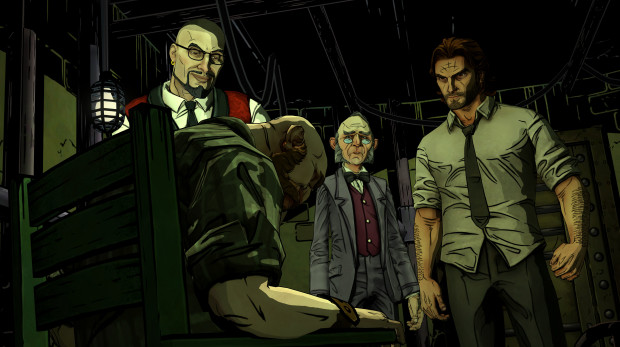 As Bigby starts to get closer and closer to finding new information on the person who is responsible for this heinous crime, he ends up following a trail to a seedy strip joint where things are not what they seem. As you can imagine, the dark story from The Wolf Among Us means that once you enter that strip joint, things can get a bit heavier than usual… if you know what I mean.

As was the case on Episode 1: Faith, playing nice and being the bad cop yield different results, and since itâ€™s a short episode you can always go back and do things differently to get new and extra scenes from your actions and choices. The great writing and voice acting make it even more appealing to go back for another round, thanks to Telltale Games having perfected this formula down to a T. 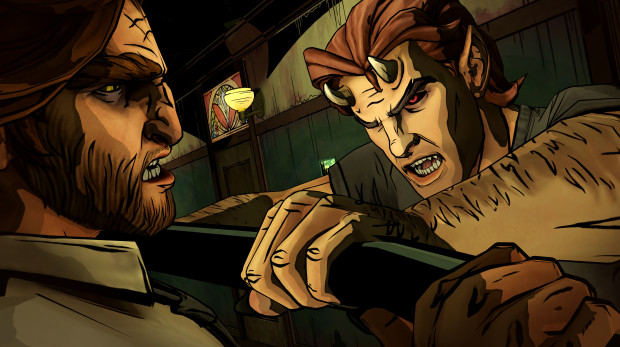 Smoke and Mirrors is a nice follow up to Faith, and it keeps us desperately waiting for Episode 3 in the series. The change of pace makes this a slower episode (and thus, a shorter episode), but the story development, plot twists and new elements added to the mix make this a winning combination. It’s a good thing we’re also getting Episode 2 of the second season of The Walking Dead in order to make the wait for the next episode of Wolf Among Us easier to swallow.

This review is based on a copy of Smoke and Mirrors provided by Telltale Games.