Lead your team to glory against the world’s finest football clubs! You will guide your favorite real-world football team in their quest to become Super League Champions.

Table Features:
– Officially licensed, custom designed table skins for some of the biggest real-world football clubs, including Arsenal F.C., Liverpool F.C., FC Barcelona, Real Madrid C.F., A.C. Milan, and A.S. Roma!
– Your favorite players represented on the table in 3D!
– Pick your club and start your journey to a Super League Championship
– Fill your Trophy Cabinet with awards and accolades
– Game progress carries from game to game, progressing through Super League play
– Great competition against other players in the Super League
– Purchasing this content entitles you to both the PS3â„¢ and PSÂ®Vita versions!

Zen Studios decided to bring us something different this time around with Super League Football by taking the essence of a great sport and making it playable over a pinball tableâ€¦ and it’s a very fun pinball experience!

This one is definitely not like all the other tables since it has two 45 “minute” halves, a half-time break where you can rack up mad score bumps and multipliers, a mini play-field for scoring goals, and more!

Scoring combos by shooting one lane after the other lets you be on the offensive, trying to find an opening to enter the mini play-field to kick the ball into the net, but being sloppy will have the opposite team take possession of the ball, and you must then shoot the flashing lanes to defend from their constant strikes. 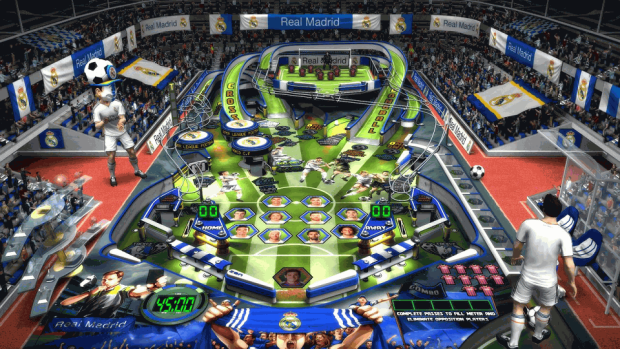 This table shares something with another option in the Zen Pinball 2 universe since it saves your progress as you go (like in Epic Quest) since youâ€™re actually playing a short season against all other officially licensed teams.

You see, once time runs out, you win or lose the match depending on the final score tally, which is why you canâ€™t just focus on how many points you can get on this table. There are also in-game trophies for doing extra stuff (scoring a goal with no defenders, scoring a golden goal, etc.), along with a pair of actual trophies to unlock, as all Zen pinball 2 tables do. 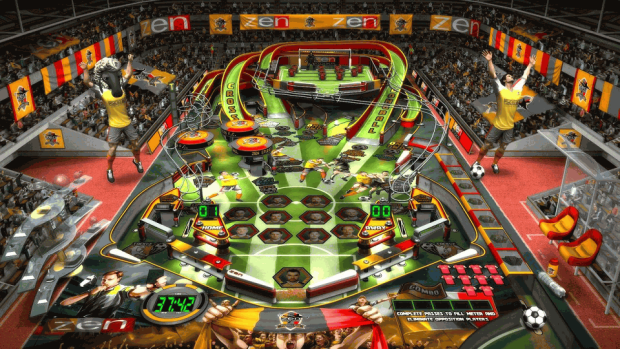 There are 8 teams available, and you can purchase any of them at $2.99 to unlock the table itselft. They act as table skins (same game overall, but you can play as Arsenal, Barcelona, Liverpool or whichever team youâ€™ve purchased), and each team features the actual players on the table’s center, and when a goal is scored or a defender makes a great play, their dot-matrix portrait is shown.

In the Super League Football DLC of Zen Pinball 2, the board plays out like a soccer (European football) match. At the beginning of the â€œmatchâ€, the timer on the bottom segment of the table starts a countdown which displays 45 minutes, but lasts for abut 5 minutes of real time. While the time runs away, hitting specific spots on the table will lower the opponentâ€™s defensive force which will prove useful a little later when you try to score an actual goal in the upper portion of the table. Of course, the least members available on the opposing team, the better your chances to score! And when a goal is made for your team, a lot of bonus points are awarded (and you might even unlock the multiball mode in which the pinball table goes crazy!). 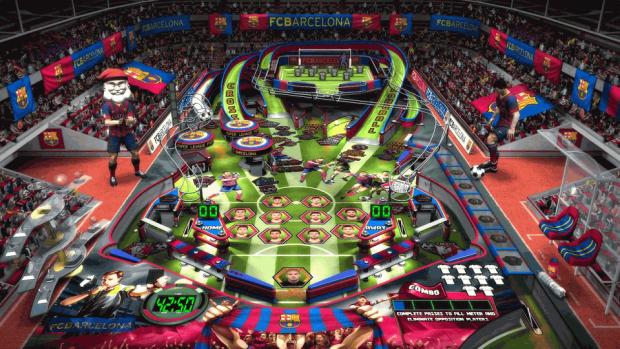 I really liked playing this table with the different teams that can be selected (and bought separately). My favorite team was Juventus (pictured below), for the board color palette (and maybe because I got lucky enough to rack a good score more than once while I was playing with that team!). While playing, a commentator talks about your performance on the table, and comments on how you are faring in this match! 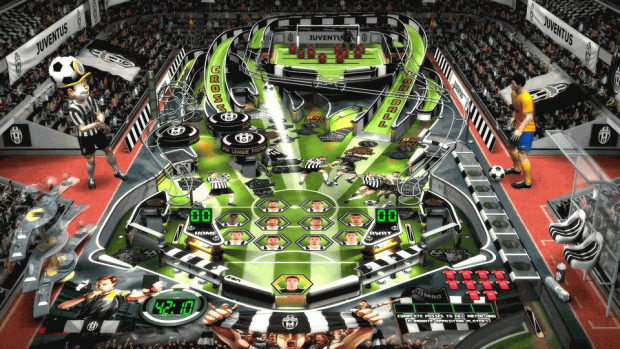 Oh, and did I mention that a LOT of points are awarded for â€œwinningâ€ the football game ? As in, surviving for the entire countdown without losing all of the pinballs AND scoring more goals than the opposing team in the mini-game?

Super League Football is a fresh pinball experience that is a must-buy for all pinball and football fans alike. The inclusion of officially licensed teams means there is definitely something in here for everyone, and Zen Studios has already confirmed that there might be more teams included soon to keep this going.

PSN Game size: Around 40MB for each table

You can purchase Zen Pinball 2 DLC from the PSN.

This review is based on retail copies provided by Zen Studios.