Since the creation of the world, and of mankind, obeisance to the gods and their whims was the focal point of the lives of all who inhabit the lands created by the divine. However, as the gods disappeared from people’s daily lives, their power and influence began to wane, and cynicism and secularism replaced piety and belief. Amidst the world’s slow abandonment of the gods, a profoundly devotee and servant of the gods named Kinna infiltrated one the many prisons of the Waterfall Realm in hopes of finding one who would become a god. Encountering Magus, a prisoner who has spent his entire life incarcerated, she believes that she has found who she was sent to look for. After claiming the powers that were his birthright and learning his true identity, Magus, with Kinna by his side, takes his first steps towards an unknown future.

Magus is an Action-RPG developed by Black Tower and Aksys Games. In this game, you will be following Magus (a god), and Kinna (his servant), in a quest for revenge on those who imprisoned him for thirty years… a quest to eventually rule over the world.

Magus starts when the main character is trying to get out of the jail he has been in for far too long. He then learns that he can shoot magic from his hand (by pressing either R1 for a continuous auto-firing magic stream or L1 for a long but more powerful strike). The gameplay is very easy to get the hang of, and you will be comfortable with the controls very quickly.

Once he gets out of jail, he and Kinna soon discover a tower that will become their center of operations. At this point, you can select one of the four zones that are available in the order you want (the enemy strengthen at the same pace as you do, so you never get either too strong or too weak for a zone). The zones are an island alcove, a desert, a mine, and a very linear snow field. Once all those zones are conquered, a fifth zone opens for the final showdown. 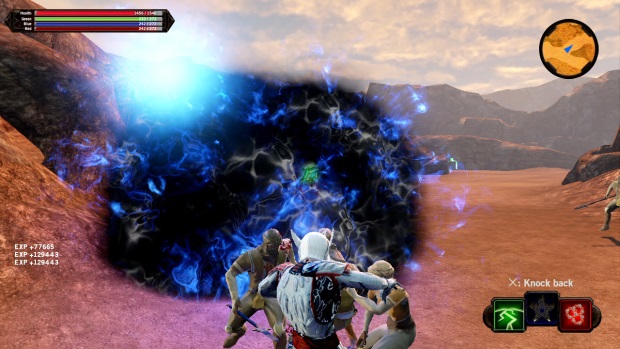 While fighting enemies, Magus gains experience which goes toward leveling up, and each new level gives you bunch of skill points tat can be spent on special skills (pictured below). I found the normal setting to be strangely balanced because the enemies werenâ€™t really strong per-se, but they did take a LOT of hits to die, as in, I kept the auto-fire button pressed until the wave of enemies were down. You can change the difficulty as you please because there are no difficulty related trophies, which is a nice change of pace from other games. 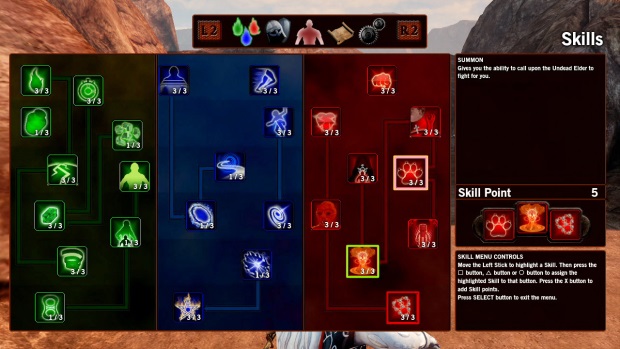 The story in this game is a bit sparse since you follow the main character and his servant through the different zones, and once in a while there are some cutscenes using the game engine, but even when you have many choices to answer, they almost always lead to the same result. The enemy AI is also weird since sometimes I was able to hit a bunch of enemies from afar (since I wasnâ€™t in their â€œline of sightâ€). Finally, there are only 8 different enemy types that are fought over and over again while going through the 3-4 hour campaign. 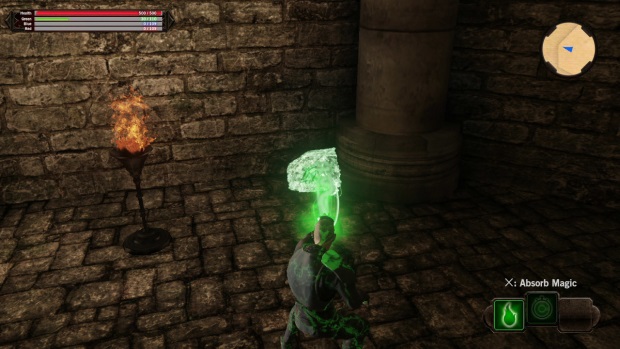 With that out of the way, I did want to mention that Magus has a full trophy list, and It took me around 6 hours or so to secure a PLATINUM after grinding some of the final trophies. If you’re doing a Platinum run, do remember to conserve your skill points until later in the game because you might miss three trophies if you spend them all too early! 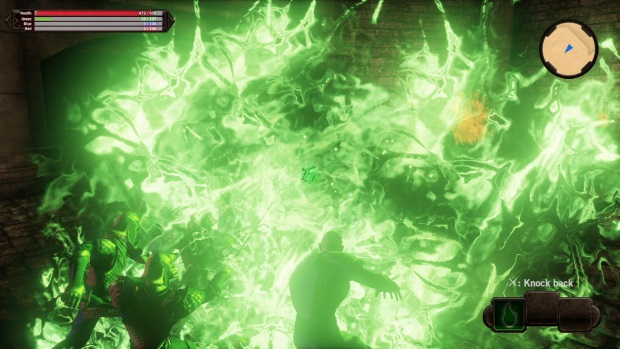 After completing Magus, Iâ€™m left with mixed feelings. The story wasn’t that great and there isn’t much variety in the enemies you’ll face, but the gameplay was easy to get the hang of, the RPG elements were very cool, and having a full trophy list (including a Platinum trophy!) is a definitive plus that gives more value to this game.

You can purchase Magus from Amazon.com here or on the PSN.

Game was completed, and Platinum trophy has been achieved before writing this review.

This review is based on a retail copy provided by Aksys Games.