Under the Twilight skies, the dreams of 2 alchemists cross. This latest in the Atelier series is now available at retail or for download from the PlayStationÂ®Store. This 2nd release in the Dusk Series offers 2 main characters, an evolved alchemy system, and battles with up to 6 characters for a new Atelier experience.

This world has gone through many Dusks, and is slowly nearing its end. Within this world, in the western reaches of the “Land of Dusk,” there was a nation that prospered thanks to its use of alchemy. There, in order to survive the eventual arrival of the “Dusk End,” the people devoted their efforts to rediscover and recreate lost alchemic technologies. Rediscovered technology from the past era was gathered in the alchemy research city known as “Central,” where research was conducted on how to halt the advance of the twilight. One of the heroes is a young man who researched alchemy in Central, the other a girl living in a small town on the frontier. This girl’s name is Escha. In the process of using her knowledge of ancient alchemy to help others, she was assigned to the Development Department. The young man’s name is Logy. Having learned the newest alchemic techniques in Central, he requested a transfer to this understaffed town to make use of his abilities, and meets Escha when he is assigned to the Development Department as well. The two make a promise to use their alchemy together, and bring success to the Development Department.

The Atelier series is back, and this time around GUST is continuing with the Dusk storyline that started with Atelier Ayesha. It presents a familiar yet different story as its backdrop, and it introduces an interesting new element by having two protagonists in the game (Escha and Logy as stated in the name of this game), marking the first time that the Atelier series on PS3 (and Vita) has presented a male lead protagonist for what has been a female-only series for so long.

Fans of the series will realize early on that this game is more streamlined than previous releases, which speeds up how fast you progress through the game (once you’re past the first couple of hours, which end up being a long tutorial/story presentation). This does not mean that Atelier Escha & Logy is a short game since you’ll still end up spending 40+ hours to finish the game for the first time, and as soon as you’re done you can take on another run by selecting the other main character to change things around here and there since plot twists and situations are now presented to us from another perspective. 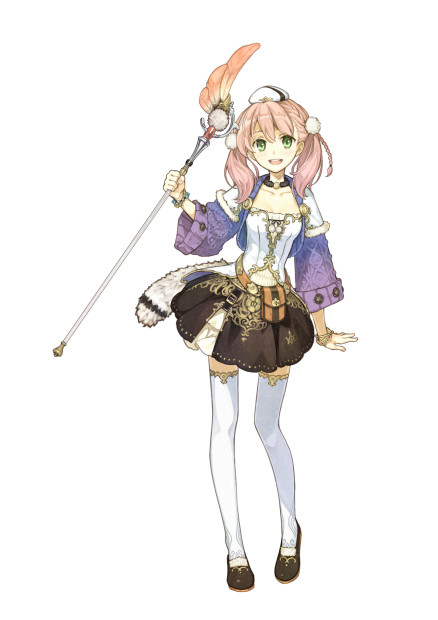 The narrative is different as it focuses on a main protagonist and on the “co-protagonist” – always by your side, ready to help or chat. It’s an interesting change, and something that I’ll like to see again in the next Atelier game. It feels like it is here to stay as it works so well.

Something that newcomers need to know is that every major action in the game (be it alchemy, salvaging ingredients, traveling to locations, etc.) take time, and you’re always on a deadline to complete the main assignment for the period before time runs out. This requires you to manage your time while working towards one goal, something that proves to be more difficult later in the game. Why is that, you say? Because your report card also has several extra goals that need to be taken care of to unlock more ingredients, more money, more weapons… more of everything the game has to offer.

As for the game itself, Escha is the main alchemist while Logy is a different kind of alchemist – used to how things are done “in the city.” He’s actually perplexed about how things work in Colseit, such as doing alchemy with a cauldron. Therefore, Escha focuses on the traditional alchemy we love from the series, and Logy uses a new system called “Imbue” with which he can add attributes and effects from items into weapons and armor. The more alchemy you perform, the more experience points you will gain, and a higher level opens up new recipes and skills to improve the process . 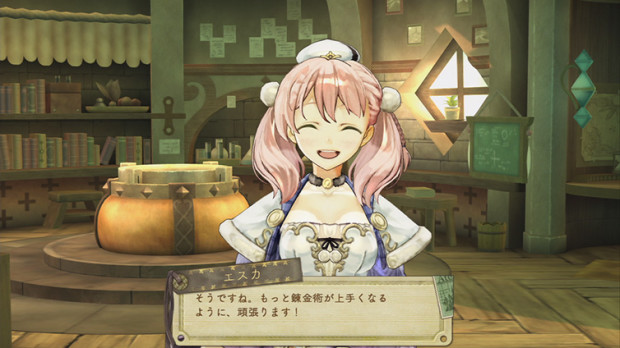 The battle system has also been revamped and can now include up to 6 characters at the same time, with 3 of them taking on an active role while the other 3 act as the “support squad” while, at the same time, being ready to enter the fight if a member of the main group ends up going down for the count. Once you have a full party under your control, the extra actions that can be taken during each fight will play an important role since you can use the stored energy to defend a teammate or to add an extra attack to the offensive onslaught on your enemies.

GUST knows how to make sure that an Atelier game looks great, and Alchemist of the Dusk Sky is not the exception. The models and textures really help to sell the setting itself, and what a colorful setting it is. Crisp details and colors, along with great animations for all of the characters. 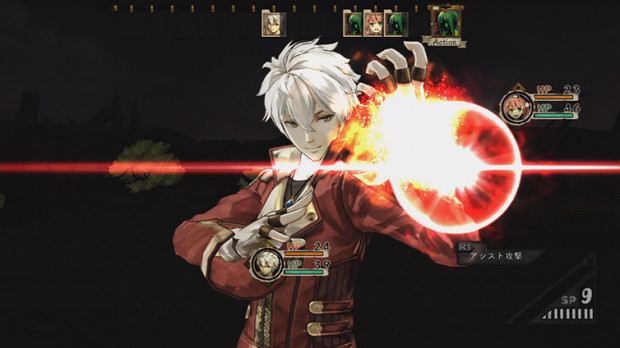 Atelier Escha & Logy ~Alchemists of the Dusk Sky~ is a great follow-up to Atelier Ayesha, and it brings some great changes to the series that make it more accessible for those new to the series while, at the same time, expanding on what fans love about the Atelier games. You’re looking at 80+ hours worth of content between both stories, and a very rewarding Platinum trophy once it’s all over.