Awoken after centuries of slumber, weakened and yearning for release from his immortal bonds, Dracula must reclaim his powers and make a pact with Death, to defeat Satan and gain eternal rest. Blood is everything as Dracula faces both his nemesis and his descendantâ€™s unyielding quest for revenge, in this final, dramatic battle between good & evil. An epic fantasy adventure set in an expansive, modern-day world. Play as Dracula and discover the ultimate fate behind the â€˜Lord of Shadowâ€™ himself!

After the events from Castlevania: Lords of Shadow (and of what happened during Castlevania: Lords of Shadow – Mirror of Fate), Gabriel Belmont, now known as Dracula, once again walks in the world of men, but finds himself in a weak and frail state, and many centuries have passed, bringing the series to the present time. Satan’s worshipers are ready to bring their mighty lord to conquer the world, and only Dracula can stop him before it’s too late. In order for Dracula to be strong enough to banish this evil force, he must recover his strength and skills while slowly unraveling the events that transpired during the last handful of centuries.

This time around, combat is more varied and focuses on three different main weapons that will only grow stronger as you recover more of your strength. The main weapon is similar to Gabriel’s whip from the first game, and it features most of his old tricks along with a couple of new attacks to keep you busy. The second weapon is a sword that can steal hit points from your enemies with each attack, and which can also be used to freeze them in place, ready to be vanquished. The final weapon is a set of fiery gloves that can break through even the toughest shields and armor, along with being able to launch powerful fire projectiles that can be used to attack your enemies or to open up new paths by destroying obstacles that stand in your way. 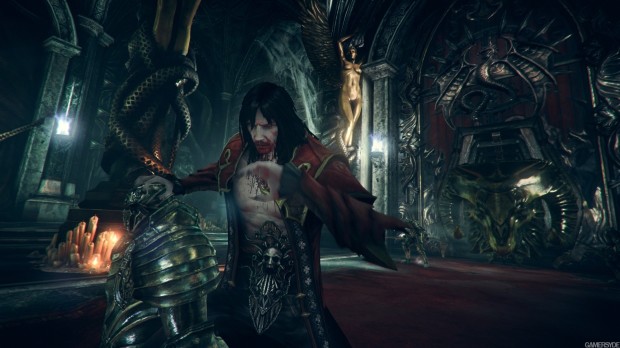 The big change for the series is going from a linear presentation and story to presenting an open-world setting (as has been the case for many recent releases) to mix things up a bit. This means you’ll be allowed to explore each area between completing the main objective, thus having a chance to search for upgrades and relics as you collect thousands of experience points which are used both to purchase new attacks or to upgrade them, as well as to make purchases at the Chupacabras store where you’ll be able to refill your items, purchase gems that will help you get closer to increasing your hit points or your magic skills, or to secure one of the many artwork packs available.

Speaking of that, you will also find artwork packs (shown as a spinning scroll icon) from breaking objects, and each icon equals 7 pieces of artwork for you to enjoy. As was to be expected, there is a trophy tied to this, but I didn’t need to farm it at any point during my run since I was breaking everything anyway to get extra experience points (50 points per pick-up), and after completing the game I bought the remaining artwork from the Chupacabras store without a problem. 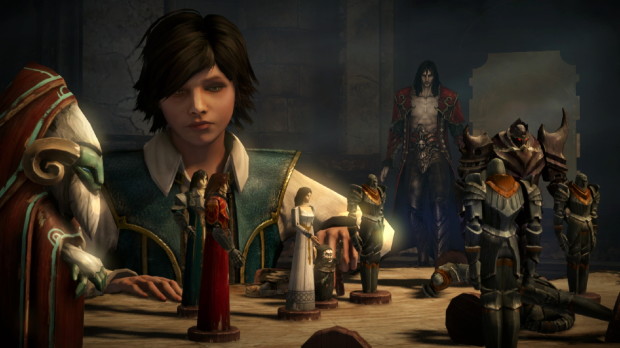 The relics I mentioned before are a huge help during your run for the platinum trophy since you’ll need to finish the game a second time in the highest difficulty setting that is unlocked after finishing it once. Luckily, your experience points carry over and you’ll be refunded all points spent on skills and upgrades so that you can get back to your end-game setup in no time. One of the relics recovers your hit points and even adds some extra on top so that you can have some breathing room in the heat of battle. Another relic is the trusty sand clock that this time around only slows down enemies, BUT it also rewards you with extra experience points for every hit you land on your enemies. A relic that will be useful for all trophy hunters is the dodo egg which when cracked sends a bird somewhere close to your current location, signaling where a collectible is hidden, and it only triggers those you can access with your current abilities, thus maximizing your efforts.

The game jumps between Dracula’s Castle and the new Castlevania City which was built on top of the remains of the ancient and iconic castle. This is the main hook for the game, and while, as a premise, it showed some potential, the execution is flawed. Luckily, your time in Dracula’s Castle will be longer than what you’ll spend in Castlevania City (except when searching for collectibles for some of the trophies in the free-roam mode after defeating Satan). 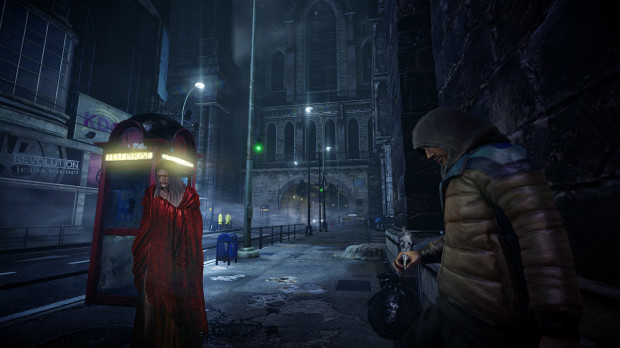 Why is the Castlevania City portion of the game flawed? Because we’re playing as Dracula and they expect us to believe that Gabriel Belmont is so weak from being inactive for centuries that the brutes guarding the building of the “Evil Corporation out to resurrect Satan” can kill him in 1-3 hits, when Dracula is supposed to be strong enough to kill Satan. Sure, Gabriel Belmont is slowly recovering his skills and strength as you progress in the game, but VERY LATE in the game you’re STILL required to endure a tedious stealth section like all the others in the game (hiding from the brutes by moving outside of their line of sight, or by hiding in the shadows and possessing a rat) even though you have a medallion that can turn you into a DRAGON, completely destroying all regular enemies or seriously damaging the powerful bosses in the game that are 5-20 times your size. Apparently Dracula can destroy Medusa with ease, but defeating a hunk of meat with a machine gun proves to be a problem.

I only ran into two minor bugs while playing Castlevania: Lords of Shadow 2 for over 15 hours. The first one was with the relics selection menu which would NOT allow me to select anything other than the Tears of a Saint until I moved to another part of Dracula’s Castle, and the other one was for an enemy that was stuck in place after I defeated it, which did not keep me from moving on to the next area. 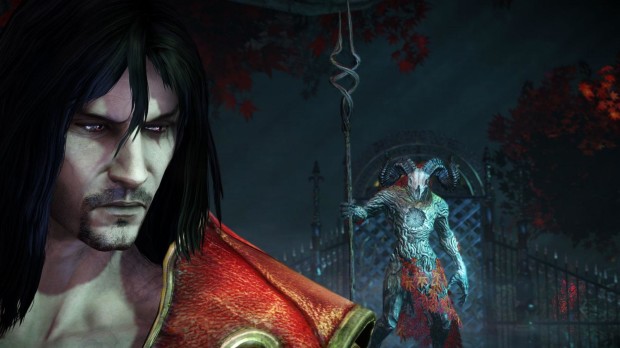 If you can ignore the Castlevania City stealth sections and focus on the action and exploring, you’ll be left with a solid game that feels like a mix between God of War, Darksiders, and the Batman Arkham games, cherry-picking some things from column A, some elements from column B, and another handful of ideas from column C. In the end, this provides us with a game that is still fun when you add everything into the blender, bringing an end to the Lords of Shadow series.

This review is based on a copy of Castlevania: Lords of Shadow 2 provided by Konami