Kingdom Hearts: Final Mix HD
This game is the main selling point of the collection: this is the original Kingdom Hearts, now available for the PS3! The first thing that stung me is how much harder the Final Mix version of KH is compared to the version we were used to. I have to admit that I got stuck at one of the first boss, and reverted the difficulty to â€œEasyâ€ to make sure that I would be able to complete the game.

Apart from that, KH Final Mix is pretty much the same game that we got in 2002, because most of the added content is end-game material. The camera has been upgraded, but it’s still very awkward at moments. The main characters models have been redone (mainly Sora, Donald and Goofy) and the graphics are usually nicer, but the worlds themselves are all composed of very small rooms which clashes with the more recent open-world trend for the series. Also, even though the main models have been redone, some of the cut-scenes use the â€œoldâ€ models in which the entire face was only a texture, and some of the cut-scenes even alternate between the a full face and a textured smile.

Finally, the game itself was good, but the story only becomes interesting towards the end, when the worlds have all been conquered. Replaying this game felt like the first half of the game was only there for the sake of having content, and is ultimately not relevant to the game story as a whole. 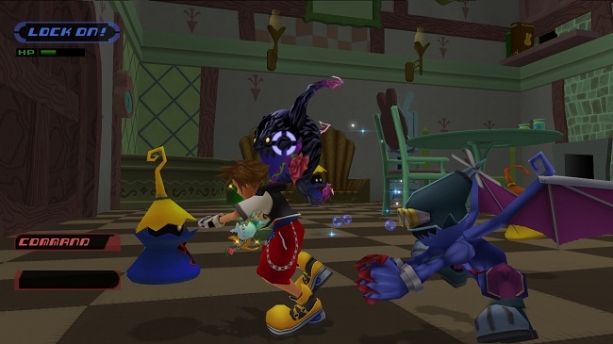 I will be honest right-away: I played Chains of Memories last year on my PS2, just before the HD Remaster was announced, so I didnâ€™t dive very deep into that one. If you played the PS2 version, then rest assured, this is the exact same game.

For newcomers, Chains of Memories is an intermediate story between Kingdom Hearts and Kingdom Hearts II, and was originally a GameBoy release which was remade a few years ago for the PS2. This a card-based RPG in which you must reach the 13th floor of Castle Oblivion. The difficulty of Chains of Memories takes a huge jump when you reach the 10th floor, and for this reason I would recommend everyone to just play this game on the Easy setting, regardless of the trophies that can be earned.

This game is a good spin-off, but its battle system and slow story might keep away some gamers from trying it. 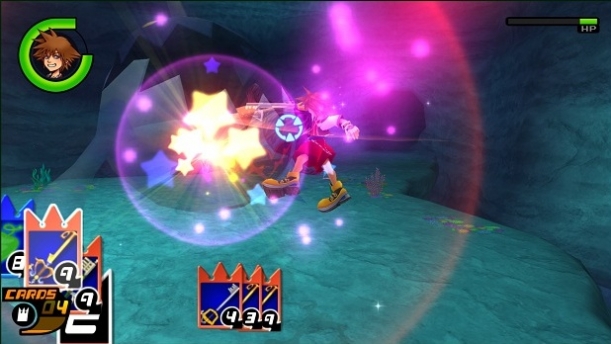 The last element in the Kingdom Hearts 1.5 HD collection is 358/2 days. Originally a Nintendo DS game, 358/2 days presents the story of three nobodies named Roxas, Axel and Xion, who are all members of â€œOrganization 13th” which aims to steal hearts.

Contrary to the two other games, 358/2 days features only the cut-scenes of the game, and they can be watched in a single sitting (a little less than 3 hours). Six trophies are awarded for watching everything, and the cut-scenes can even be skipped. One of my friends even managed to get all the 358/2 days trophies in 12 minutes by skipping everything! Even though the gameplay is not included, itâ€™s still a nice addition to the package. 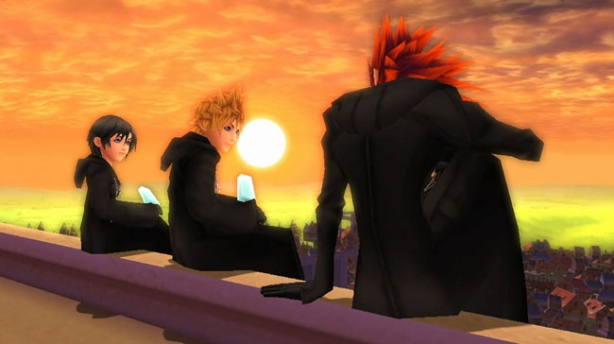 Iâ€™m glad I got to play Kingdom Hearts on my Playstation 3, but the collection itself left me with mixed feelings. My memories of this game were that it was one of the best games in the PS2 library, but now I think that that game aged quicker than it should have. Even on the PS3, you will never forget that you are playing a 10-year old game.

Chains of Memories and 358/2 days are two great additions to the collection and show that Square-Enix put some effort into this package. They are not system-sellers, but they are great for catching up on the complex story elements of the Kingdom Hearts universe.

[review pros=”Excellent catch-up collection for newcomers of the series
Two games and three Trophy Sets for the cost of one” cons=”Camera often gets stuck
Even in HD, graphics seem aged” score=78]

You can purchase Kingdom Hearts 1.5 HD ReMIX from Amazon.com here.

KH: Final Mix and KH: 358/2 days were completed before writing this review.