The Swamp Witch Metallia summons you, the Hundred Knight, to do her bidding in this dark fantasy action RPG. Travel around the world and visit lush, gorgeous lands as you fight anything in your way, be they innocent or wicked. Learn the secrets of the witches and help to make your master the undisputed leader of the world by spreading her vile swamp far and wide!

Before you can dive into the game’s story, The Witch and The Hundred Knight makes you go through a short tutorial level so that you can learn the controls and some of the basic game mechanics that will allow you to follow the story of Metallia, a lonely witch that only wants to expand the influence of her swamp so that she can use that power to visit the rest of the world… or conquer or, whichever comes first. 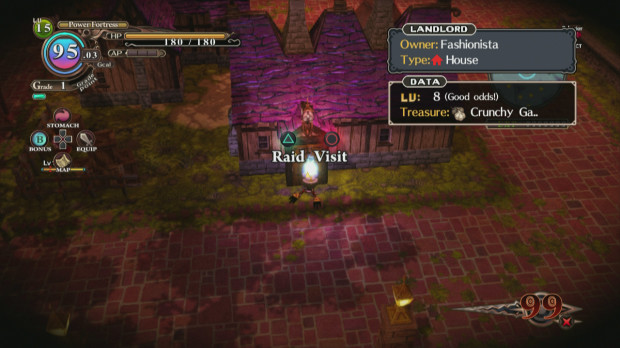 An interesting element is introduced early in the game when you visit a village during the tutorial segment. You see, as long as you’re strong enough (that is, as long as your level is hight enough) you can enter each of the houses in the village to secure extra items and bonuses, thanks to your mad raiding skills. You do have to be careful because every time you raid a house the villagers will hate you more and more, and you’ll start to feel the burn when you dare to purchase something from their stores. 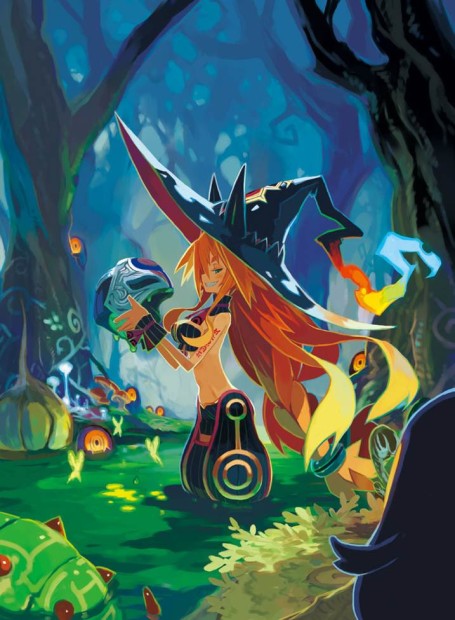 Unlike other NIS America releases like Disgaea where you play as a likable villain that is, well, LIKABLE, in The Witch and the Hundred Knight you play as the titular knight under the command of a very cruel and truly evil villain that is bitter at the world itself. She hates sunlight, trees, honey and bees. She dislikes other witches and every being in her path, and she lets you know about it every step of the way.

Something else that makes this different is how The Hundred Knight spends energy for all actions, from moving to attacking and everything in-between. This means you must be careful during your adventure because if you run out of energy you’ll start to lose your hit points, and FAST. Luckily, you can use the smaller pillars in each level to secure some extra energy… or to improve some of your stats thanks to how much you’ve done (and how well you’ve done) for said level. Will you bump up your attack stat, hoping that it is enough to destroy the level’s boss in time, or will you skip an update to get more energy in order to play it safe? 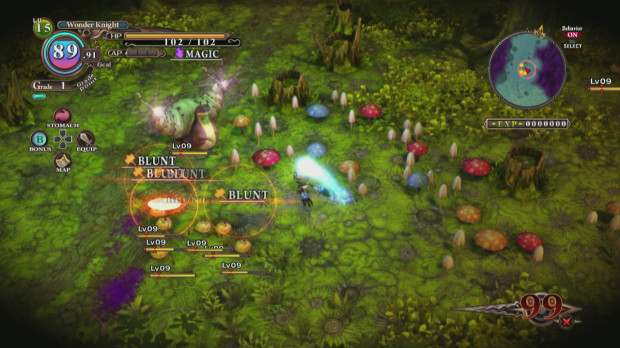 Speaking of the combat system, you can equip several weapons at once to link a nice combo attack if you plan things properly since swinging a sword takes less time than hitting a monster with a hammer or a spear, and, therefore, you must equip your weapons in the order in which they will maximize your damage total so that enemies don’t get a chance to counter-attack. But attacking isn’t the only thing available to the Hundred Knight since it can also quickly dodge enemy attacks, and doing so just before an attack is about to hit you will trigger a slow-down effect similar to what is seen over a Bayonetta, allowing you to crush your opponents before they even know what hit them.

On top of all this, you can change between different “facets” for the Hundred Knight, and each one has its own level, experience points, feel and even an extra set of skills here and there, which allows you to tailor your journey between how you like to play and what is specifically required during a particular situation. 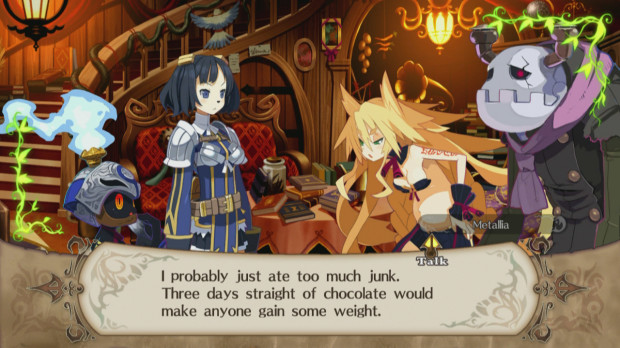 Like a fine wine, The Witch and The Hundred Knight keeps getting better and better the more you play it. Sure, it’s far from perfect, but it’s the type of quirky, weird and difficult game I want to see NIS America bring over here. You’ll spend dozens of hours before you reach the end of the game, and you’ll still have a lot of content to complete if you want to ever get that Platinum trophy that mocks you.

Treasures of Montezuma: Arena is coming on Playstation Vita