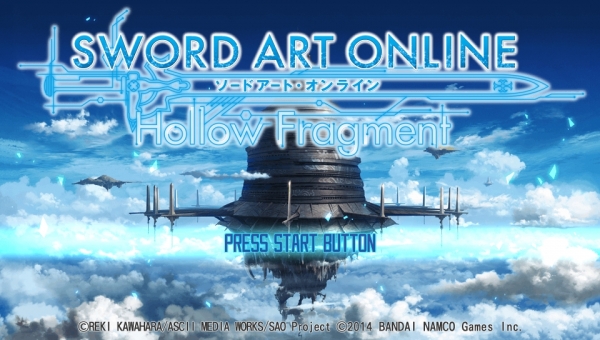 Sword Art Online (SAO) is a Japanese anime that aired in Japan between July and December 2012. The story follows Kirito, a gamer who gets stuck along with 10.000 players in a Virtual Reality Massively Multiplayer Online Role-Playing Game (VRMMORPG). If you are into Japanese anime and havenâ€™t watched SAO yet, you’re really missing out! An English-language version aired on Toonami during last July, and that is a great option for anime fans.

EDIT 2014-04-25: This information has finally been officially confirmed!

Remember back at the beginning of January when I wrote about the Japanese only PS Vita game Sword Art Online: Hollow Fragment ?

Well, apparently, after Tales of Hearts R announcement, Namco Bandai Games also revealed that this game would reach our North American Vitas (as a digital download)!

I’m saying apparently, because even if I saw a ton of websites and tweets relaying this information today, I didn’t find a official Press Release when searching through Namco Bandai’s website. I’m pretty sure this announcement is legit though.

Like I said in my previous post, I’m REALLY hyped for Hollow Fragment because it looks just like the anime. This game uses the original voice actors, and looks awesome!

If Sword Art Online: Hollow Fragment releases this summer, expect a review from me!

The second season of the Sword Art Online anime has been announced earlier this year, and is set to air this year.