Overrun and OverKill enemies with the Legendary Roar of Thunder!

The series that changed the history of arcade shootâ€™em ups is back with the crazed action of Overkill mode! OverKill Mode â€“ a brand-new mode with new mission stages and a revamped scoring system! Master a variety of new weapons as swarms of enemy fighters try and put you down. Everything from fan favorites, such as the Spread Shot and Vulcan Laser, will be available, as well as new weapons and items! Instill fear in your enemies with devastating attacks and earn the acclaimed title of Master Ace!

I’ve always been a fan of Shmups (Shoot’em up), which is probably why enjoyed the Dreamcast so much, and I was thrilled to learn that Raiden IV would be released on PS3 as an updated version called Overkill with a new mode and extra content.

What exactly is new in Overkill mode? As the name implies, you can continue to shoot at some of the larger in the game in order to increase the overkill level, and the more damage you do in a short period of time, the bigger the points bonus that said enemy will release. You still have to grab said bonus to add it to your score, so take your time unless you want to die carelessly in the process. Another extra in Overkill mode is a pair of extra levels not present in the original release, something that those who’ve played Raiden IV to death will greatly appreciate.

You will be able to select between 3 ships for taking on the enemy, and while the first two don’t have many differences between them, the third one completely changes the way you play because her weapons and smart bomb are unique to her, and in fact, she’s the best choice for novices since her smart bomb does less damage BUT fills the whole screen, getting rid of all bullets and of most of the minor enemies. Why do I keep saying “her”? Because the third ship option is a fairy. 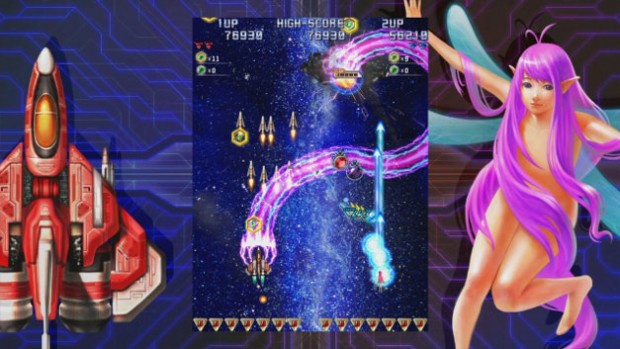 The power-ups for Raiden IV: Overkill are of the “wait for a bit and the weapon power-up will change colors and you can get a new weapon that way” variety and this adds an extra element of tension and stress on top of all the fast-paced action on screen… and I love it! Having to dodge enemy fire, the enemies themselves AND worry about which power-up you should grab in the middle of it all is a huge rush, and something that fans of the genre love to experience.

When we consider that this release also has a boss rush mode, score attack mode, leaderboards to post your best scores, two player mode, and even the possibility of playing in Dual mode where a single player can control two ships with a single Dualshock 3 controller, you’ll be playing the game for a long time, even if a single run for all levels will probably take you an hour.

The trophy list for Raiden IV: Overkill is just what you’d expect from such a game. You have the usual “complete Level X-X” along with some trophies which are specificÂ to a level, and there are also several for finishing the game… and then you find the insane trophies to complete the whole game with a single credit on each of the difficulty settings. So, yeah…. good luck with those! 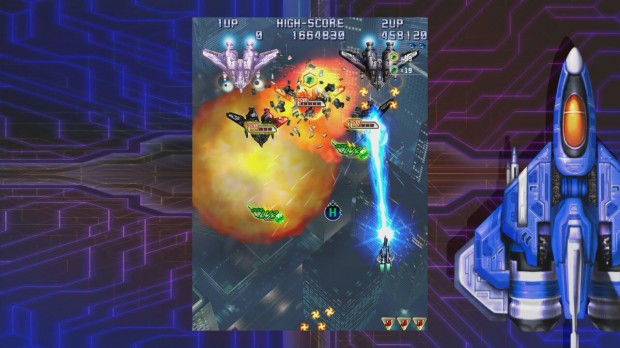 Raiden IV: Overkill is a must for fans of Shmups. We’re getting the best version of the game, and being able to set the difficulty just right means that newcomers and experts can quickly find a setting that feels right for their skill level. The fact that it’s only $19.99 will make it even easier for you to decide to purchase the game, especially since it features a full trophy list… with a Platinum!

This review is based on a copy of Raiden IV: Overkill provided by UFO Interactive.