BlazBlue: Chrono Phantasma is the newest title in the BlazBlue series, which includes new battle mechanics, a brand new story mode that continues from BlazBlue: Continuum Shift, and adds five new playable characters to the original cast, as well as two downloadable characters, the scientist Kokonoe and the villainous Terumi and the unlockable character Kagura Mutsuki.

Blazblue: Chrono Phantasma is the latest entry in the 2-D fighting series on PS3 (the series has had two previous titles that are well liked by fighting game fans). The game has two modes that players can fight in. The stylish mode, which is for people new to fighting games, and the regular mode which is for fighting game vets. Stylish mode makes performing moves and combo’s easier for the user, which leads to great results for the uninitiated. On the other hand, normal mode is very detailed and more skill based. Both modes are available to learn in the robust tutorial mode so that you can see which one you prefer. 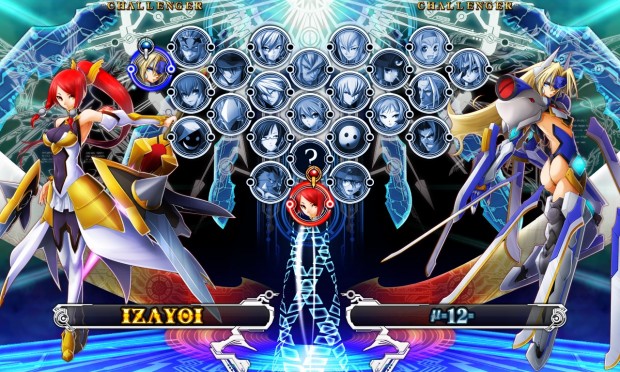 The game has a great fighting system that is difficult to master, but very powerful. It has all of the basic mechanics of a great fighter and plays very smoothly and fast. You will find the usual elements such as health bars, timers, and Super meters (Called Astral Heat in this game), but this game is different since it includes a more powerful block called barrier guard, Crush Triggers which will shut down an opponent’s block, and Overdrive which will temporarily enhance each character’s unique ability. There is a lot of skill to the game and it can take you a considerable amount of time to get the systems down… but you will be greatly rewarded once you do.

There is an abundance of unique characters for you to choose from, and each one has a unique fighting style, look and design. This is a huge plus for the game as most fighting games seem to put some clones of the same characters in games, or color-swapped from other characters. There is definitely a character here for everyone, but it may take some experimentation to find the one that is right for you.

You can play in Story Mode, Score Attack, Challenge Mode, Abyss Mode and Unlimited Mars mode. Most are pretty standard to fighting games, but The Abyss Mode and the Unlimited Mars mode bring something unique and different to the table. The Unlimited Mars mode has strings of much more difficult opponents as you work your way to the end, and Abyss mode will have you going down several floors beating your enemies for rewards that can be spent in the game, and the lower you go, the harder it gets. The network mode works great and I was always connected to matches with no lag or disconnects whatsoever. Playing against other humans was great and I never had trouble finding someone to fight. 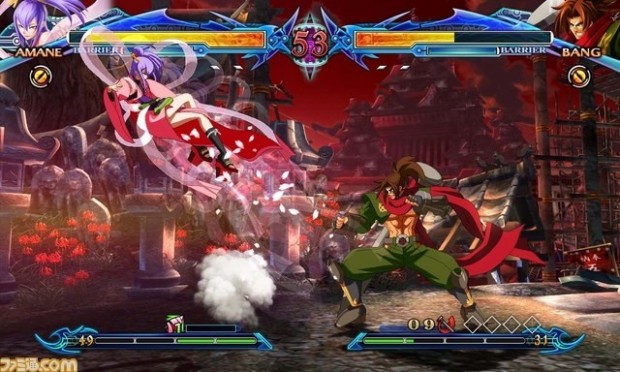 With the game being the 3rd in the series, there is a large back story to the game from the prior two titles. Generally that would be a problem if you haven’t played the original games, but this game puts in a primer to fill you in on everything if you choose to. From there, you can start one of the 3 branches of the story mode, each spinning a unique tale that will meet in the end, offering a chance for you to open up the true ending after all three branches are beaten. The story mode is really out there, and, to be honest, I had trouble keeping track of what was going on. If you enjoy the lore , then you’re in for a treat. I also found there was not enough battles in story mode. One of the branches I played had over 90 minutes of story and in that time I only fought a single match.

The art is in the game is gorgeous. All of the characters are drawn by hand and have been redone for this title. The backgrounds have a 3-D feel, but the game runs smooth with no slowdown, even with the complicated fighting. The sound is excellent as well, really adding to the mood and atmosphere of the title.

The game has 57 trophies on your way to the platinum, and you will clear some of them easily by going through training and playing the story modes. But if you really want that platinum, you’ll need mad skills. All in all, There is definitely a considerable value in playing through the game for trophy hunters seeking their next rewarding platinum.

BlazBlue: Chrono Phantasma is an excellent fighting with a ton of content, and it is tailored both for newcomers and for experts. The gorgeous art, great music and dynamic fight system make this an excellent choice if you’re looking for a game that will push you to the limit and keep you coming back for more.

You can purchase BlazBlue: Chrono Phantasma from the PSN

This review is based on a PS3 copy of BlazBlue: Chrono Phantasma provided by ARC System Works.

Tales of Xillia 2 and Tales of Hearts R new details!