Chaos Code’s story is simple and to the point, and exists only to try and explain why a bunch of people with amazing skills are fighting each other… and that’s fine. As always, the fighting itself is what should shine, and shine it does. I was instantly reminded of several Neo Geo releases while playing the game, and that put me in the right mood to review Chaos Code.

The cast features an Otaku fighter, an Italian chef, an enigmatic girl, a brother and sister duo who fight together, a ninja and several female fighters that, for some reason, end up sharing a cat motif in their design (as you can see from the trailer for the game). 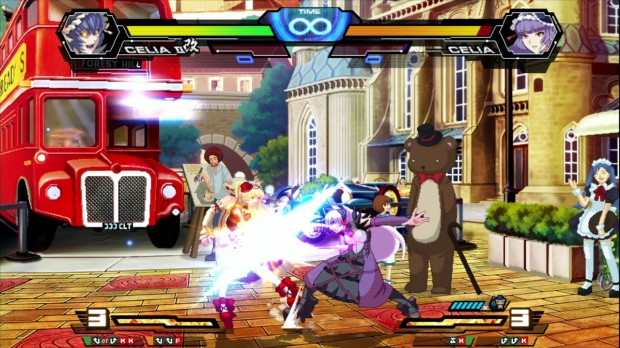 Controls are easy to understand for any fighting game fan. You move with the D-Pad or the left analog stick, and use the face buttons for two punch attacks (weak and strong) and two kick attacks (ditto). A combination of motions and taps in the D-pad or analog stick plus the press of one (or more buttons) will trigger one of several special attacks that are unique to each character, along with super attacks that can be activated when you’ve completed a full level of the super bar at the bottom of the screen.

When selecting your character, you will also have a chance to select two more skills on top of your regular move list, and you can either select two regular skills, two super skills, or mix it up by selecting one of each. Some are more useful than others, but they all help to add to a player’s gaming style. 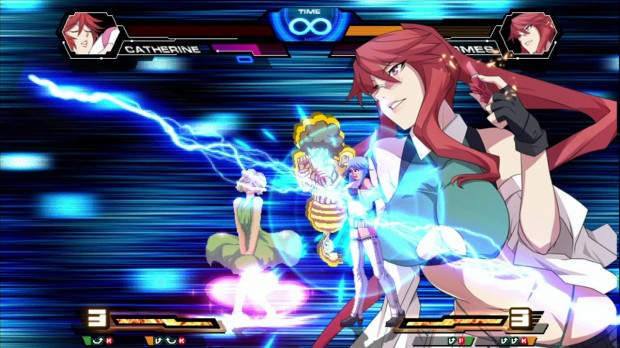 The game’s presentation is set at 4:3 for the fights with borders on the sides showing each fighter, which is a bit weird for a port of a fighting game that was released in 2011. But at least for me this wasn’t a deal-breaker since I grew up playing a ton of fighters back in the day that share this presentation, and that actually ended up playing to my nostalgia trigger.

Chaos Code might sound like a simple fighter, but there is definitely more than meets the eye. Those that are more experienced and start to dig deeper will discover that the super bar and the skills and super skills selected after picking a fighter will open a lot of possibilities during gameplay. You can, for example, jump in with a kick, go into a standing punch, attack with a low kick, trigger an EX skill (which uses a bit of your super bar to unleash a more powerful version of a regular skill) and CANCEL out of the EX skill into a Super Skill, taking away 40-60% of your opponent’s health in a single go.

Each fighter has two different endings, one of which is unlocked just by finishing the game. The other one requires a bit more work since you need to complete the first three fights by defeating your opponent with a super skill, which is easier said than done if you’re not careful and end up forgetting to fill your super bar. And yes, there are several trophies that have to do with seeing a few (and all) endings. 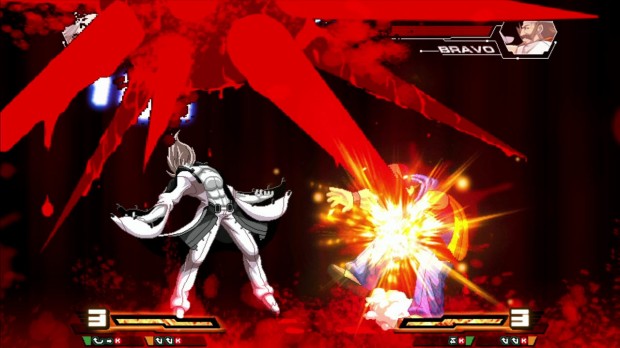 Chaos Code is a worthy addition to the fighting genre, and the small indie studio that developed the game did a great job considering they worked on a tight budget. Ark Systems Works made the right call to bring this game to PS3 since it will make fans of the genre take notice. While no online play might be something that some gamers might miss, it didn’t bother me since it helped me to focus on some good old-fashioned local fights.

This review is based on a copy of Chaos Code provided by Ark System Works.

Tales of Xillia 2 and Tales of Hearts R new details!