The popular RPG franchise from acclaimed developer, Gust, carries on the tradition of the beloved Atelier series, with alchemy as the main focal point. Atelier Rorona Plus: The Alchemist Of Arland focuses on the exploits of Rorolina Frixell, one of the most identifiable characters of the Arland trilogy, a young girl who is assigned to complete alchemy tasks over three years in order to keep her alchemy workshop and not be banished from the kingdom of Arland.

Atelier Rorona Plus: The Alchemist of Arland – Trailer

Having played Atelier Escha & Logy a few months ago, I at least knew what to expect from an Atelier game. After having spent a lot of time in Atelier Rorona Plus, I can confirm that this game is a very good game that RPG fans will enjoy.

This time, you are playing as Rorona, a teenage girl who inherits an alchemy shop just because it was about to close since its owner was too lazy to take care of it. Rorona thus takes the lead to go out of the town to gather materials and fight monsters and fulfill mandatory assignments that can take as much as 90 in-game days to complete. Fulfilling the mandatory assignments and the ton of side-quests available awards you stamps for a stamp card, and those give you access to some very nice bonuses. But, if you fail to do the mandatory objective in the 90-days given to you, your game will be over. 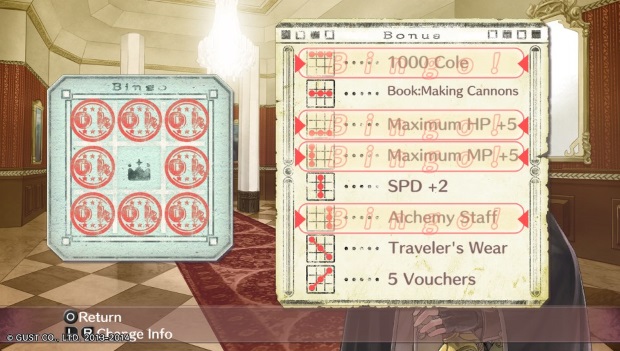 For the gameplay, each term gives you access to a few new zones that can be explored (each exploration takes a few days, so you have to be careful on how you spend your time). The enemies are always visible on the field and can be stunned before entering the battle to gain a preemptive mode. The battle system is turn-based, and surprisingly reminiscent of Final Fantasy Xâ€™s CTB (Conditional Turn-Based Battle). In the screenshot below, you can see the bar on the right side of the screen. I used it a lot to determine in which order I could defeat the monsters and receive minimal damage. The battle difficulty is relatively on the easy side for he first set of fights, and you should have no trouble as long as you bring enough healing and attack items and plan accordingly. 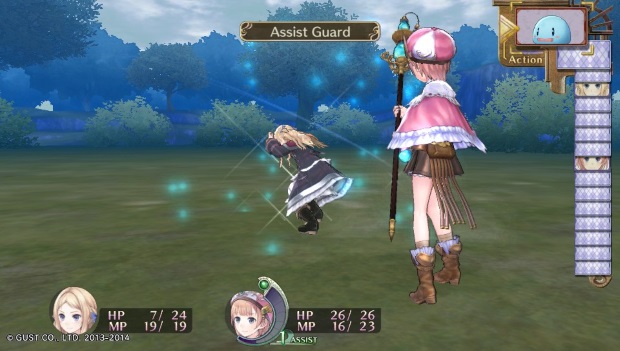 Once you’re done in the field, you have to get back to your Workshop to synthesize new items. Like in the previous Atelier game I played, you have to go through a pretty long and complex tutorial that will explain how to use the Workshop properly, but it is actually really easy to use. You have to select a recipe, then select the materials in the pre-filtered window, and then click on synthesize, to then choose some extra properties for your new item. Alchemy items are the core of this game, and youâ€™ll quickly notice that itâ€™s way cheaper to craft your own weapons and armor than it is to buy them from the shop! Synthesizing items will also raise your Alchemy Level (which is different from the Battle Levels), and raising that stat will help you to create more complex items. 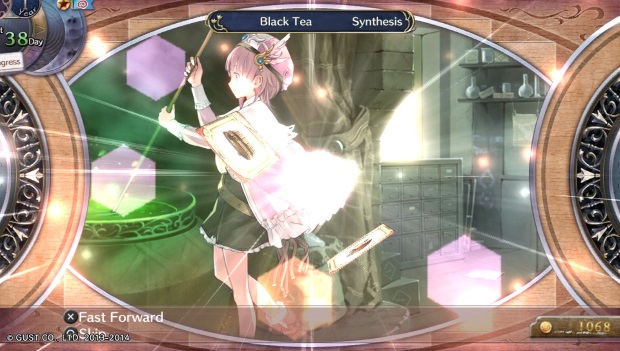 Finally, I liked the remastered soundtrack of Atelier Rorona Plus, and after listening to the originals, the new versions are for the most part way better! For the English voice overs, Iâ€™m left with mixed feelings: while most of the voices for the characters are good, the lead character’s voice (Rorona) is actually relatively average. The graphics are generally pretty sharp and fluid on the PS Vita, but I noticed that in a few segments of the game, the framerate drops for some reason.

Ah, Atelier Rorona Plus. How do I love thee? Let me count the ways. I love the relaxed yet hectic feeling of exploring the surrounding areas while making sure there are still enough days left to complete some of the quests. I love the great art style and the superb soundtrack that greatly enhances the experience 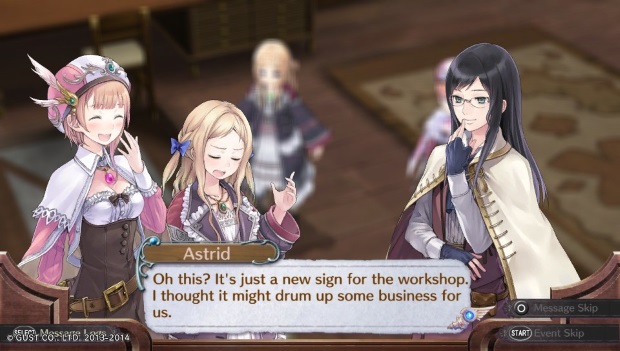 I love the side quest system since they change every single day and sometimes you can quickly complete them if you have the right item in your inventory. I love how every character feels different and unique, and how they all seem very much alive. I love that there is a separate list of goals for the term, such as increasing your alchemy level past a specific threshold or defeating X number of enemies, always making sure you’re always busy.

And something I look forward to experiencing is the new extra content, and how Meruru and Totori also show up in this game (they weren’t there before during the original PS3 release, for obvious reasons), and how I can use the new Time Capsule feature to send items to Atelier Totori Plus and Atelier Meruru Plus.

Oh, and for those of you that like to enjoy your RPG gaming at home and on the go, you can use the PSN to upload your saves to the game’s cloud service, and then download it to continue playing Atelier Rorona Plus on either system (but the game is not cross-buy, so you still need to buy one copy on PS3 and one copy on Vita!). 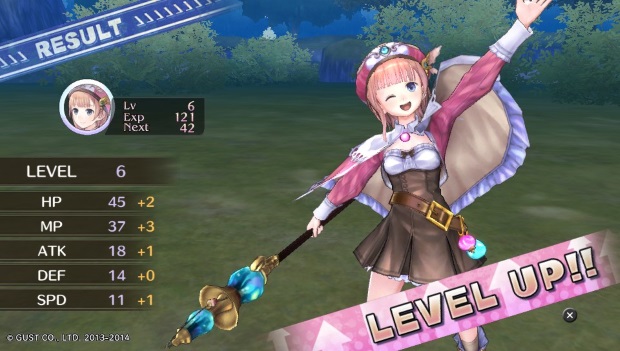 Atelier Rorona Plus: The Alchemist of Arland is a great update over the original release from four years ago. Several of the upgrades made to the Atelier series are now present in Atelier Rorona Plus, improving the game and making it a better experience. A better battle system, a better alchemy system, extra content, and being able to interact to some degree with Atelier Totori Plus and Atelier Meruru Plus makes this an easy game to recommend. As for the trophies, they are still as hard as before, so trophy hunters beware (be sure to check a guide so that you can make the most of your time with the game!).

You can purchase Atelier Rorona Plus: The Alchemist of Arland from the PSN.

This review is based on digital copies provided by KOEI TecmoÂ America.