What if someone knew your mind better than you did?

The Swapper takes place in an isolated and atmospheric sci-fi world. Players wield an experimental device which allows them to create clones of themselves, swapping their entire consciousness into new bodies to overcome the challenges of the environment.

Think: Fiendishly designed puzzles with equally clever solutions that are never more than a few steps away.
Wonder: The art in The Swapper is constructed using clay models and everyday materials, which combine to create truly unique visuals in a detailed and atmospheric environment.
Discover: A powerful and thoughtful story, told through the games environment with narrative design from Tom Jubert, the writer behind hits like Driver: San Fransisco and Faster Than Light.

The Swapper is a very interesting puzzle-exploration game that places us in the shoes of a scavenger that crashes into a space station that seems to have been abandoned by its crew… but things are not as they seem. The player will encounter what does seem to be an empty space station, but it is actually filled with weird rock formations that seem to speak directly into our mind. Is this an illusion? Is it a hallucination? Is it… real? There seems to be more at play here, and exploring the ship is the only way to find out the truth, as well as a way to escape from our current situation.

The game’s title is taken from the one and only weapon we will use in the game: The Swapper. This special gun allows us to create clones of ourselves that will mimic our every move (an important rule that will play a big role in our adventure). The game makes sure we understand how clones work before presenting to us the actual swapping mechanic (for which you aim at a clone and fire a special ray), and it also does a great job at easing us into the swapping mechanic as well.

We are soon presented with our first proper puzzle, and after quickly finding the solution we are rewarded with an energy orb. Said orbs are used as “keys” that end up opening new sections of the ship, granting us access to new locations and more intense puzzles, and if you want to finish the game you WILL have to solve every single puzzle, so do take this into consideration. 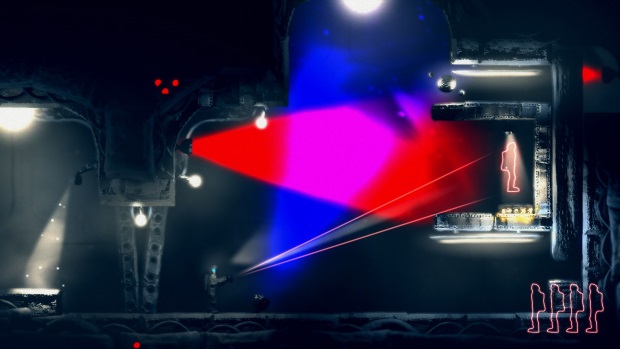 The game’s atmosphere is eerie and moody, making it easy for the player to experience the game to the fullest. And the graphics are great since everything in here is handmade, giving it a unique look that sets it apart.

As for the trophies, the game has ten trophies in total, but not a single one is obtained from progressing through the game (or from finishing it). Instead, all are awarded for finding hidden computer terminals that are in hard to reach locations that will demand that you think outside the box. Sure, this is not what trophy hunters are used to, but it does make finding a hidden computer terminal even more rewarding. Just be warned that all trophies are to be considered missable since there is a point late in the game when you can’t go back (this is when you’ve collected all orbs and are about to activate the final terminal).

The Swapper is a 2D Puzzle in which you must find your way through the Space Station in which you are stuck. Like EdEN mentioned, your only weapon is The Swapper, a Portal-like gun that allows you to clone yourself and drop that clone wherever you want to. This is the base of the game, and you are allowed to create up to four clones of yourself in each screen.

The puzzles start out by being quite accessible, but once you think you’ve got the hang of things, the difficulty escalates, and you’ll have to think a lot before reaching the Orbs! Collecting Orbs is your ultimate goal in The Swapper as it allows you to open and activate doors that will help you advance in the story, so you DO have to figure out how to reach them!

I liked a lot the ambiance and the setting of the game, which is creepy, but without any “cheap scares.” I played on the Vita version, and while I loved playing in the dark with headphones, I thought that the text and characters were very small on the OLED screen, and might have been better to follow on a big screen. Still, since the game is Cross-Buy you can go back and forth between the PS3, PS4 and Vita versions as needed by syncing your save to the cloud and downloading to each system as needed. 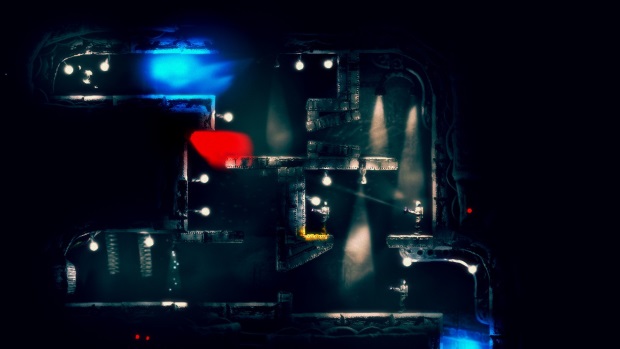 Final Thoughts
The Swapper is a solid release that will keep players busy for hours. The graphics, sound and gameplay mechanics make this a special game, and since it’s Cross-Buy (and Cross-Save!) you can play it at home or on the go at all times with no hassle. Indie releases are always welcome, but when they’re as good as The Swapper, it’s even better news.

You can purchase The Swapper from the PSN.

This review is based on digital copies provided by Curve Digital.