This preview of Hyperdimension Neptunia Re;Birth1 covers the few first hours of the game. Stay tuned for a full Vita review closer to the game release (August 26)!

Right at the beginning of the game, you are left with the main character Neptune being amnesiac. She soon meets with a new friend which will help you on the field, with the game’s beginning tutorial. 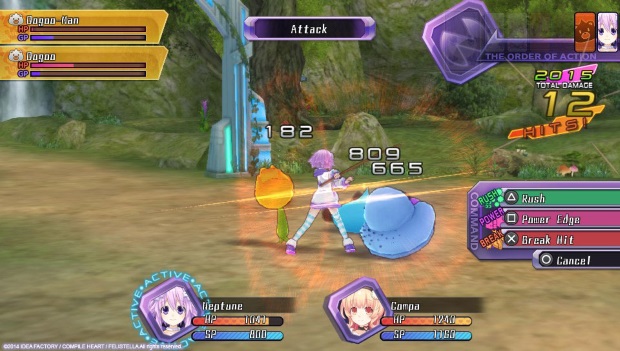 The battle system itself is a turn-based/action hybrid because you have to wait for your character’s turn to act, but once its turn is up, you can press a few different buttons to launch attacks, and you can press as many as your character has energy. The first few battles weren’t hard at all, but I’m guessing that the game will turn out harder as it progresses.

I didn’t have the chance to play the original Hyperdimension Neptunia game on the PS3, but the small time I spent battling on the Vita version left me wanting for more. Also, take note that the game features a lot of light-hearted humor and does not take itself seriously, which is a relief from typical Japanese-RPGs! 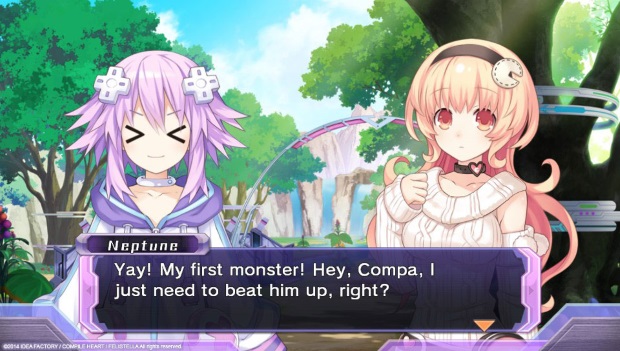 If you played the original version, here are the differences with the PS3 release:

Receive Blank Discs to craft your own Game Discs! You can create unique equippable items by burning Idea Chips (abilities) onto Blank Discs! Depending on the Idea Chips used, a Godly Game may result, which will grant you an additional ability!

DLC brings more playable characters and more! Additional characters will be playable through DLC; players can increase the level cap to 999; and additional monsters, quests, and dungeons will be available!

Idea Factory is also hosting a contest in which you could win copies of the game. If you are interested, click here to enter!