[PS3 Review] The Walking Dead: Season Two - No Going Back

The Walking Dead: Season Two – A Telltale Games Series continues the story of Clementine, a young girl orphaned at the outset of the undead apocalypse, left to survive in a world gone mad. Players will struggle to outwit both the dead and the living in situations that will test their morals and control the flow of the story through the choices that they make.

The Walking Dead is set in the world of Robert Kirkman’s award-winning comic book series and offers an emotionally-charged, tailored game experience where a player’s actions and choices affect how their story plays out across the entire series. 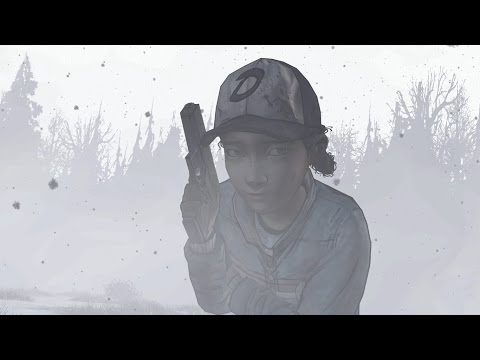 The Walking Dead: No Going Back is finally available on PS3, ending this chapter of the series on a high note. As you can imagine from a game such as this, there are some spoilers ahead, so be warned.

I ended Episode 4 by shooting Rebecca after she had turned (one would think from losing so much blood from giving birth), since I was trying to save her baby. As you can imagine, all hell broke loose, and an all-out battle took place between Clementine’s group and Arvo’s Russian friends.
During the shooting, Luke is injured but the rest of the group comes through in one piece. Considerably pissed, Kenny is about to shoot Arvo before Clementine manages to convince him to spare the kid. Arvo tells the group there is a place where his group has stashed food, meds and supplies, and promises to take them there. 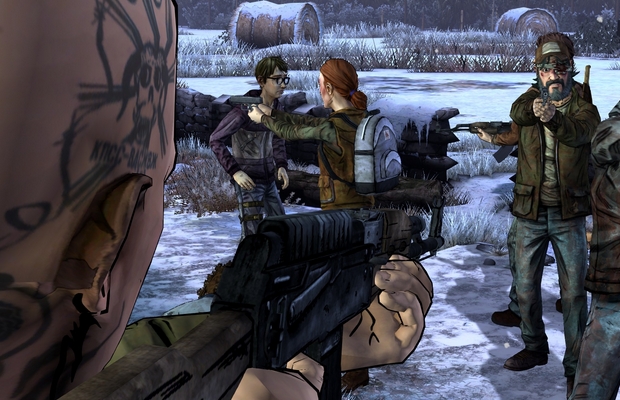 Upon arriving at the house (a cabin by a frozen lake), the group is faced with either crossing the lake or finding another way to get there. I decided to walk through the lake, which seemed like a good choice at first… until walkers started to come out of the woods and attack the group. Turns out the weather was not cold enough to freeze the walkers, and Clementine must once again make a choice that could save a member of the group or be the end of the road.

After this, the group decided to rest for the night after such a long journey, making the most of the peace that surely won’t be there by the morning…

Those are enough spoilers for the day. Rest assured that the final half of this episode is one of the best for the whole season, and players will face several crucial decisions that will completely change the outcome. 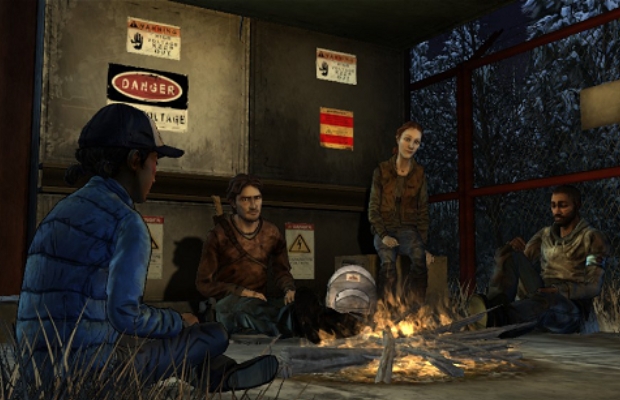 The Walking Dead: No Going Back brings closure to the season while still leaving the door open to what could be two very different stories for Season 3 depending on the choices made by players during Season 2. Things were very different and more hectic for this last episode of The Walking Dead, and I can’t wait to see what Telltale Games has in store for us for the next release in the franchise.

You can purchase The Walking Dead: Season Two – No Going Back from the PSN.


This review is based on a digital copy of The Walking Dead: Season Two – No Going Back provided by Telltale Games.