Set in a parallel universe created by the suddenly appearing Serpent King Orochi, players can enjoy the refreshing action of mighty warriors in the tactical action game series WARRIORS OROCHI. The series is full of unique components such as an original story with heroes from the Dynasty Warriors and Samurai Warriors series and a three-man team battle mode.

Players can fully enjoy the dramatic story WARRIORS OROCHI 3’s many heroes even more with new characters who can participate in battle and additional scenarios. Additionally, many new components, such as new actions, and a new ‘Gauntlet Mode,’ in which players can enjoy a party battle have been added, making this truly the ultimate WARRIORS OROCHI 3.

WARRIORS OROCHI 3 Ultimate, which I will just refer to as Warriors for the purpose of this review, is a combination of the Dynasty Warriors and Samurai Warriors Series. It takes elements from both series and combines them into one powerful package for your enjoyment. The game is almost overwhelming at first, thrusting you into a major battle right from the start, but you will quickly learn the ropes to help save the world.

The story starts in a giant battle against a huge hydra that has destroyed most of the world, and you’re about to take a last stand as the only warriors left on earth who can save it. It’s a great start for the first battle, but you are not meant to succeed. You quickly find that you are overpowered by the Hydra and it’s forces, and retreat with the help of a mystic to a previous time. She will let you travel back to battles back in time that were lost, except now you can change how the battle ended, thus saving the armies and warriors and having them back in the future for the last stand against the Hydra. It’s a great concept that tries something different from a lot of games these days. 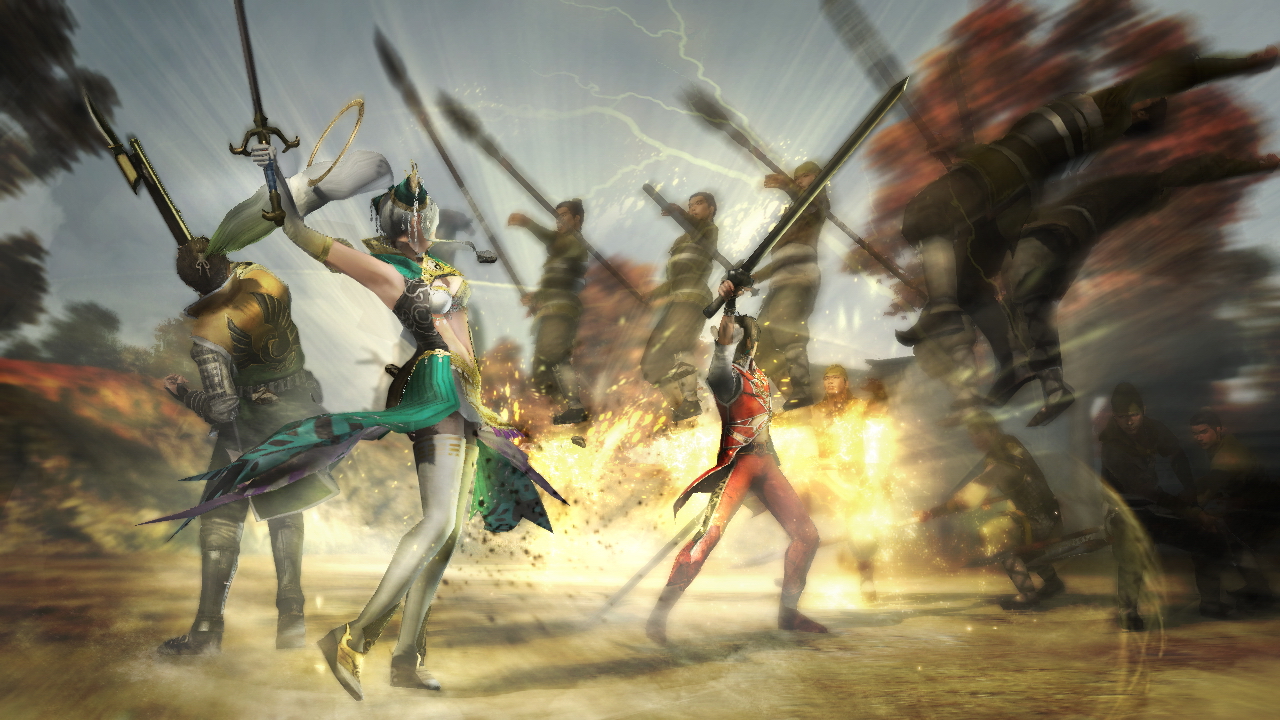 The battles are massive, and I do mean MASSIVE. In one battle, I killed over 1500 enemies. Battles have a big scale and tell a good story. You select up to three characters before going in, and during the fight you can easily switch between the characters using the shoulder buttons. Each character has a different fighting style that you can change on the fly, and there are also Musou moves for each character that look awesome and take out a ton of enemies. There are also triple attack moves featuring all of your selected characters that do massive damage and that can easily change the outcome of a battle. There are over 130 characters in the game, giving you a ton of value. There are even some special guest characters from the Soul Calibur and Dead or Alive Series, which is a really nice way of providing some extra fan service.

The game displays hundreds of characters on screen at any giving time and does a good job handling it. The battles are intense with no slowdown on the PS3. That being said, the same enemy characters models are repeatedly reused over and over again, which makes it less unique, but that’s a trade-off for what you are getting. Mashing the attack button might help at first, but in order to Platinum the game the player must learn all combos and techniques available. Speaking of the Platinum, be ready to spend 100+ hours working towards that goal! 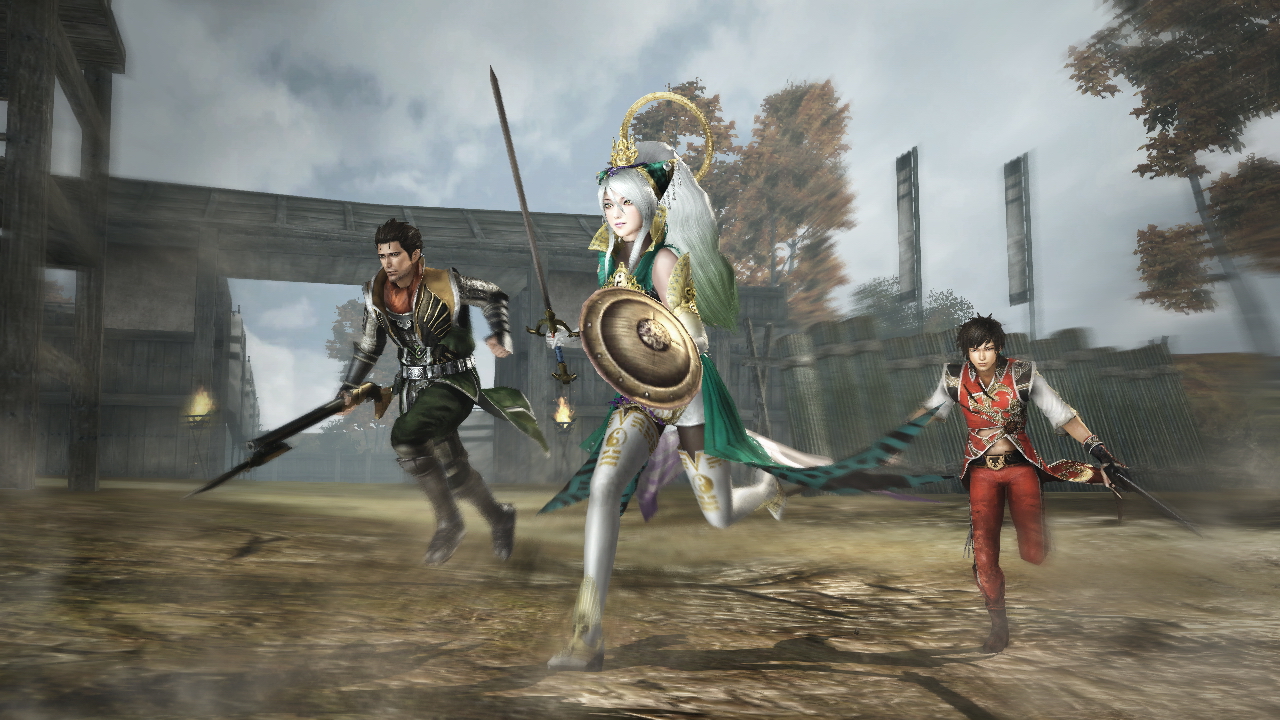 Like The_Nmac mentioned in part of this review, WARRIORS OROCHI 3 Ultimate begins abruptly (after a really cool introductory movie) and leaves you immediately in the heat of the battle with a giant Hydra. The battles are overwhelming at first because it feels like we have been dropped into an end-game battlefield, and a ton of enemies attack you (look at the screen-shot below !). The enemies aren’t all that aggressive but its not unusual to have around 30 of them attacking you at once. 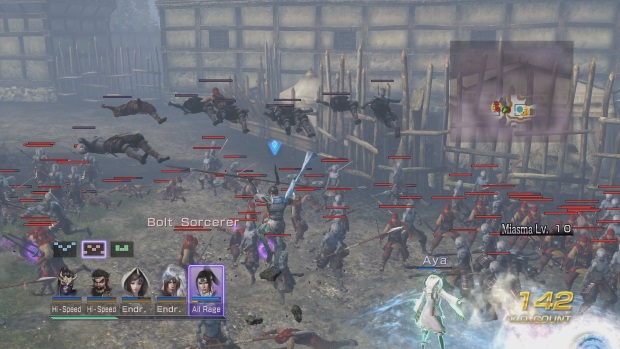 I noticed that the level design is not linear, and I got lost more than once in some maps. Mind you, I didn’t think it was a negative point of the game, because it felt more like a “real” battlefield instead of being a linear campaign.

On the PS Vita, I noticed that the field of view is relatively short: as you move, you will often see background elements appear, and the enemies also usually only appear when you are close to them. They do not attack immediately, so you can still take the lead of attacking them before they react to your presence. 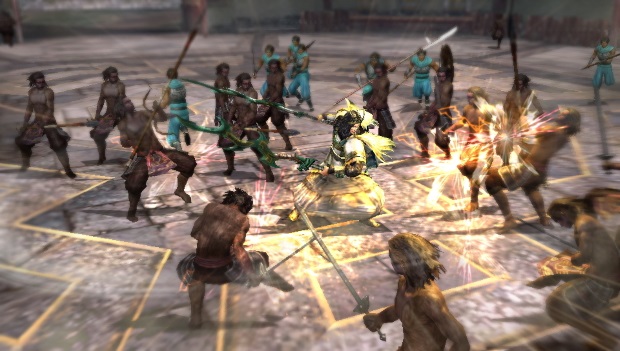 There are also a few other game modes available in WARRIORS OROCHI 3 Ultimate. The first one is the online mode in which you can battle against other players. I tried it twice but never got to play against someone else since the lobbies were empty. There is also a mode called the Musou Battlefield in which you can create your own maps and even edit what the characters says. Other players’ work can even be downloaded and played. You can also go into the gallery, in which you can see the character models, CGI movies, download wallpapers for your system, and even read the story elements of the previous WARRIORS OROCHI games in order to understand what led to the events in the current game.

Final Thoughts
WARRIORS OROCHI 3 Ultimate is a game that fans of the series will like. It’s a mindless RPG (that might seem a little niche) in which you must kill thousands of enemies in a short time in order to reach the objective of each map. There are a lot of very beautiful cut-scenes, and they’re very enjoyable. The developers also made a good effort on the online components of the game.

[review pros=”Story is intriguing and there are several gorgeous in-game movies
Over 130 Characters with a few great Guests
A lot of online features (duels, map creation, etc.)” cons=”Field of view is narrow on the PS Vita version” score=73]

You can purchase WARRIORS OROCHI 3 Ultimate from the PSN store


This review is based on a PS3/PS Vita copy of WARRIORS OROCHI 3 Ultimate provided by Tecmo KOEI America.