XSEED Games has let us know that SENRAN KAGURA SHINOVI VERSUS will be released on PlayStation Vita on October 14 in a limited edition physical version, along with a digital release. Want to learn what’s included on the physical edition?

SENRAN KAGURA SHINOVI VERSUS is a battle action game created exclusively for the PlayStationÂ®Vita handheld entertainment system. In SENRAN KAGURA SHINOVI VERSUS, players will take control of the girls from four different factions and battle it out to become the last shinobi squad standing. There will be 20 fighters to choose from, with each having their own unique weapon, techniques, and Ninja Arts. 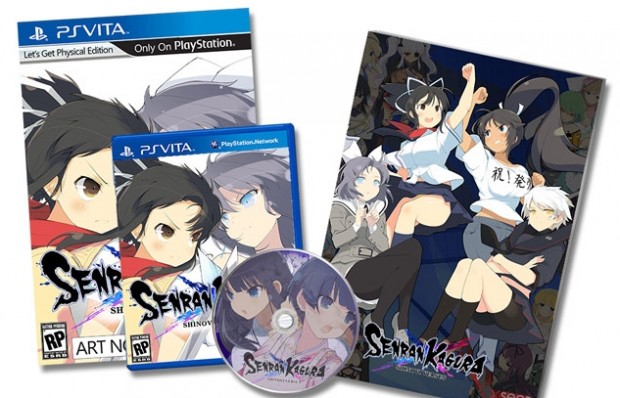 The “Let’s Get Physical” Limited Edition will include a huge strategy guide + art book (144 pages!) as well as a soundtrack CD with 39 tracks from the game, all included in a special collector’s box. If you want it you better act fast since units are limited. The Limited Edition will retail for $49.99 and the digital version will release at $39.99.