Jabberwock Islandâ€”Once a popular tourist destination, you and your classmates at Hope’s Peak Academy have been brought to this island by your teacher. Everyone seems to be having fun…until Monokuma returns and restarts his murderous game! Trapped on this island of mutual killing, your only hope rests in solving the islandâ€™s mysteries.

Danganronpa 2 brings a new tale of woe with an all-new cast of characters that have been recruited by Hope’s Peak Academy as the best guy/gal at what they do (which is why they’re called ultimates). Our “hero” is Hajime Hinata, the Ultimate… well, he’a the Ultimate at something, or else he wouldn’t have been recruited by Hope’s Peak Academy but, other than remembering his name, Hajime has no clue about what makes him special.

While Danganronpa: Trigger Happy Havoc was set inside of Hope’s Peak Academy, the sequel changes things around by placing this new group of students… on an Island! Not only that, this island has everything they need to have a great time: a fully stocked supermarket, a five stat hotel, pristine beaches, a farm and even several exotic locations to explore. It seems that the goal of this school trip is for all students to get to know each other better before they have to return to Hope’s Peak Academy to study hard to become even better at what makes them the Ultimate in their field. 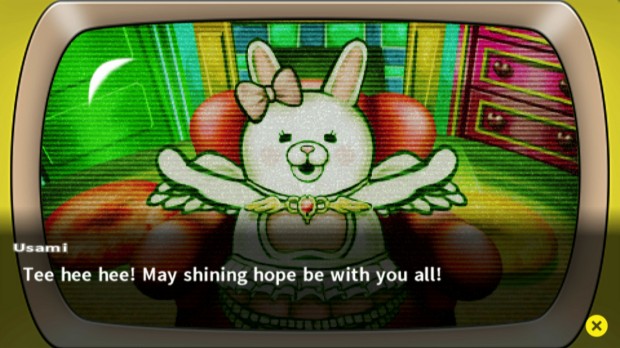 As is usually the case 99.99% of the time, when something seems too good to be true… After the player is introduced to all of the characters, Monokuma, the crazy principal from the first Danganronpa, shows up to change the status quo. No more “get to know each other and enjoy your time in the island.” If a student wants to leave, he/she needs to get away with murder! If/when a student is found dead, the rest of the class must find clues as to who the killer is AND prove it in a class trial. If the killer is found, he is executed right away and everything continues as is, but if the killer gets away with murder and the wrong person is accused, then the killer is free to go and EVERYONE ELSE IS EXECUTED. 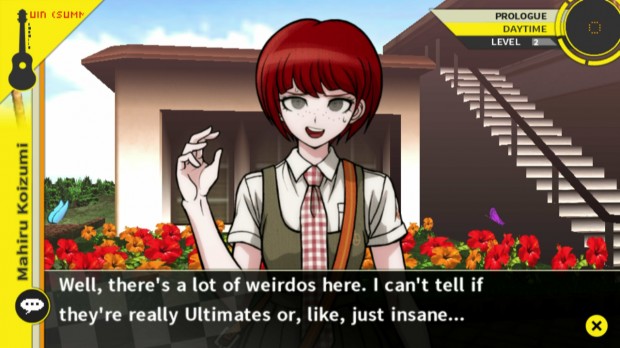 With the stakes being so high, and with tensions rising every second, it isn’t long before a student is found dead, and the real game begins…

I really can’t go ahead and talk about the story because experiencing everything that Danganronpa 2 has to offer is a huge part of what makes the game shine. Rest assured that if you’re a visual novel fan, the twists and turns in this game’s story will make it enter your Top 5 Visual Novels of All Time as soon as you complete the main story mode.

The presentation for the game leans on the 8-bit factor for some elements, from the main menu to the in-game, as well as for the map, the report card or the pet minigame (more on that later). It reminded me a bit about No More Heroes 2, which is always a good thing. Unlike Danganronpa, you move around in a 2D plane at the start, on maps that loop back to the start lf each section, similar to the NES Friday the 13th game. Once at the hotel, the game’s perspective changes and you move around like you did in the dorms at Hope’s Peak Academy in the first game. 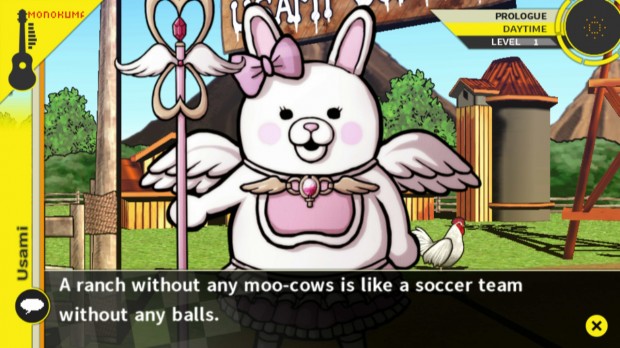 Going back to the pet mentioned at the start of the review, this is an extra sidequest thing to do, and it’s also tied to a trophy. Every step you take in the game will help your pet grow from being an egg into a small pet, and then to one of several pets depending on how good you are at taking care of it. Cleaning its poop and giving it presents will keep your pet happy, and it will trigger one of a handful of potential pets. If you suck at this you will end up triggering a particular pet that will showcase how bad you are at this. 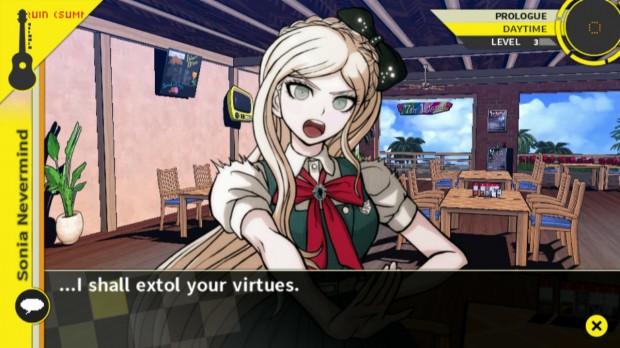 Danganronpa 2: Goodbye Dispair improves on its predecessor with a great new cast of characters, more content, and an excellent story with an amazing twist that makes this a must-have for visual novel fans. The game keeps you coming back for more and more, and I can’t wait to learn more about the next installment in the series.

Want to experience Danganronpa 2: Goodbye Despair? Then why not buy it from our Amazon Store?

This review is based on a digital copy of Danganronpa 2: Goodbye Despair provided by NIS America.